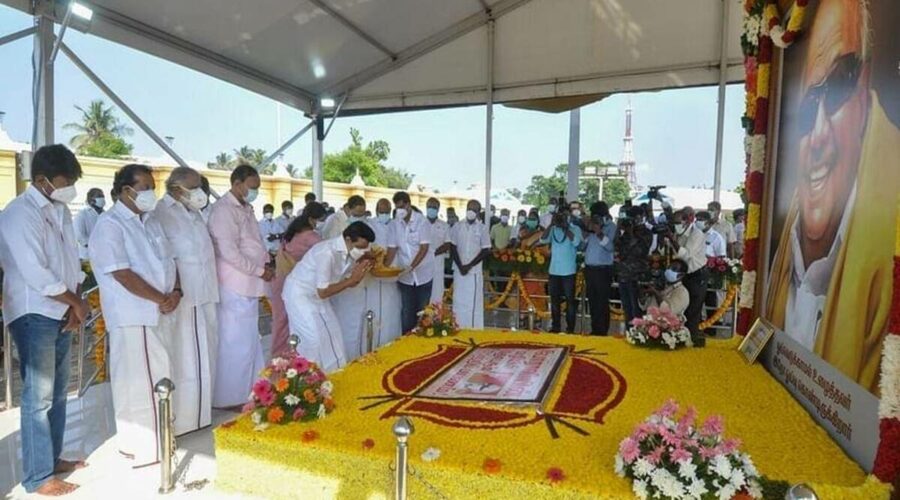 Further, Chief Minister MK Stalin announced an incentive of Rs 5,000 for all police personnel ranging from constables to Inspectors engaged in Covid-19 duty. 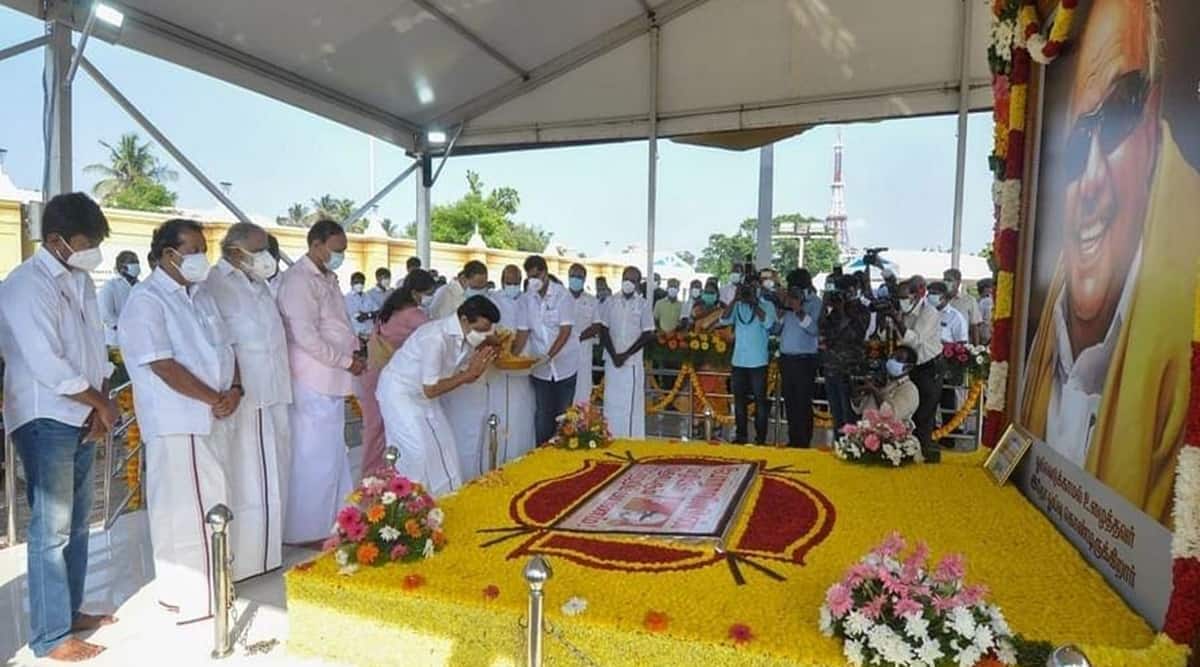 On the 98th birth anniversary of former Tamil Nadu chief minister and DMK patriarch late M Karunanidhi on Thursday, the state government made six major announcements including construction of a 500-bed multispecialty hospital at a cost of Rs 250 crores in South Chennai and extending the free bus travel scheme for trans women and differently abled.

The multispecialty hospital will be set up at the premises of King Institute of Preventive Medicine and Research in Guindy.

The government has also decided to set up ‘Kalaignar Memorial Library’ — a state of the art library — at Madurai in memory of the DMK veteran at a cost of Rs 70 crores.

The DMK government further said it will institute ‘Ilakkiya Maamani’ award for Tamil writers to strengthen regional literature. A total of three writers will be chosen for this award each year, who will be awarded a certificate and a cash prize of Rs 5 lakh.

In a bid to encourage the recipients of Jnanpith, Sathiya Akademi, state literary awards and other international and national awards, the state government will provide them houses in a district of their choice.

It has also decided that Paddy storage warehouse and drying yards will be set up at a cost of Rs 30 crores in Tiruvarur.

Further, Chief Minister MK Stalin announced an incentive of Rs 5,000 for all police personnel ranging from constables to Inspectors engaged in Covid-19 duty. A total of 1,17,184 police personnel are expected to be benefitted by this initiative.

Earlier in the day, Stalin visited the memorial of Karunanidhi at Marina and paid floral tributes. Party MP Kanimozhi and other senior DMK leaders were also present alongside the CM.