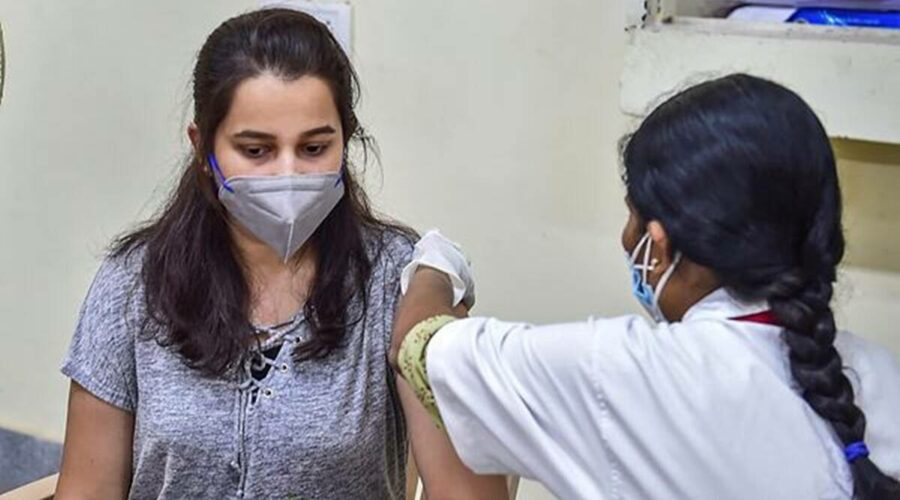 Karnataka recorded 11,958 fresh cases and 340 more deaths on Monday. Out of the fresh deaths reported, 199 were from Bengaluru Urban. Other districts that reported the most fatalities were Mysuru (17), Belagavi (15), Hassan and Haveri (10 each).

As many as 27,299 people recovered from the infection, with recoveries continuing to outnumber fresh cases continued. The state now has 2,38,824 active cases.

The Karnataka government Monday announced that a total of 168 state-run hospitals outside BBMP limits in Bengaluru would be upgraded within three months. The announcement was made after a meeting of the state’s Covid-19 ministerial task force.

“We have approved the upgrade of 149 taluk hospitals and 19 district hospitals in the state, outside BBMP limits, by spending Rs 1500 crore as we prepare to face a possible third wave of Covid-19,” Deputy Chief Minister C N Ashwathnarayan said.

Ashwathnarayan, who is also the head of the ministerial task force, added that the deadline to upgrade the health facilities was set at three months. He said that around Rs 800 crore was set aside for infrastructure-related work, with the remaining amount earmarked for salary expenses that recur every year.

Responding to a query, Ashwathnarayan clarified that triage centres (TCs) and Covid Care Centres (CCCs) would be kept in an operational state till all people get at least get one dose of vaccination. “That is to say, they (TCs and CCCs) need to remain functional till the month of December,” he explained.

When asked about augmenting public health facilities within the BBMP limits, Ashwathnarayan said, “Finding the land or space required is the main task. The BBMP Chief Commissioner has been asked to find suitable spaces within two weeks.”

The Deputy CM also claimed that the state would receive 80 lakh vaccines this month and more doses over the next few months. “Around 51% in the age group above 45 years have been vaccinated,” he said.

Karnataka Chief Minister B S Yediyurappa Monday appealed to MLAs from his party to prioritise Covid containment in their respective constituencies over any politicking.

“As people continue to face hardships due to the Covid-19 pandemic, all BJP MLAs should give preference towards containing it in their respective constituencies. I request you not to go ahead with politicking and (any) signature campaigns and assist the people instead,” Yediyurappa mentioned in a tweet.

The statement comes hours after some BJP MLAs, including his political secretary M P Renukacarya, stating that they would submit letters to the party high command by collecting signatures in favour of Yediyurappa to let him continue to be the CM in the state.

The municipal body chief’s statement comes a month after he admitted that the Karnataka capital was facing a shortage of vaccines, explaining that had led to the civic body prioritising jabs for those in need.

Gupta added that presiding officers have been appointed at static vaccination sites for the same age group and that the population in slums was covered by drives held in partnership with ACT and other local NGOs.

Till date, BBMP has administered over 34.68 lakh vaccines, out of which 6.13 lakh were second doses. The vaccination coverage last week was 4.15 lakh in private facilities and 1.67 lakh in government-run centres.

Reacting to Prime Minister Narendra Modi announcing that states will no longer have to procure Covid-19 vaccines directly and the Centre will distribute doses for free, the  Karnataka unit of the Congress reacted, “Better late than never. The central government’s decision to take responsibility for vaccine procurement is welcome.”

However, KPCC President D K Shivakumar said, “Thanks to the Supreme Court which forced the central govt to see reason. Karnataka government needs to focus on equitable distribution of the vaccines.”

Further, he tweeted, “India is still figuring out its vaccination strategy. Correcting its blunders. If we had got this right, if only BJP had listened to Sri @RahulGandhi ji, we could have saved lakhs of lives in second wave. India needs to vaccinate 1 Crore people a day to defeat Third Wave.”

Earlier on Monday, Shivakumar had announced that Congress frontals would work together to expand free vaccination drives offered by the party. “We have already launched a drive to vaccinate 3 lakh people. Congress workers and leaders are procuring vaccines with their personal money to vaccinate people. We are organizing camps in villages and talukas to reach out to every section of the society,” he said after holding marathon meetings with prominent leaders of the Kisan Congress, Indian National Trade Union Congress, Indian Youth Congress, All India Mahila Congress and National Student Union of India from the state.

With business suffering due to a dip in footfall owing to lockdown, the Bengaluru zoo is reaching out to people to adopt and name animals and offer donations to raise resources.

Officially named Bannerghatta Biological Park (BBP), the zoo has three more units, for safari, a butterfly park and a rescue centre that operates within an area of 731.88 hectares.  A self-sustained organisation run only by gate revenue, the fall in visitors due to Covid-19 has impacted business, Chief Conservator of Forests, Bengaluru and In-charge Executive Director of BBP R Gokul said.

“In spite of this, the zoo is taking care of 2,388 animals belonging to 102 different species. So, we request citizens and organisations to adopt animals to contribute towards their partial cost of feed and veterinary care,” Gokul said.

The officials of BBP have also appealed to the public to contribute towards a day’s feeding cost of some of the zoo residents. “Daily feeding cost of an Asian Elephant, for example, is Rs 3,000 and the zoo has 25 of them. There is a provision for income tax rebate under 80G for animal adoption or donation,” officials noted.