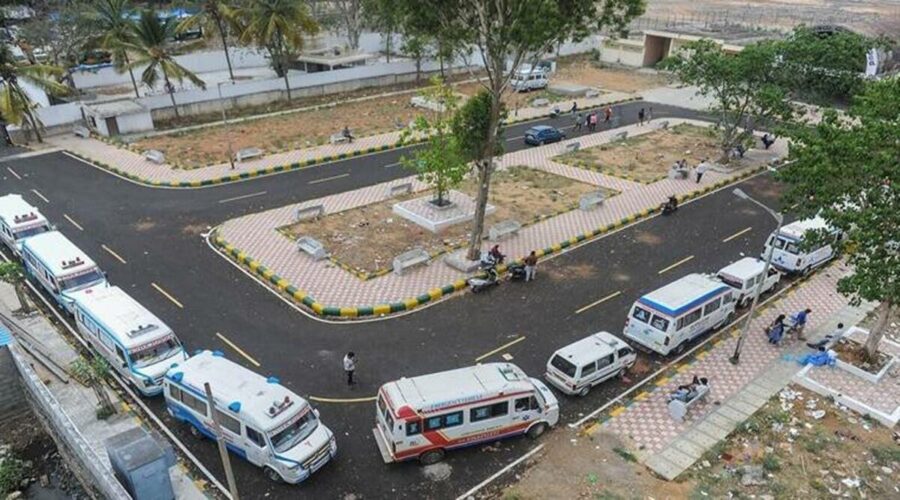 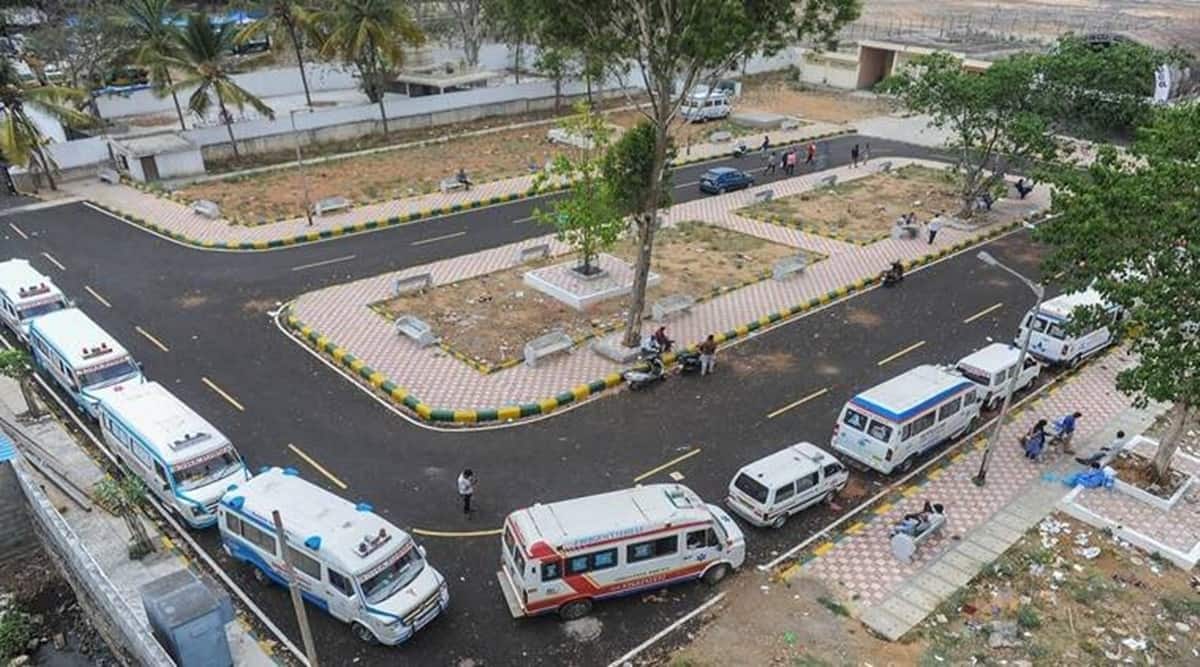 On a day when the Karnataka Department of Health and Family Welfare linked 143 more deaths in the last few days to the pandemic, top leaders from the ruling BJP hinted that the weekend curfew might be extended. They, however, indicated that a complete lockdown is unlikely to be imposed at the moment.

Union Minister for Chemicals and Fertilizers D V Sadananda Gowda said, “Weekend curfews will continue if necessary. CM Yediyurappa will discuss the matter with his cabinet colleagues on Monday to take a decision.”

Also the Lok Sabha MP representing Bangalore North, Gowda met Health Minister K Sudhakar, Chief Secretary P Ravikumar, MLC Y A Narayanaswamy, and Additional Chief Secretary (Health and Welfare) Jawaid Akhtar in Vidhana Soudha on Sunday. “We are pained to see the high number of deaths in the last few days. While chances are that the intensity of the pandemic will reduce, the next 10 days are crucial for us,” he said. 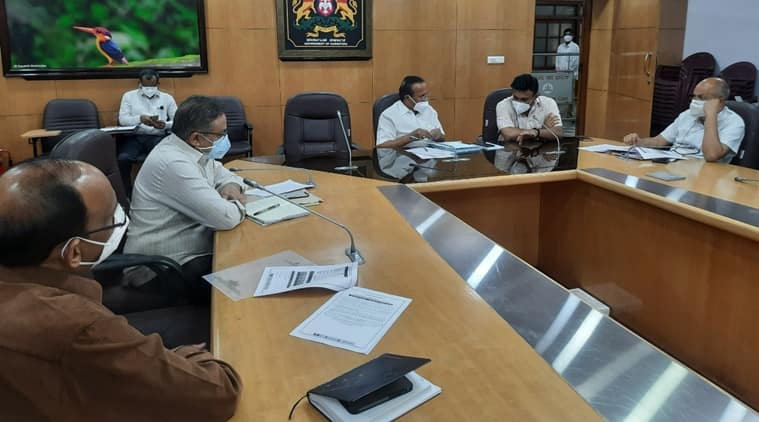 The Union Minister also discussed the central government’s allocation of resources such as medical oxygen, remdesivir, and vaccines to the state. While the Centre announced an allocation of 800 metric tonnes of medical oxygen and 1.22 lakh vials of remdesivir to the state on Saturday, Gowda claimed, “We (Centre) have also met Karnataka’s demand for three lakh vaccines by April 30.”

Meanwhile, Industries Minister Jagadish Shettar clarified that the state government had no plans to impose lockdown throughout the week yet. “We have no proposals to impose curfew during the daytime on weekdays yet. However, we are considering night curfew and weekend curfew for one more week, as announced. There has been no final decision of announcing any lockdown,” he said in Dharwad.

Shettar further blamed the attitude of the people for the second wave in the state. “The casual attitude and negligent behaviour of the people have led to this rise in new Covid-19 cases,” he said.

Bengaluru: 7 crematoriums to allow bodies of only Covid-19 victims

The Bruhat Bengaluru Mahanagara Palike Sunday announced that seven crematoriums in the city have been identified as dedicated spaces to cremate only victims of the pandemic, referred from BBMP Covid hearse van helpline.

According to an order issued by the SWM Special Commissioner, BBMP marshals have been directed to ensure that guidelines are followed and only RFID (Radio-frequency identification)-enabled vans are allowed to the crematoriums. The list with the order mentions crematoriums at Medi Agrahara, Kudlu, Panathur, Kengeri, Summanahalli, Peenya, and Banashankari as dedicated crematoriums for Covid-19 cases.
Also Read |No govt support for resident doctors infected with Covid, Karnataka association alleges

“However, non-Covid and walk-in Covid bodies shall be sent to the remaining five crematoriums until further orders and TR Mills & Tavarekere for open cremation,” the order mentioned.

In a bid to avoid large gatherings at crematoriums, the Special Commissioner has also requested jurisdictional Deputy Commissioners of Police (DCPs) to deploy police personnel.

Earlier on Sunday, the Karnataka government had reduced the number of attendees allowed for each cremation/funeral from 20 to 5 till May 4.

The Karnataka government Sunday decided to postpone practical examinations for students of second-year PUC (pre-university college), scheduled to be held across the state from April 28. However, theory examinations will be held as planned from June 21 to July 5.

Primary and Secondary Education Minister S Suresh Kumar said that the decision to postpone practical exams was taken based on several requests made by stakeholders concerned with the process. “The department of pre-university education (DPUE) has decided to act on requests from parents, teachers, and students to postpone practical exams in the wake of the ongoing Covid-19 situation in the state,” he explained.

From 55 new infections reported last Saturday (April 17) to 1077 cases on Sunday (April 25), the Covid-19 tally in Kodagu district has seen a daily spike of nearly 20 times. The rural district situated with a hilly landscape had reported 548 cases on Saturday which was the highest single-day tally till then.

As of Friday, since March 2020, the district had reported a cumulative 7216 cases. However, the number has risen to 8841 with 1625 new cases over this weekend. While 2,089 of these cases are active, the district has witnessed seven fatalities linked to the pandemic since April 1. The cumulative death toll in the district is 80.

Meanwhile, the district administration released Covid-19 helpline numbers to assist those in need. They are as follows:

Even as most people in Bengaluru chose to stay indoors adhering to the weekend curfew announced across the state to mitigate the ongoing coronavirus crisis, the Bengaluru City Police (BCP) seized 2,151 vehicles from different parts of the city, between 10 am and 8 pm, for allegedly violating the guidelines.

With the central government making vaccination for all adults from May 1, Congress leaders from Karnataka has urged the BJP-led state government to make vaccination free for all.

“Why has Karnataka govt still not announced free vaccination for all,” state Congress chief D K Shivakumar questioned on Sunday. Taking a jibe at the Centre, he added, “India is probably the only country which is discussing vaccines prices, when it’s being given for free across the world.”

Shivakumar further stressed the need for free vaccination. “Free vaccines should be given to all citizens and a roll-out plan be shared as soon as possible,” he urged.

Meanwhile, Leader of Opposition in the Karnataka Legislative Assembly Siddaramaiah accused the Modi-led government at the Centre of “creating a barrier” by increasing the price of vaccines. “Instead of encouraging people to get vaccinated, @BJP4India govt has created a barrier by increasing the prices of vaccines. Mr. @narendramodi, Instead of PR events like ‘Tika Utsav’, ensure free #Covid19 vaccination to everyone,” he wrote in a series of tweets.

The former Karnataka CM criticised BJP MPs from the state as well. “Where are the 25 MPs from @BJP4Karnataka hiding during this time of crisis? These MPs should sit in front of @PMOIndia @narendramodi’s house & demand the necessary facilities required to tackle the pandemic,” he added.

The Department of Health and Family Welfare Services on Sunday the state has recorded 143 more fatalities across the state (77 in Bengaluru Urban alone) due to Covid-19, with which the cumulative death toll rose to 14,426.