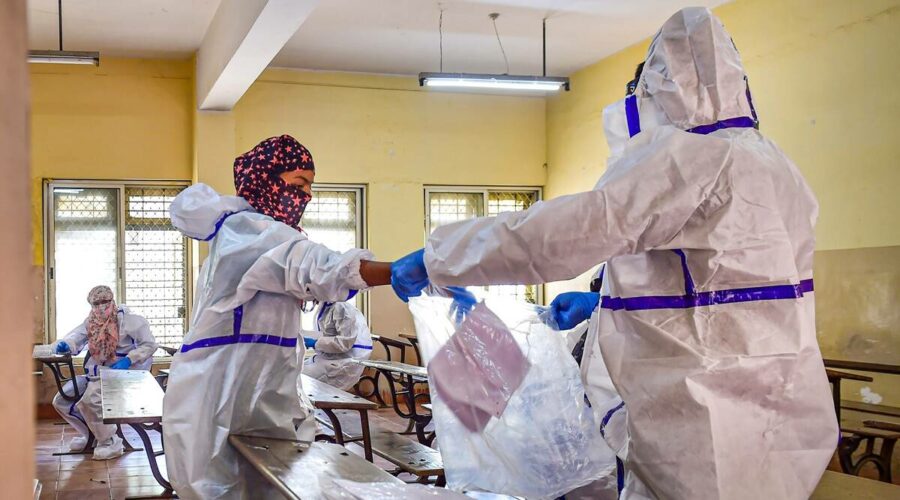 Bengaluru Urban reported 1742 new cases of Covid-19 out of the total 2799 from across the state on Monday. Meanwhile, 16 more deaths in the last few days were linked to the pandemic by the Department of Health and Family Welfare Services on March 29, 2021. 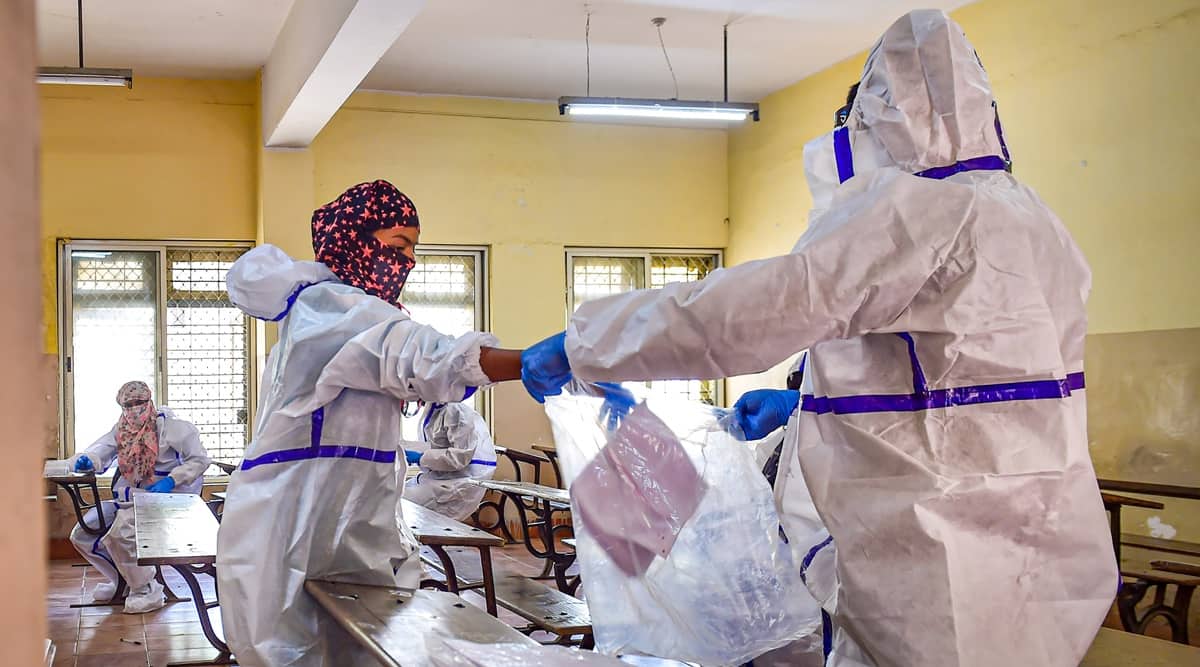 With the daily test positivity rate breaching the 3 per cent mark for the first time in 2021, Karnataka — especially Bengaluru Urban and a few other districts —continued to witness a trend of growing daily Covid-19 caseload on Monday as well. However, Chief Minister B S Yediyurappa Monday reiterated that there will be “no lockdown” in the state.

Instead, after a meeting with top ministers of the cabinet, the CM announced, “No protests or public rallies will be allowed for the next 15 days… Also, parties in apartments in Bengaluru will stay prohibited.” He also urged people to wear masks and to follow all Covid-19 norms stipulated by the government, warning violators of “strict penal action”.

Yediyurappa also highlighted that infections are being reported more among people in the age group of 20 to 40 years. “Stringent steps are being taken to trace, test, and treatment of the affected,” he added.

To put things in perspective, Karnataka used to report a daily test positivity rate (TPR) under 1 per cent a month back consistently. This has now risen by over five times, forcing the government to place more restrictions to contain the pandemic. While the TPR on February 28 was 0.62 per cent, the same rose to 3.2 per cent on Monday (March 29). 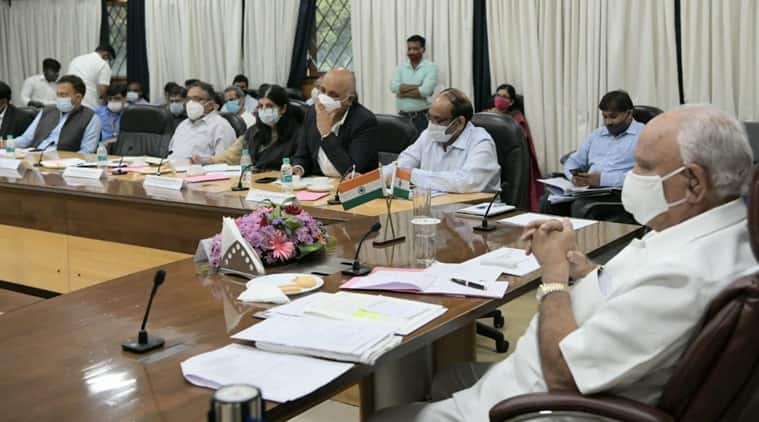 As Bengaluru continued to be the hotbed among all districts in the state, the state government Monday named eight senior IAS officers as nodal officers for each zone within the limits of the Bruhat Bengaluru Mahanagara Palike.

Further, the CM said, “1166 beds have been allocated for COVID-19 treatment in Bengaluru Urban and Bengaluru Rural. Each (BBMP) ward will have two mobile squads.” While two Covid Care Centres, to enable isolation and monitored healthcare for asymptomatic patients, have been opened at Haj Bhavan and HAL recently, one more at Koramangala Indoor Stadium (National Games Village) is scheduled to begin operations on April 5. 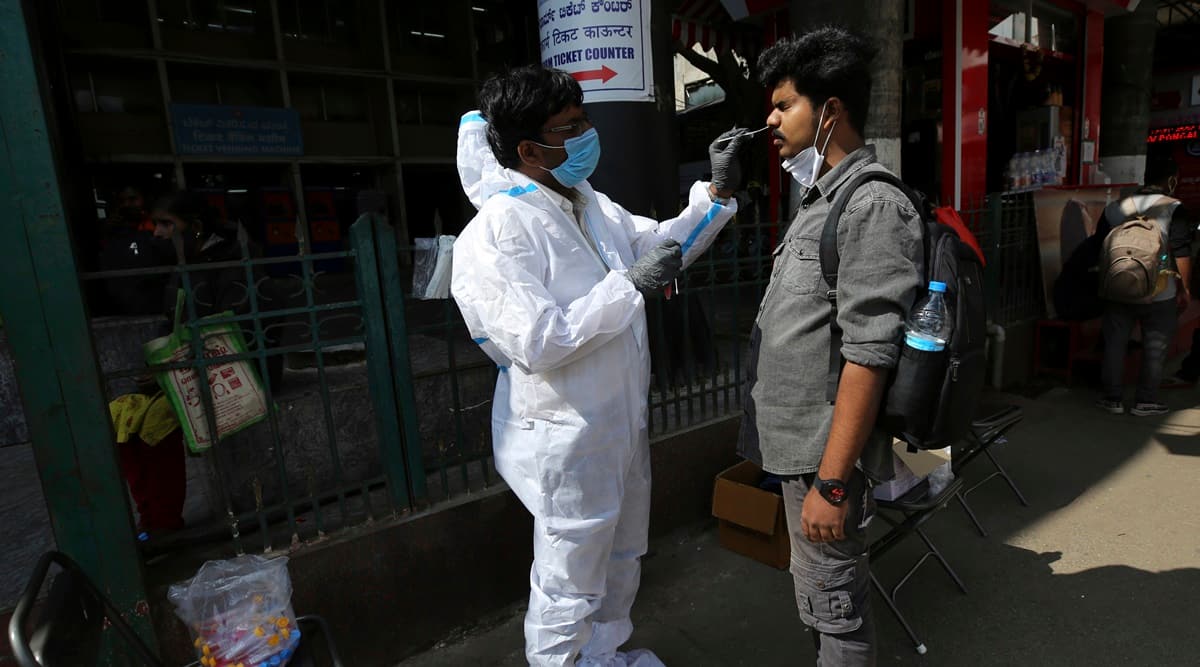 With cases on the rise, two pubs — one each in North and East Bengaluru — have been closed in two consecutive days after members of the staff working in these popular locations tested positive.

While eight staffers tested positive in Indiranagar’s Toit Brewpub, 16 members of the staff at 1522 – The Pub in Mathikere were confirmed of coronavirus infection on Sunday. All cases were asymptomatic and were identified as part of random testing, BBMP officials added.

“After identifying more cases in pubs in different parts of the city, we have decided to enhance testing among primary contacts as well. While most pubs and restaurants have recorded proper logs of visitors, a few have failed to do so. This is expected to make our jobs tougher in identifying clusters,” an officer in charge of Covid-19 surveillance in the city told Indianexpress.com.

The official added that three family members of the staff at Toit Brewpub had also tested positive. “There are 99 primary contacts and 119 secondary contacts in this cluster,” the officer added.

The Bengaluru City Police Commissioner Monday directed all police inspectors in the city to take “strict action against people not wearing masks.” In an internal memo issued by Commissioner Kamal Pant, the SIs were asked to deploy more officers as part of “Police Mask Enforcement Teams” across the city.

While the cops have decided to strengthen enforcement at areas like markets, malls, bus stands, parks, pubs, and restaurants, Pant has directed SIs to submit reports naming violators to enable legal action against them for flouting norms.

“If any establishment repeatedly violates the same (Covid-19 guidelines), report should be submitted for appropriate legal action against the concerned,” he said.

Bengaluru Urban reported 1742 new cases of Covid-19 out of the total 2799 from across the state on Monday. Meanwhile, 16 more deaths in the last few days were linked to the pandemic by the Department of Health and Family Welfare Services on March 29, 2021.

Other districts that reported most cases are Bidar (247), Kalaburagi (118), and Mysuru (110). At the same time, 1964 others recovered from the infection while 56,374 people were inoculated across the state.

Identified as the cluster with the highest active caseload in Karnataka, 196 others had tested positive at the engineering college on Saturday and Sunday.

Bengaluru: 10 out of 29 active containment zones linked to educational institutions

However, when asked whether the government would decide to shut down institutions, CM Yediyurappa said that children were more “disciplined” at schools than at home. He explained, “Children will follow social distancing, will wear masks and use sanitisers when at home. If they are at home, there are more chances of them mingling with other children while playing putting them at a higher risk of getting infected.”

Meanwhile, several private schools have decided to move all classes back to only online mode in the wake of the second wave.