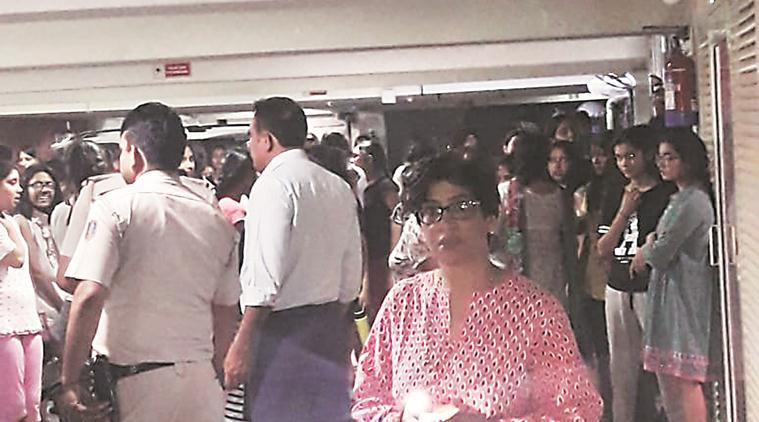 The girls who were rescued from the building that caught fire then took shelter in the next building. Most girls, from outside Delhi, are preparing for competitive medical exams at institutes nearby. 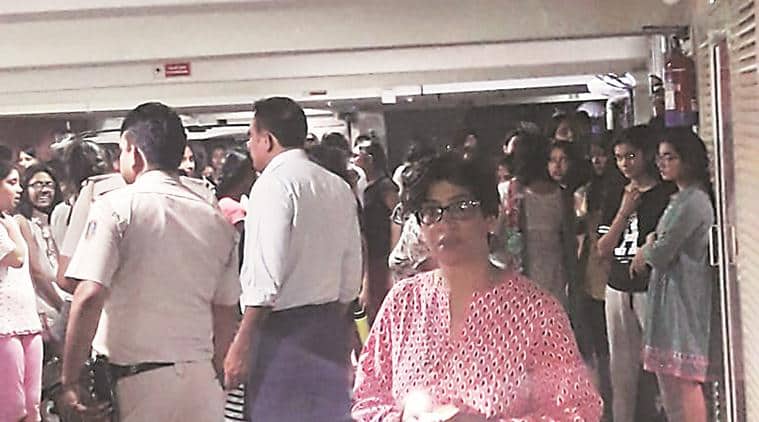 Around 2.30 am Wednesday, as smoke billowed from the ground and first floors of the Kaveri Girls’ hostel in West Delhi’s Janakpuri, screams for help woke up a 17-year-old girl. Her parents told The Indian Express, “Her room is at the end of the passage on the first floor and when she came outside, there was smoke everywhere. Other girls were asleep and she tried to wake them up.”

The 17-year-old was one of the 50 to be rescued by the Delhi Fire Services (DFS). She was one of the six to be admitted to a hospital for shortness of breath after inhaling smoke.

The hostel comprises two double-storey buildings, with 25 rooms in each. The girls who were rescued from the building that caught fire then took shelter in the next building. Most girls, from outside Delhi, are preparing for competitive medical exams at institutes nearby.

While some woke up hearing screams, a 16-year-old said she was woken up by the hostel warden. “We were led out of our rooms and into the balcony… people downstairs helped us climb down,” she said.

Eyewitness Bunty Sharma (35), who works in a building next door, said, “I was called by the guard as a precautionary measure, in case the building I work in caught fire. When I got here, DFS was battling flames on the ground floor. People went inside the building and broke windows and balcony doors on the first floor to let the smoke out.”

Usha Malik (54), owner of the building, claimed staff used extinguishers to douse the flames, “which were contained in a small area near the electricity meter on the ground floor”. “Our wardens woke the girls up and brought everyone out from the three fire exits… I’m happy no one was injured,” she said.

(Ananya Tiwari is an intern with The Indian Express)

05/29/2019 Cities Comments Off on Janakpuri girl’s hostel fire: ‘Woke up to screams, smoke in hallway’
India