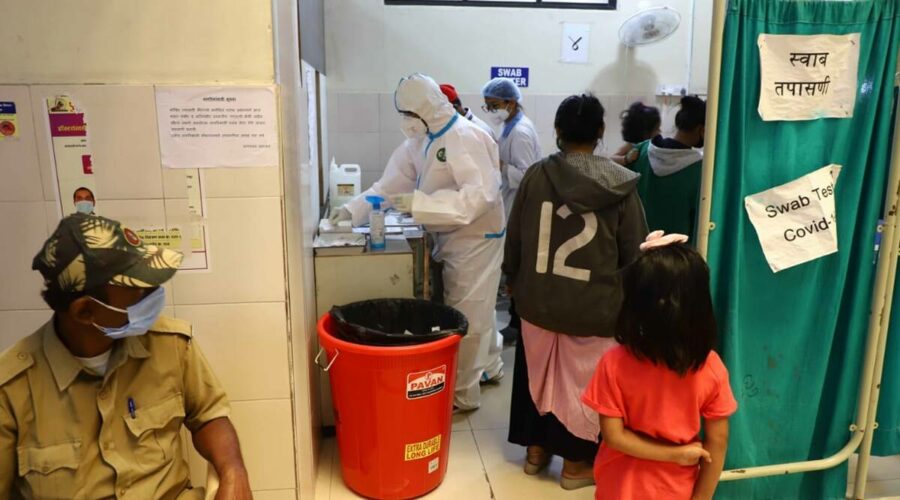 Although the district has a high daily count as compared to other districts in the state, the case fatality rate is 1.6 per cent, which is 0.4 per cent lower than the state average. Out of the 59,000 active Covid-19 cases in Pune district, only 1.7 per cent are critical and are being treated in hospitals, according to official data.

As per information shared by the district administration, out of the active patients, 94.4 per cent are asymptomatic, 3.9 per cent of patients have mild symptoms. As per a separate report, as on March 27, 13,954 patients are receiving treatment in hospitals where 3,163 patients were on oxygen support, of which 943 patients were admitted to Intensive Care Units of various public and private hospitals, and 2,220 were outside ICUs but on oxygen support.

The district contributes about 19 per cent of the total cases in the state. The cumulative count of cases in the district so far since March 2020 is 5,19,600 cases, including 4,961 fresh cases recorded on Monday.

Weekly fatalities due to COVID-19 have also seen an increasing trend since the beginning of March, with 30 deaths recorded in the first week, 52 in the second, 51 in third, and the fourth week (March 22 -28) saw 85 deaths.

As per officials involved in Covid management, there has been a steady rise in hotspots areas in the district and instances where entire families have been infected. This has prompted the administration to reopen facilities for institutional isolation to segregate infected persons from non-infected family members.