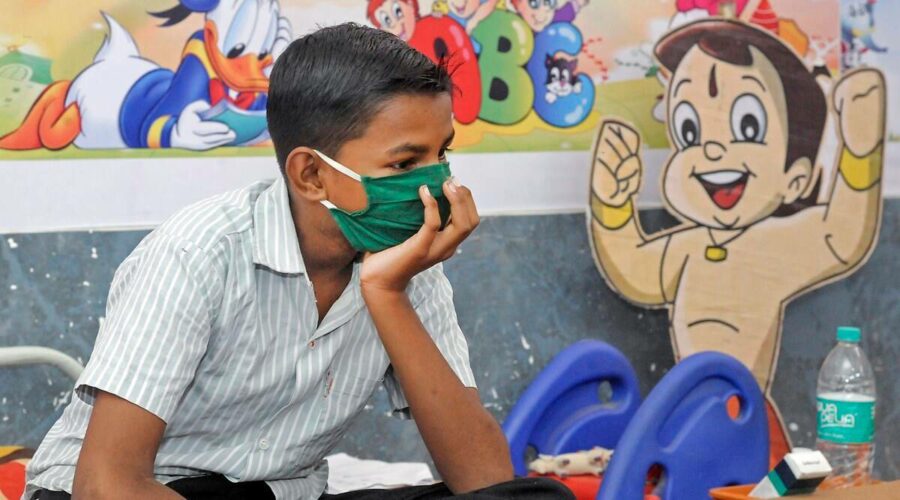 Civic body to rehabilitate orphaned children and give one-time aid of Rs 10,000 to 2,000 women widowed by pandemic Three children in Pimpri-Chinchwad have lost both parents to Covid-19 while 253 have lost either their father or mother since the beginning of the pandemic last year, a civic body survey revealed.

Of the 253, 212 children lost their father and 41 lost their mother. Approximately 2,000 women were widowed due to Covid-19, the survey by the Pimpri-Chinchwad Municipal Corporation (PCMC) found.

Jagtap said PCMC will rehabilitate the three children who have been orphaned and help the other children under various schemes of the women and child welfare department.

Additional Municipal Commissioner Vikas Dhakane said that under welfare schemes of the women and child welfare department, widowed women will get Rs 10,000 as one-time aid. “However, we are trying to see if we can pay them Rs 25,000 to one lakh. We will need the state government’s permission for this,” he said.

“A majority of men who died of Covid-19 are in the 30 plus age group. Many of them are married. We estimated that more than 2,000 women have been widowed,” said a health department official.

Health officials said that from June 5 to 12, there were more recoveries than new cases. “As many as 2,600 patients recovered in this period while 1,970 were infected. Every day, we are registering less than 300 cases this month. In March and April, the number of daily cases was between 2,000 and 3,000,” officials said.

06/14/2021 Cities Comments Off on In Pimpri-Chinchwad, three children orphaned by Covid-19, 253 lost one parent
India