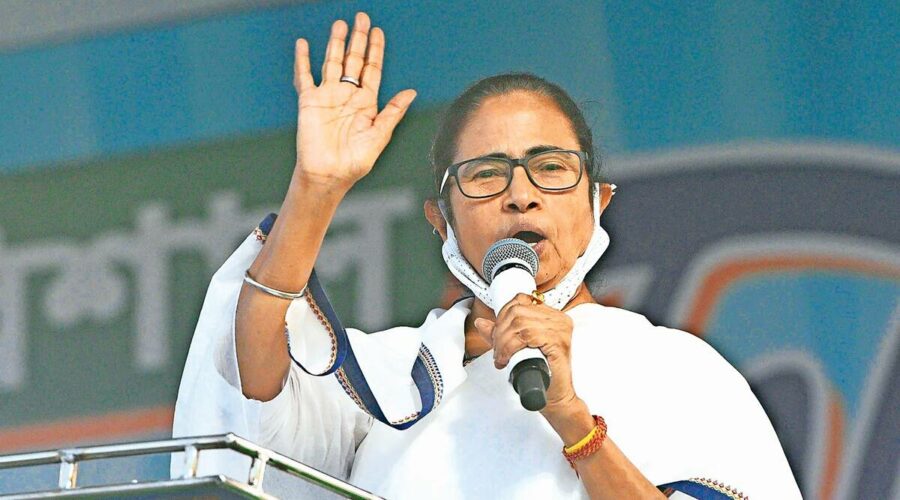 TMC sources said that women MLAs and those from from the SC/ST and minority communities may be picked by Chief Minister Mamata Banerjee in her new Cabinet. With the Assembly polls done and dusted, and the TMC romping home with over 200 seats, all eyes have now turned to the formation of the new state Cabinet.

TMC sources said that women MLAs and those from from the SC/ST and minority communities may be picked by Chief Minister Mamata Banerjee in her new Cabinet.

Also, to offset the clout of TMC rebel and newly elected BJP MLA from Nandigram, Suvendu Adhikari, in Midanpore, Banerjee is expected to accommodate his detractor Soumen Mahapatra and Akhil Giri in her Cabinet.

In an irony of sorts, Banerjee lost the Nandigram battle to Suvendu by 1,956 as she alleged discrepancy in counting and decided to move the Supreme Court. Midnapore and neighbouring districts have been the Adhikari family’s pocket borough.

A senior TMC leader said, “All the names shorlisted for the new Cabinet will be finalised by Didi (Banerjee). However, many new faces will be accommodated. Women and MLAs from the minority and SC/ST communities will be get priority.”

Sources said the decision on the new council of ministers would be taken at TMC’s core committee meeting chaired by Banerjee after taking oath on Tuesday.

Banerjee went to the Raj Bhawan at 7pm on Monday and submitted her resignation as chief minister to Governor Jagdeep Dhankhar. She also staked claim to form a new government. “Hon’ble CM @MamataOfficial called on me and submitted her resignation as CM and the same has been accepted. She has been requested to continue till alternative arrangements are made,” Dhakhar tweeted after the meeting.

The MLAs of the TMC unanimously elected Banerjee as the legislative party leader at a meeting earlier in the day.

05/04/2021 Cities Comments Off on In new Cabinet, more SC/ST and women may be inducted
India