People scrambling to get their family members admitted say getting a bed still proving difficult; oxygen cylinders for home in short supply 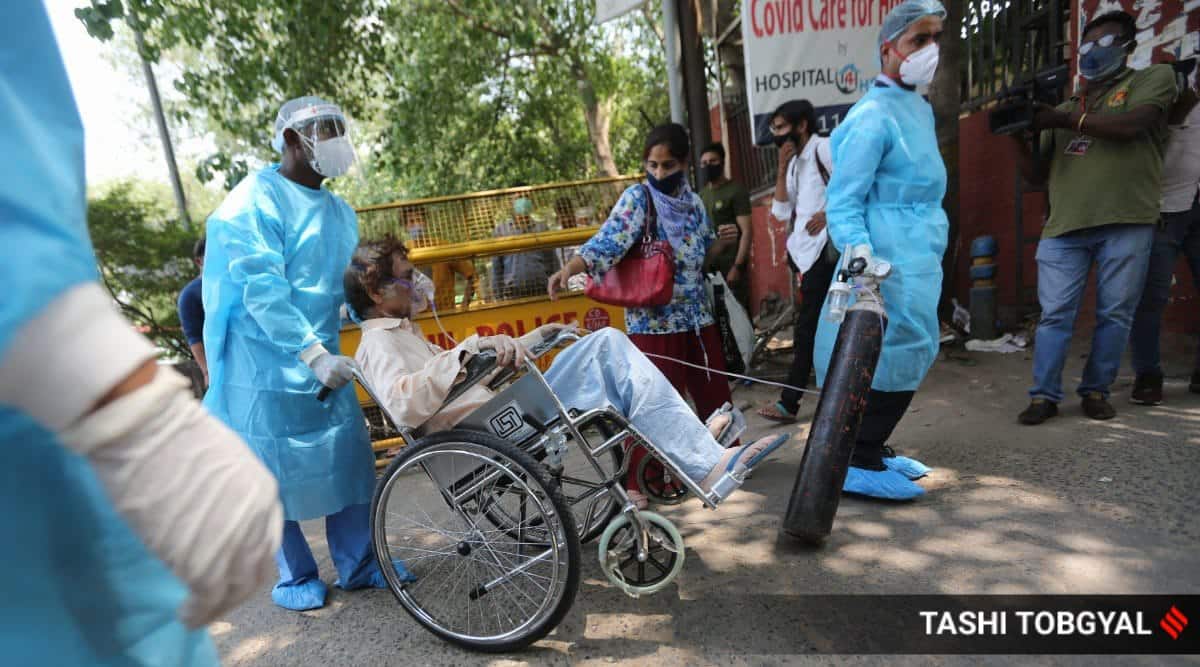 As college professor Salma Khan (71) tested positive for Covid and her health dipped, her family began the hunt to find him an ICU bed in Delhi.
Over three days, Salma’s family made more than 300 calls and visited 25 hospitals, big and small. With nothing panning out, the family on Friday decided to take her to Moradabad, 170 km away, to a local hospital.

As per the Delhi corona app, out of 4,590 ICU beds in the city, only 45 were available on Friday afternoon.

Speaking from Moradabad, Salma’s relative Farhan said, “She got oxygen for a few hours but doctors told us she is a high-risk patient and are now asking us to discharge her. We have been making cash payments since the morning and now are running out of money. We just want her to survive.”

Several patients The Indian Express spoke to said that while getting into an ICU at the moment is next to impossible, even finding oxygen at home is proving a challenge. Some who manage to get their hands on a cylinder struggle to find a kit that goes with it, while others have been lugging empty cylinders to locations such as Mayapuri industrial area for refilling.

Dinesh Sethi’s mother Lalvati, 73, tested positive five days ago. Unable to find a bed in Delhi, her family said they have made calls to hospitals in Ghaziabad, Haryana and Punjab. “They are saying we should wait in Delhi. If we leave, my mother can die on the way but if we stay she might die at home,” Sethi said.

Suruchi Agarwal wept over the phone as she recounted the futile struggle to get her 78-year-old grandmother, Sarbati, admitted to a hospital after the elderly woman collapsed in the bathroom at their Chattarpur extension home. Her immediate family members have also tested positive and are unable to do rounds of hospitals. “She fainted and we were unable to even move her to the bed. All our sources were exhausted looking for even an oxygen cylinder or a bed. So far nothing has come through,” Suruchi said.

Girvadar Khawaja, 57, on the other hand, managed to find an oxygen cylinder but it lasted just six hours. Her son, Hamid, said they are now looking for an oxygen concentrator. “I don’t know how long she will be able to keep up,” Hamid said.

Sandeep Dahiya (37), an official with the Ministry of Defence, said he suspects his mother, Chandni Devi (85), has Covid but he hasn’t been able to get her tested so far. “I am on the lookout for a cylinder; it is proving to be quite a challenge,” Dahiya said.

04/23/2021 Cities Comments Off on In Delhi, relatives of Covid patients at wits’ end: ‘No beds at hospitals, no oxygen at home’
India