After Prasanth went missing on April 11, 2017, his father Babu Rao lodged a complaint with the Madhapur police station in Cyberabad on April 29. A case was registered in this regard and as efforts were on to trace him, the family received a video message from him in 2019 that he was detained in Pakistan. 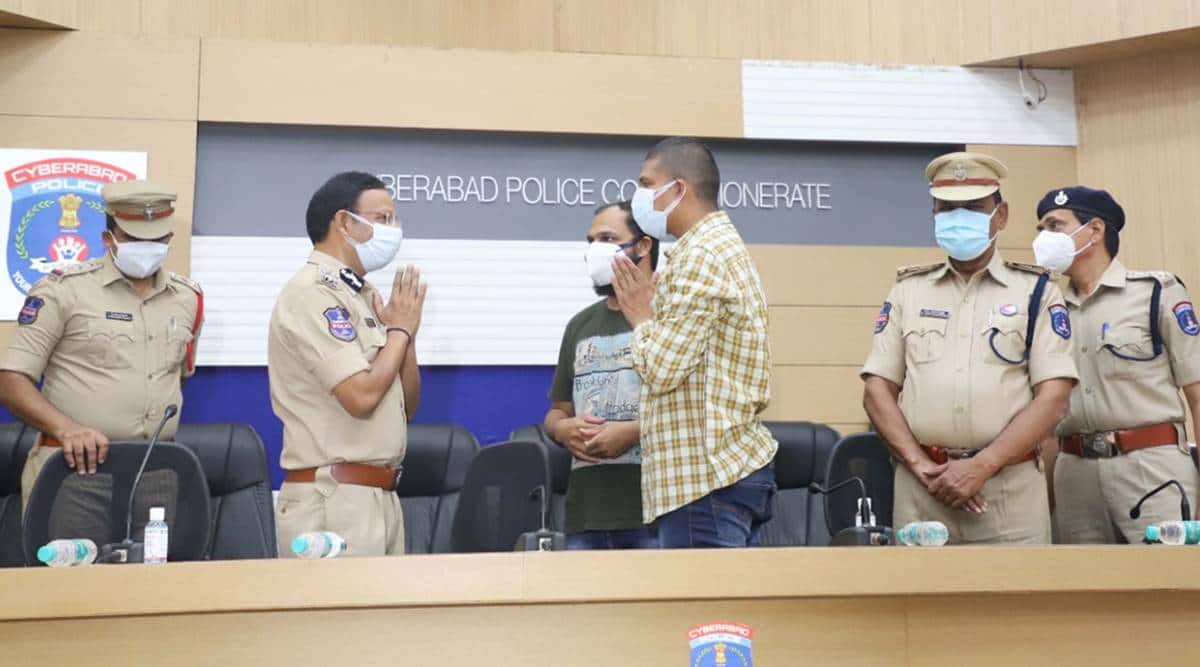 After spending four years in a Pakistan jail, Hyderabad-based software professional Vaindam Prasanth returned home safe on Tuesday. Prasanth, a native of Visakhapatnam, according to police, had illegally crossed over to Pakistan while ‘trying to go to Switzerland on foot’. The 32-year-old was arrested in 2017 on suspicion that he was an Indian spy.

He was released on May 31, 2021, and handed over to Indian Authorities, said Cyberabad police commissioner VC Sajjanar on Tuesday. Speaking to the media, Prasanth thanked the government for bringing him back at the earliest. “I saw several people like me over there, hailing from different states, languishing for years. It is very difficult to come back once you are there because you know the situation between India and Pakistan. I never thought I could return in four years,” he said.

After Prasanth went missing on April 11, 2017, his father Babu Rao lodged a complaint with the Madhapur police station in Cyberabad on April 29. A case was registered in this regard and as efforts were on to trace him, the family received a video message from him in 2019 that he was detained in Pakistan.

The family immediately approached the Cyberabad police, the state government, and the Government of India for assistance to bring him back. Prasanth had set out on the journey to meet a Switzerland-based woman who he had met on social media. He had met the woman’s parents in Madhya Pradesh proposing to marry her. Upon being rejected, he decided to get to Switzerland by any means. He told reporters that he learnt that one could walk to Switzerland in 61 days and decided to try it. After returning to Hyderabad, he said he should have listened to his mother and stayed home.

According to Sajjanar, Prasanth wanted to reach Switzerland for some personal reasons and as he did not have sufficient financial support, he wanted to reach there on foot. He left home on April 11, 2017, and boarded a train to Bikaner, Rajasthan, and reached the Indo-Pak border. He crossed the border illegally by jumping over the fence. After walking deep into the Pakistan territory, he was apprehended by Pakistan authorities. Later, Pakistan authorities booked a case against him for illegal entry. After completion of the conviction period, he was released and handed over to Indian authorities at Attari border, Punjab, and brought to Hyderabad to be reunited with his family members.

“Because of a continuous follow up by the Telangana government with the Minister of External Affairs and Ministry of Home Affairs, Government of India, the missing person was released and handed over to Indian Authorities on 31.05.2021, who in turn handed over him to P. Ravindra Prasad, Inspector of Police, Madhapur Police Station at Attari, Punjab,” said the Cyberabad police commissioner.

06/02/2021 Cities Comments Off on Hyderabad techie returns home after four years in Pakistan jail: ‘Saw several like me there’
India