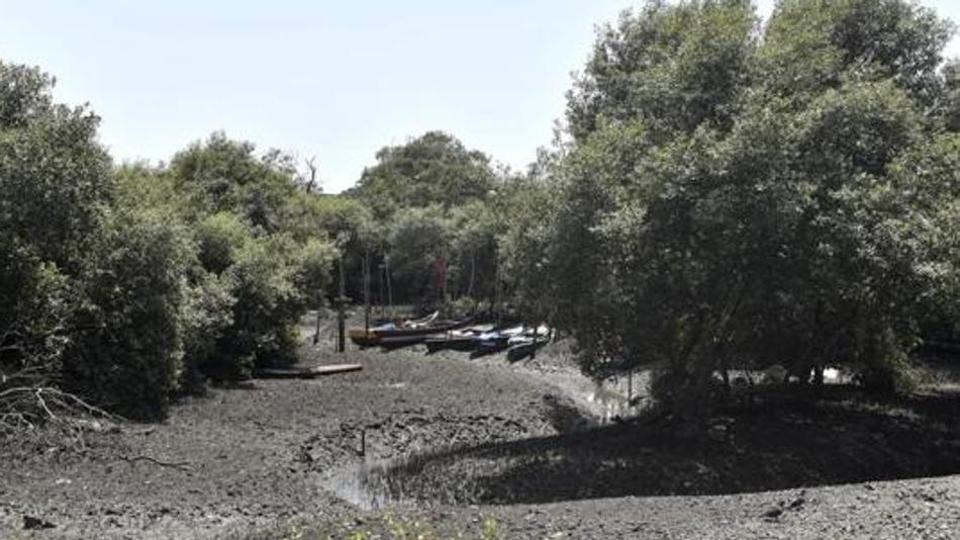 Spread across approximately 3,500 hectares (ha) and home to 30 different bird species, the wetland has witnessed a rise in sedimentation which has helped mangrove cover increase by 53%, from 652ha in 1973 to 999.61ha in 2018. During the same time, human settlements increased from 132ha to 787ha over a period of almost five decades.

“Sedimentation through the disposal of sewage or solid waste in this zone has made the creek shallower over the past five decades,” said Deepak Apte, director, BNHS. “It has become a suitable habitat for mangroves to grow rapidly, especially for the locally popular Avicennia Marina species which has high resilience to poor water quality and can grow abundantly on mudflats.”

Located east of Bhandup, the wetland forms a stopover for migratory birds under the Central Asian Flyway and also lies adjacent to the Thane Creek Flamingo Sanctuary. There are four near-threatened bird species and 14 migratory ones in BPS. Seven species fall under schedule I of the Wildlife Protection Act, 1972, while the remaining 23 are categorised as schedule IV species.

“There are no more feeding or roosting areas left for these birds. On one hand, it is nice that the mangrove cover is increasing, but it is at the cost of open mudflats and wetlands, which are reducing at an alarming pace,” said Rahul Khot, assistant director, BNHS.

The second largest threat to the BPS wetland is human settlements, said Apte. “Any area connected to open natural spaces is under threat from encroachments and further construction in Mumbai. Apart from illegal shanties, encroachers are involved in intensive fishing activities,” he said.

The study also found that agricultural land at BPS reduced by 97% — from 201.95ha in 1973 to 5.45ha in 2018. A 63% decline was witnessed in salt pan land over five decades. “All these factors allowed mangrove trees to cover the mudflats while the remaining areas were eaten by slums,” said Apte. “If the priority is bird conservation, then the state needs to understand the impact of changing wetland zones in Mumbai, including managing mangroves accordingly.”

The study stressed that BPS should be made part of the Thane Creek Flamingo Sanctuary, but also warned that the entire creek could be facing a similar fate due to excess siltation.

Ornithologists said encroachments were a serious problem in the southern portion of the wetland. “After the construction of a road towards the area adjoining Ghatkopar in the 1980s, a slew of encroachments began cropping up. However, the northern end is relatively better, and the area continues to be an important birding zone,” said Sunjoy Monga, ornithologist and naturalist writer.

Environmentalists who carry out restoration activities at the wetland have found the report accurate. “It is correct that less than a quarter of the bird habitats in BPS remain, and the remaining is lost. State agencies are cooperating with violators and protection of this wetland, recognised in the state atlas, is not on their agenda,” said Stalin D, member of the Bombay high court-appointed state wetland and mangroves committee.