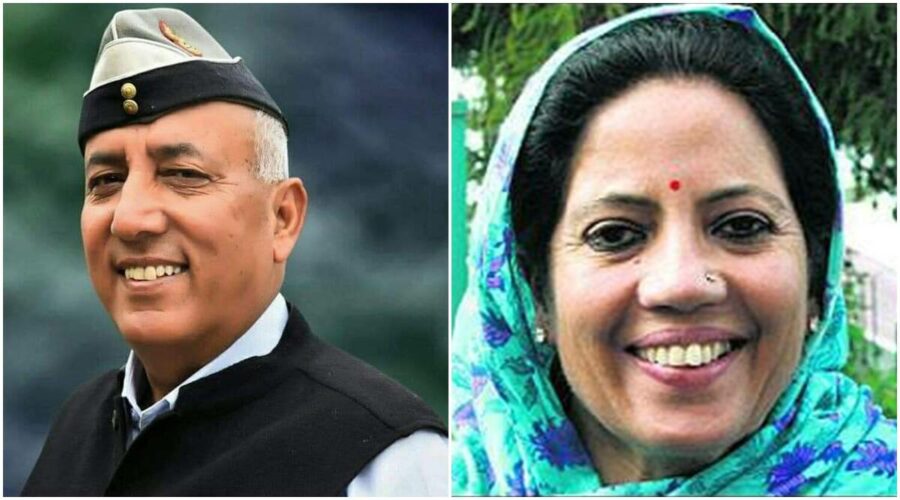 This will be Brigadier (retd) Khushal Singh Thakur first election. This will be Singh’s first election. He had played a major role in India’s fight at the Tololing and Tiger Hills. He joined the BJP after retiring from the Army.

In the Jubbal Kotkhai Vidhan Sabha constituency, the BJP has decided to field Neelam Saraik. She had threatened to contest as an independent if she were denied a party ticket. Saraik was a Zila Parishad member from Jubbal Kotkhai and had asked for the ticket immediately after the demise of former BJP MLA Narender Bragta.

Her candidature comes as a big setback to Chetan Bragta, son of Narender Bragta, who had already started campaigning there.

Meanwhile, the BJP has fielded RSS-backed Ratan Singh Pal, a commission agent in Solan, from Arki. Former two-time MLA Gobind Ram Sharma and other BJP leaders have already voiced their opposition against his candidature. Last time, Ratan Singh had lost to Congress heavyweight and former Chief Minister Virbhadra Singh by a margin of less than 7000 votes.

The party has fielded Baldev Thakur from the Fatehpur assembly constituency in Kangra.