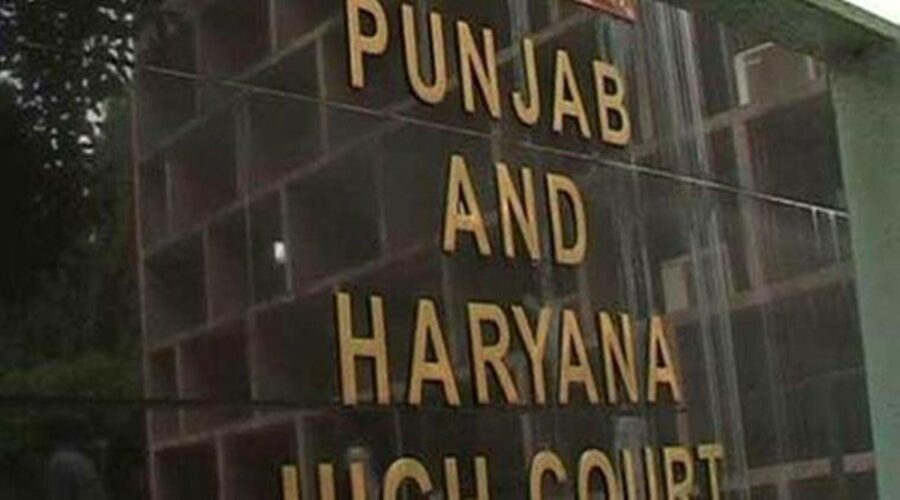 Kumar through his counsel sought grant of anticipatory bail with respect to a criminal complaint dated January 29, 2018, under Section 138 of Negotiable Instruments Act, wherein his bail has been canceled on account of his absence before the trial court on July 6, 2019, and also on subsequent dates. THE PUNJAB and Haryana High Court, while dismissing the anticipatory bail plea of an accused in a Negotiable Instruments (NI) Act case, has held that the scope of anticipatory bail cannot be extended to cases where such apprehension of arrest is on account of jumping bail.

The bench of Justice Gurvinder Singh Gill, was hearing the plea filed by Pawan Kumar.

Kumar through his counsel sought grant of anticipatory bail with respect to a criminal complaint dated January 29, 2018, under Section 138 of Negotiable Instruments Act, wherein his bail has been canceled on account of his absence before the trial court on July 6, 2019, and also on subsequent dates.

Kumar submitted that his absence was due his son having left his house without telling anyone and the petitioner and other members of his family were searching for him, and it was only in the first week of June 2021 that the petitioner came to know about the whereabouts of his son.

It has been submitted that it was on account of the tension the petitioner was undergoing that he could not appear before the trial court on July 6, 2019, and thereafter and the trial court vide order dated January 22, 2020, has ordered for issuance of arrest warrants. Also, it was also on account of the pandemic that he was prevented from appearing or contacting his counsel, submitted the petitioner.

Meanwhile, his application for anticipatory bail was dismissed by the sessions court, following which he has moved HC.

Justice Gill, after hearing the matter, held that the petitioner remained absent for almost 2 years with effect from July 6, 2019. “Although the petitioner asserts that it was on account of the fact that his son went missing and that it was only in the first week of June 2021 that he could be traced, but the said contention cannot be accepted in view of the fact that there is nothing to support the said contention. No DDR in respect of the alleged absence/missing of his son has been placed on record.

Apparently, the said contention has been cooked-up by the petitioner. Further, the contention that he was prevented on account of the pandemic, can also not be accepted as the said virus had not spread in July 2019…,” said the Bench.

Justice Gill said that in the instant case the allegation against the accused was made when the complaint came to be instituted and not when the petitioner jumped bail or when the arrest warrants were issued on account of his absence.

Justice Gill, while dismissing Kumar’s plea, held, “It is only when there is an apprehension of arrest of an accused upon an accusation having been made i.e upon institution of FIR or lodging of complaint or otherwise having been summoned by the court for the first time to face trial that a person may approach the courts under provisions of Section 438 Cr.P.C. seeking grant of anticipatory bail. The scope of 438 Cr.P.C. cannot be extended to cases where such apprehension of arrest is on account of jumping bail.”
While disposing of the matter, the court added: “This court cannot lose sight of the fact that there would be certain cases where an accused is unable to appear before the trial court on account of genuine reasons, say-on account of having noted the date incorrectly or on account of certain reasons which are beyond his control. In such cases, the accused can surrender before the trial Court and it is expected that the trial courts would take a lenient view in genuine cases and decide the regular bail application expeditiously.”

“In a given set of circumstances where the trial court is satisfied that there were valid reasons for the absence of an accused and that he has surrendered at the shortest possible time, the trial court can in fact dispose of the regular bail application on the very day the same is presented by accused upon his surrender. The trial court, in its discretion, may also chose to grant interim bail, in fit cases, but only after surrender of accused,” added Justice Gill.

09/23/2021 Cities Comments Off on High court: Scope of anticipatory bail can’t be extended to cases where apprehension of arrest is on account of jumping bail
India