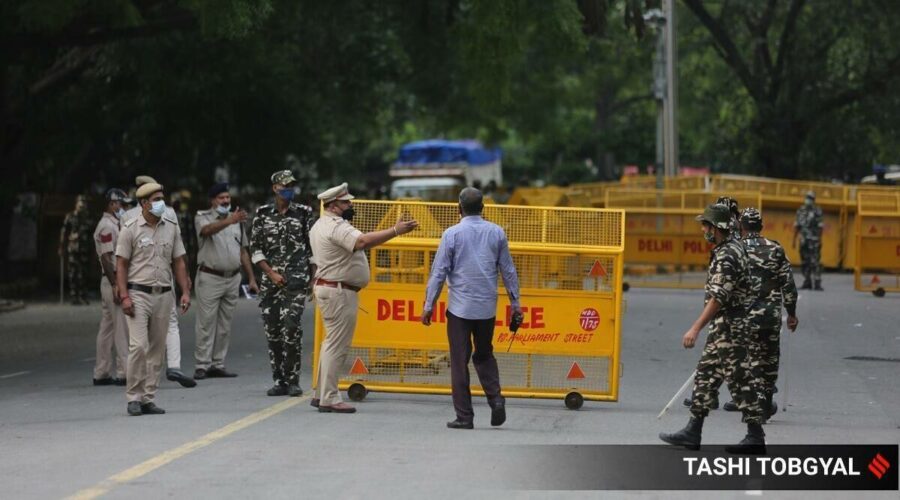 On September 15, he had argued that the demand of a Hindu Rashtra would not amount to promoting enmity between between religious groups. Justice Mukta Gupta pronounced the bail order on Friday. THE DELHI High Court on Friday granted bail to Preet Singh, one of the organisers of the event where anti-Muslim slogans were raised at Jantar Mantar last month.

On September 15, he had argued that the demand of a Hindu Rashtra would not amount to promoting enmity between between religious groups. Justice Mukta Gupta pronounced the bail order on Friday. The court had earlier reserved the order on Singh’s bail application after hearing the arguments on September 15.

Preet Singh’s counsel, advocate Vishnu Shankar Jain, during the hearing of the bail application had submitted that if the court holds that the demand for Hindu Rashtra comes within the purview of Section 153A IPC, he will not press the bail application.

The court had then reprimanded Jain and told him that he was not at a platform where he was giving a speech. “You cannot say the same fact 4 times, 5 times. Show the judgement…. You say it in one sentence or you forcefully say it in 10 sentences, the sentence will be the same. What is this? Address like a counsel,” the court had told Singh’s counsel.

On August 27, the lower court had dismissed Singh’s bail application saying that he not only voluntarily organised the event but also actively participated and provided support to the views and contents of inflammatory speeches which were being made by participants at that time.

Singh’s counsel argued before the High Court argued that all the offences alleged against Singh except Section 153-A were baliable and that no statement of his would come under the purview of the provision. He also submitted that Singh had left the place when the slogans were raised, and that the meet held at Jantar Mantar was for demanding uniformity in laws in India.

“It is not just that they are protesting for creation of a Hindu Rashtra but also that people have to run away from the country and subsequently Pinky Chaudhary also starts submitting incendiary statements in that interview,” the prosecution counsel had told the court, while opposing the bail application.

On August 11, the lower court had granted bail to Supreme Court lawyer and former BJP spokesperson Ashwini Upadhayay, the organiser of the protest against “colonial-era laws”, in the case.