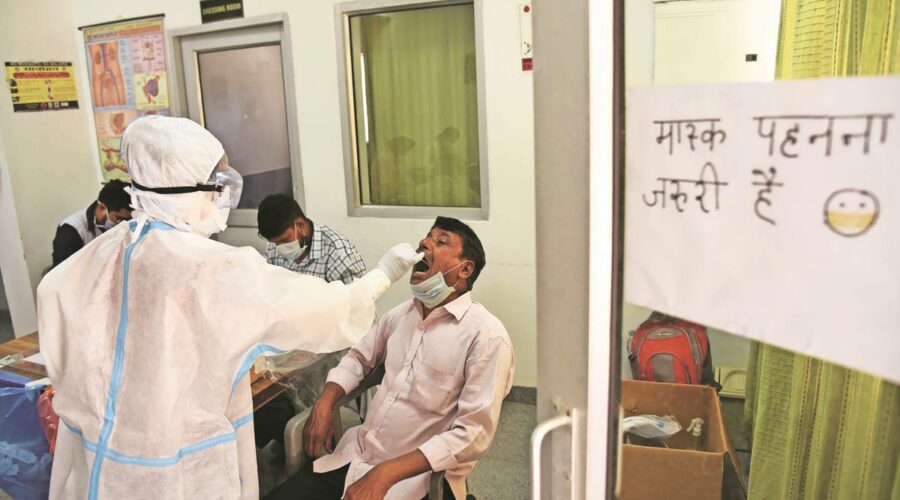 51 plants in Haryana would be carrying out oxygen filling work, out of which 28 plants are operational and filling oxygen regularly and other 17 plants are set to be operational soon. Haryana reported almost 14000 new cases and 97 deaths in the last 24 hours, as the state government begins to ramp up creation of extra bed Covid-facilities across the State.

Chief Secretary Vijai Vardhan said, “Efforts are being made constantly to supply oxygen by the state government and soon sufficient amount of oxygen will be available in the State. In this regard, a train has started from Rourkela (Odisha), which will reach tomorrow. Apart from this, administrative officers are also involved in proper arrangement and allocation so that people do not panic”.

51 plants in Haryana would be carrying out oxygen filling work, out of which 28 plants are operational and filling oxygen regularly and other 17 plants are set to be operational soon. Apart from this, six plants have applied for the license that the state government said would be allowed, soon. “This would create an additional supply of around 4000 cylinders”, a government spokesperson said, Thursday.

“About 72,000 patients have been home isolated in the State. Teams of doctors have been asked to visit their home at least three days a week to monitor their health so that they can be provided with medical facilities on time as per need and the availability of beds etc. can be accurately calculated post analysing the situation. Besides this, data on admission and discharge of patients should also be updated regularly and for this, the prescribed norms should be strictly followed. Complaints are being received about the non-availability of funeral vans for last rites on the death of Corona infected patients from many places. Therefore, the administrative officers have been directed to take special care so that no family should face such problem”, Vijai Vardhan said.

Health Minister Anil Vij also directed the officers of the Health Department to ensure that all functional government and private laboratories in the state prepare COVID-19 test report within 24 hours of collecting the samples so that the patients get timely medical facility.

Government is also soon to start a 400-bedded hospital in SGT Gurugram. Vij discussed the progress on this project while chairing the meeting of State Level COVID Monitoring Committee and Crisis Co-ordination Committee, Thursday. “Doctors and para-medical staff are already available in the SGT hospital and it will be started soon after arranging adequate oxygen supply. In addition, the use of Tocilizumab medication should be considered as an alternative to Remdesivir so that people can get the medicine easily and not focus on a single drug, regarding which instructions have been issued”, Vij said.