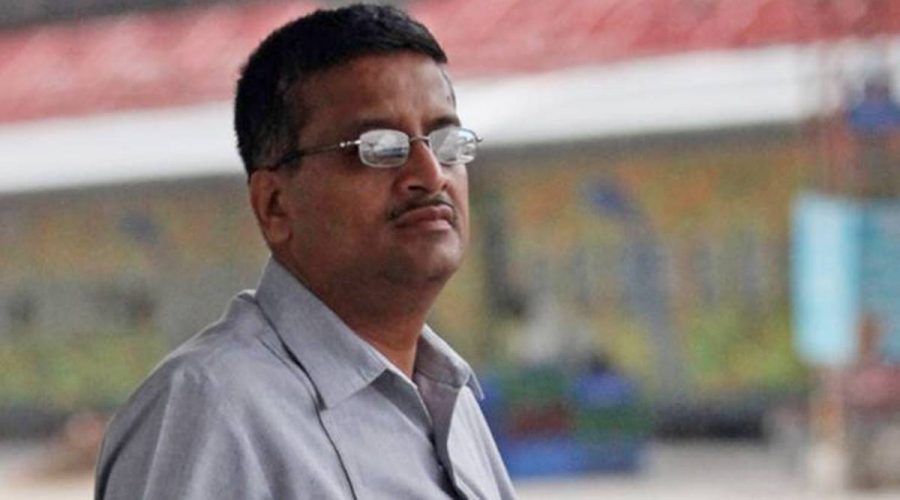 The information in question pertains to Justice S N Dhingra commission constituted by the state government in 2015 to probe the circumstances in which licences for development of commercial colonies were granted to entities in Gurgaon's Sector 83 and several villages. Khemka, who has been trying to seek information under RTI for the past six months, has also sought penal action against the two SPIO-cum-Deputy Secretary (Political branch), Haryana Civil Secretariat and SPIO-cum-Accounts Officer (Office of Director, Town and Country Planning Department).

The information in question pertains to Justice S N Dhingra commission constituted by the state government in 2015 to probe the circumstances in which licences for development of commercial colonies were granted to entities in Gurgaon’s Sector 83 and several villages.

The Commission’s terms of reference were amended in August 18, 2015. It was asked to look at, among other matters, the grant of licences to some entities by the Department of Town & Country Planning for developing colonies in villages Sihi, Shikohpur, Kherki Daula and Sikandarpur Bada in Gurgaon district Gurgaon, and their subsequent transfer/disposal, allegations of private enrichment, ineligibility of the beneficiaries under the rules, etc.

In November 2016, former Chief Minister Bhupinder Singh Hooda moved Punjab and Haryana High Court, challenging the decision to set up the Commission of Inquiry. On the first day of the hearing on November 23, 2016, the government gave an undertaking that the report “shall not be published”.

Pertaining to the expenditure incurred by the state government to defend the petition filed by Hooda and expenses on various other aspects of the Commission of Inquiry, Khemka had sought information under RTI in June, 2020 that continues to remain pending.

“Commission observes that information has been furnished by the respondent SPIO but furnished information is incomplete. Specific permissible information qua points 1, 3 and 5 as agitated by the appellant needs to be furnished to him on the basis of the available record of the public authority,” State Information Commission had ruled on November 3, 2020.

However, Khemka is yet to receive the complete information sought by him. For this, he moved two rejoinders on December 11 and 24 against the SPIOs’ replies and sought directions to the senior officers for taking disciplinary action against the officers for not furnishing requisite information. Referring to both the rejoinders, State Information Commission on December 24, sought comments from both the SPIOs on Khemka’s assertion seeking penal action against them under Section 20 of RTI Act.

Khemka had sought information under RTI Act on five points including – 1. Total amount paid to Advocate Tushar Mehta, currently Solicitor General of India, in the defence of CWP no. 24139 of 2016 (O&M) as “Bhupinder Singh Hooda vs. State of Haryana and others” in the Punjab and Haryana High Court; 2. Total expenses incurred on the Justice SN Dhingra Inquiry Commission constituted by the state government on May 14, 2015; 3. Total remuneration paid to Justice SN Dhingra; 4. List of other facilities provided to the Inquiry Commission like staff, personal security officer, vehicle, office space etc; and lastly, action taken by the state or the central government on the report submitted by Justice SN Dhingra.

However, Khemka pleaded that complete information qua points 1, 3 and 5 of his RTI application were not furnished by the SPIO despite the filing of an appeal with the first appellate authority.

Khemka submitted that his RTI application was transferred to the office of the Principal Secretary, Town and Country Planning department but neither the SPIO-cum-Deputy Secretary political nor the SPIO-cum-Accounts Officer of the TCPD furnished information relating to total remuneration paid to Justice SN Dhingra.

Similarly, the information sought to vide point no. 5 relating to action taken by the state or the central government on the report submitted by Justice S N Dhingra, was not furnished by the SPIO. He further prayed for the Commission’s directions to the respondent SPIOs to furnish complete information to him.

The Commission issued a notice for comments to the SPIO on September 30 on Khemka’s assertions. However, no comments were furnished. The SPIO, however, apprised the Commission that Khemka was asked to deposit additional fee for furnishing the requisite information contained in 25 pages.

The SPIO added that Khemka was again requested on June 26, but he did not deposit the additional fee. On Khemka’s letter dated June 29, 2020 to inspect the relevant record, he was given the opportunity to do so on July 3, 2020 and Khemka carried out the inspection on July 7 and obtained copies of identified documents subsequent to inspection.

Justice SN Dhingra was not received in the office of public authority.

Khemka’s appeal filed before the first appellate authority was disposed off by upholding the stand taken by the SPIO.

01/05/2021 Cities Comments Off on Harayana: IAS Khemka seeks penal action against SPIOs for not giving info sought by him under RTI
TV & Movies