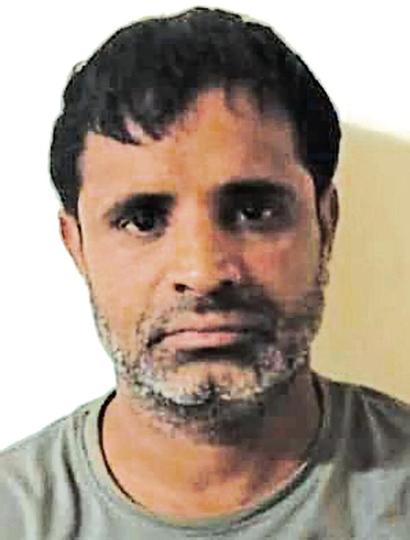 The police on Friday arrested a 40-year-old man, suspected to be a close aide of gangster Kaushal, from Rajiv Chowk in the city after chasing him for over a week based on technical and human intelligence, said police.

The police have recovered four video recordings from his mobile phone, in which he is seen talking to Kaushal through video conferencing. One of the gang members had recorded the meeting and shared the video with him on WhatsApp.

During questioning, it was also revealed that Kaushal is currently in Dubai, the police said.

The accused was identified as Satyavir Yadav, alias Kallu. He was on his way to meet his friends in Old Gurugram on Friday evening when he was arrested. He was produced in the district court and was taken on seven-day police remand, the police said.

According to the police, he is suspected to be involved in the gang’s extortion crimes in Haryana. “He was involved in the October shooting incident at Pushpanjali Hospital in Rewari and Om Sweets in Sector 46 of Gurugram. He had also collected ₹10 lakh from a businessman in Gurugram and a property dealer in Sector 10 recently,” said Shamsher Singh, assistant commissioner of police (crime).

Yadav is a native of Pragpura in Rewari and came in contact with Kaushal when he lived in a rented room in Naharpur Rupa village of Sector 33. Kaushal and his aides often used to visit him for minor medical aids, as he used to keep a medical kit at home, the police said.

According to the police, Yadav confessed that he had been a member of the gang for the last seven years. He was handling his operations and was associated with Ranbir Saini, who headed the gang during Kaushal’s absence.

Saini was arrested in April along with three more members from Dehradun in Uttarakhand. According to the police, Yadav had been collecting the protection money from prominent businessmen, jewellers, traders, hotel owners, hospital owners from Gurugram and Rewari since Saini’s arrest.

Yadav had done a short training for an operation theatre attendant in Rewari 15 years ago and owned two medical stores in Bhiwadi and Tauru.

Singh said Yadav has worked at a private hospital in Civil Lines as an attendant in an operation theatre for a few years and left his job in 2015. “He was the one who used to inform the details of the hospital, its income and the movement of the hospital’s owner to the gang members, who had demanded protection money from him. It was his idea to plan the shooting incident in Rewari to threaten the doctor,” he said.