In October last year, Prime Minister Narendra Modi’s proposal for a larger ashram complex had caused much anxiety among Trustees and residents, with the ashramwasis — third or fourth generation of ashram residents —sitting on protests fearing eviction. 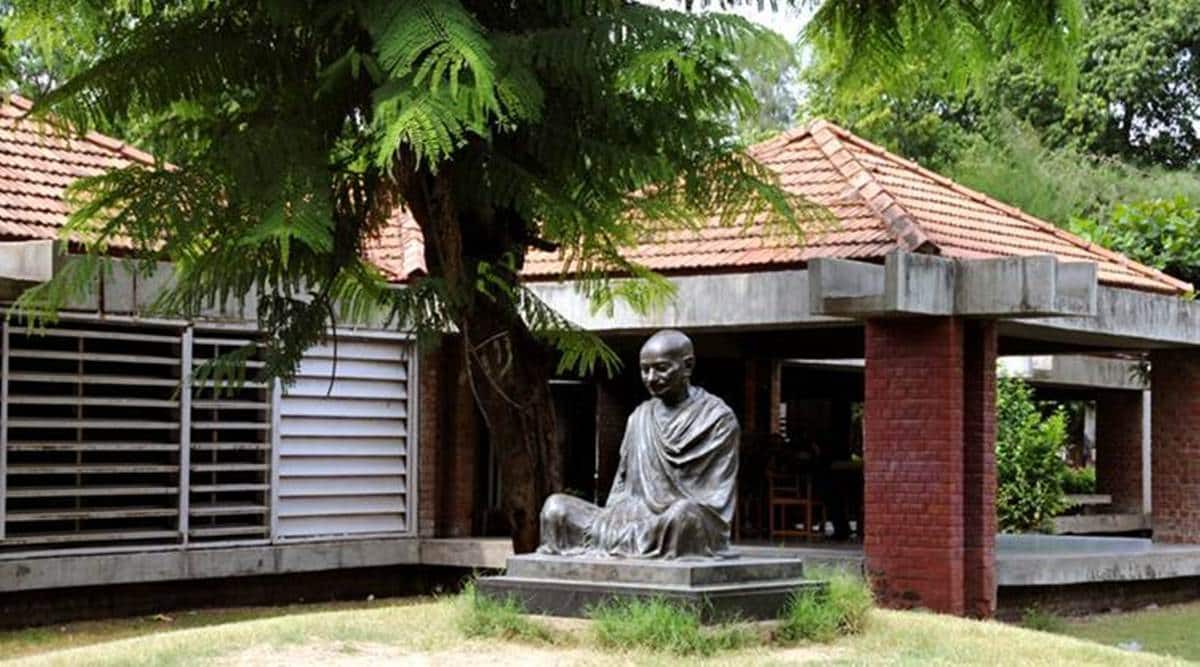 The Gujarat government has set itself a three-year deadline for the Sabarmati Ashram redevelopment project, but a key challenge lies in bringing on board the multiple stakeholders — the six Trusts who own the land, the ashramwasis whose successive generations have been living on its premises since Mahatma Gandhi’s time and who now have to be relocated, and the organisations that work out of the larger ashram area.

In October last year, Prime Minister Narendra Modi’s proposal for a larger ashram complex had caused much anxiety among Trustees and residents, with the ashramwasis — third or fourth generation of ashram residents —sitting on protests fearing eviction. So far, of the 263 ashramwasis, at least 50 have been awarded compensation for alternative homes.

Chief Principal Secretary to the Chief Minister, K Kailashnathan, who heads the Executive Council for the Gandhi Ashram Memorial and Precinct Development Project, told The Indian Express, “The priority is to relocate the ashram residents. Some 50 residents have taken compensation for alternate homes. We are offering them tenements of which they will have complete ownership. We are also buying flats to allot to them. Today they are living in homes that are on lease from various Trusts.”

The six Trusts that are custodians of the 55-acre land that the government plans to redevelop for the memorial project are the Sabarmati Ashram Preservation and Memorial Trust (SAPMT), Sabarmati Harijan Ashram Trust (SHAT), Khadi Gramodyog Prayog Samiti (KGPS), Sabarmati Ashram Gaushala Trust (SAGT), Gujarat Harijan Sevak Sangh (GHSS) and the Gujarat Khadi Gramodyog Mandal. “The process for securing land from the Trusts is on,” say sources.

The government recently wrote to all the six Trusts, assuring them that there would be no “governmentalisation (sarkarikaran)” of the space. In response, the Trusts have “in principle, agreed to going ahead with the project”, sources told The Indian Express. “There is no outright rejection from any Trust”, they said.

As part of the project that’s being funded by the Union Ministry of Culture, Ashram Road, one of Ahmedabad’s busiest arterial roads that connects the Kochrab and Sabarmati ashrams, will be “severed” and turned into a pedestrian promenade, said Ahmedabad-based consultant Bimal Patel, whose firm HCP Design, Planning and Management Pvt Ltd (HCPDPMPL) is executing the project. The idea, said Patel, is to “unite the two sides of the ashram” that is spread on either side of this road.

Once ready, the Gandhi Ashram, Imam Manzil (the residence of Imam Abdul Kadar Bavazeer, who accompanied Gandhi from South Africa in 1915 and who stayed by his side till the end), and other original ashram buildings on either side of the road will be part of the larger ashram complex.

According to Patel, “The current Gandhi ashram is a tenth of what it was and it needs to be expanded. Original buildings need to be restored so that the visitors get a good sense of how the original ashram used to function.”

In its final form, the “most significant memorial to Gandhi in the world”, as a top official called it, will offer “a seamless experience” to the visitor “without disturbing the sanctity and ethos” of the place. As part of the project, the government proposes to let visitors experience the making of kalamkush or handmade paper, and the weaving of khadi, activities once associated with the Mahatma but which are currently being produced outside of the existing Gandhi Ashram run by SAPMT.

According to the masterplan shared by HCPDPMPL, the memorial will stretch from Abhay Ghat, the final resting place of former prime minister Morarji Desai, on one end to the Dandi Bridge on the other.

“Our plan is to restore the Gandhi ashram as it existed in 1950, full of greenery. Any new building should match the architectural style. It has to be a serene, peaceful atmosphere. People have to walk… spend 2-3 hours,” said Kailashnathan.

While there are around 177 buildings in all in the complex, the original 120-acre ashram space had 63 buildings, of which only 48 exist now. “We will try to rebuild some of the heritage buildings that are no longer there,” said a source connected with the project.

The buildings will also be assessed on the basis of whether they, and the activities run in them, are congruent to the spirit of the memorial. “Those where the building and activity are congruent will be restored, and if the activity is non-congruent, it will be relocated outside the memorial. Those where both the activity and the building are non-congruent will be demolished,” said a source, adding that of the 177 buildings, nearly 60 are likely to be demolished. “One of the first to go will be the Gujarat government’s Toran Hotel right opposite the main gate of the ashram,” said a source.

The masterplan also proposes to bring Ahmedabad’s oldest Gandhi statue, which depicts the Mahatma walking the Dandi march, from the Income Tax circle on Ashram road to the new memorial close to Hriday Kunj.

In March, the Gujarat government set up the Governing Council headed by Chief Minister Vijay Rupani and Executive Council headed by Kailashnathan for the Rs 1,246-crore ashram project. Of this, Rs 500 crore is proposed to be spent on the memorial development, around Rs 300 crore on the development of the satellite campus that will have the resident tenements and around Rs 270 crore for the ashram precinct development.

SAPMT trustee Kartikeya Sarabhai, quoting from a statement by the Trust, said the project needs “to ensure that this environment communicates to visitors Gandhiji’s call for attention to the last person, his ideas of simplicity, economy and frugality in all matters and his respect for nature and each one of our fellow human beings”.

There have, however, been apprehensions about the government’s plan.

A month ago, around 130 eminent personalities led by Gujarat Sahitya Parishad president Prakash N Shah, and including historians Rajmohan Gandhi and Ramachandra Guha, had opposed the redevelopment project, seeking to “collectively oppose any government takeover of Gandhian institutions”.

09/06/2021 Cities Comments Off on Gandhi Ashram expansion: Work begins on relocating residents, getting 6 Trusts on board
India