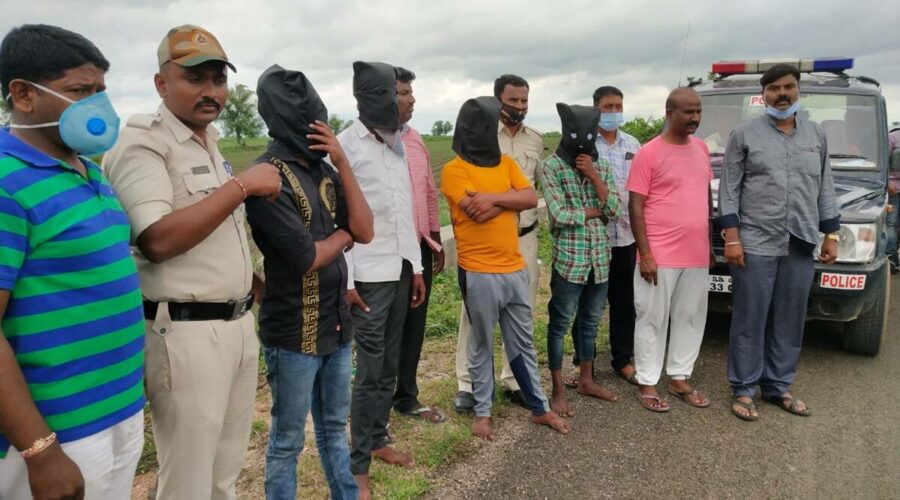 Police said the incident took place a year ago, but the matter came to light only after the video went viral as the woman had not filed a complaint earlier 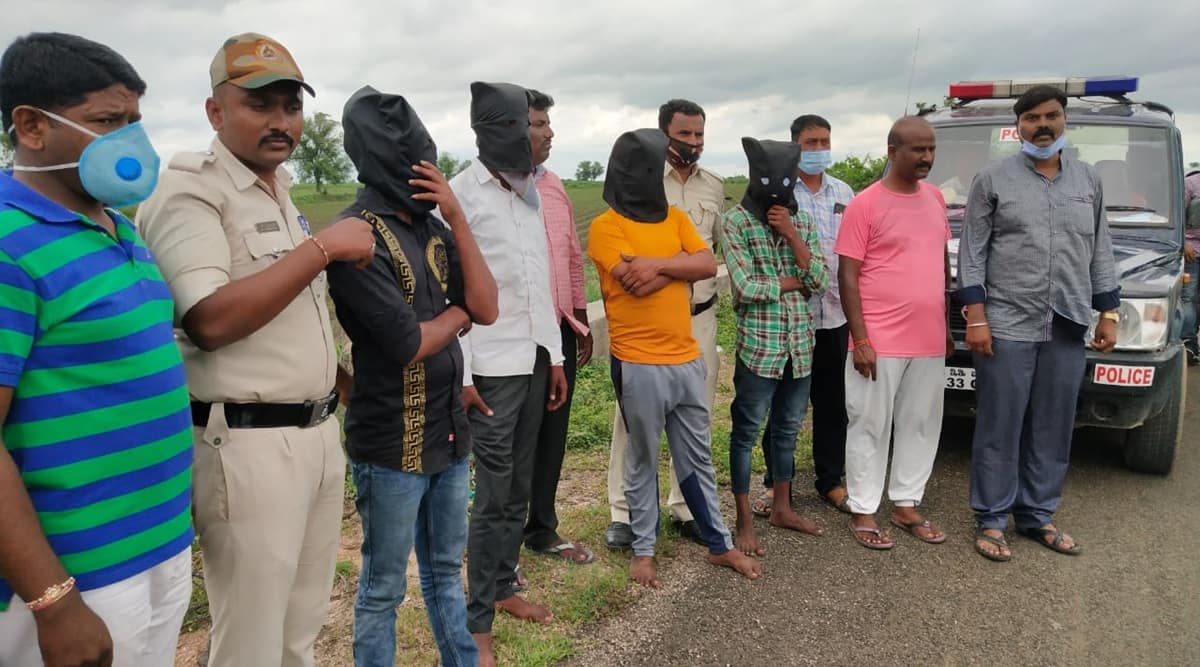 Police in Karnataka’s Yadgir district arrested four persons Monday after a video of a woman being stripped naked and beaten up by a gang of men went viral.

The arrested have been identified as autorickshaw driver Ningaraju (24), Ayyappa (23), Bheemashankar (28) and Sharanu (22). While Ayyappa works at a petrol pump, Bheemashankar owns a paan shop and Sharanu is a street vendor. A senior police officer said Ningaraju also worked as a home guard and as a driver at Shahapura police station.

Yadgir Superintendent of Police CB Vedamurthy told The Indian Express that the incident took place a year ago. “It happened on the Yadgir-Shahapur state highway on the outskirts of the town,” he said.

“Preliminary probe has revealed that the woman was waiting at a bus stop when she was abducted by the gang and assaulted. It came to light only after the video went viral as the woman had not filed a complaint earlier,” the SP said

In the two-minute video, four to five men can be seen beating her up brutally using sugarcane sticks after stripping her down. The woman is also shown a photo and asked whether it was her. She begs them to leave her alone, but they say that no one will find out even if they kill and burn her.

According to a police officer, the woman and the accused were related and the assault was carried out as an act of revenge. While the police claimed that they were not aware of the incident which triggered the attack, one of the attackers can be heard in the video saying that he had paid Rs 13,000 to her at a police station and demanded that she return Rs 14,000.

A senior police officer who spoke to The Indian Express said, “The woman had approached the police previously and had filed a complaint. Later they arrived at a compromise and the accused claimed that they paid her Rs 13,000 to drop the complaint.”