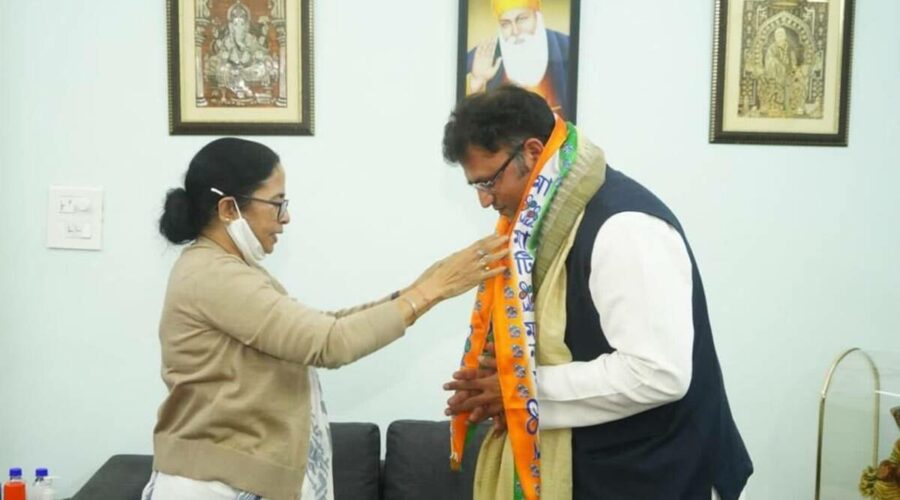 Sources said TMC is keen to expand its wings in Haryana and may even field candidates for the next Assembly polls. They also hinted that the party may give Tanwar an important assignment in the organisation. Tanwar joined TMC in the presence of Mamata Banerjee after holding a meeting with his supporters in New Delhi. Sources said TMC is keen to expand its wings in Haryana and may even field candidates for the next Assembly polls. They also hinted that the party may give Tanwar an important assignment in the organisation.

Most recently, Tanwar had extended support to INLD candidate Abhay Chautala for the Ellenabad Assembly bypoll in Haryana. Earlier, in February this year, he had formed his socio-political outfit Apan Bharat Morcha (ABM) and had said: “The morcha is a value-driven initiative which will work with a three-pillared approach of dialogue, debate and discussion to add not only verve to Indian ethos of unity in diversity but will also lay foundation for truly making our country the land of hope and fulfilment.”

But there was a feeling among his supporters that he should join a mainstream party. Tanwar was once considered one among the close associates of senior Congress leader Rahul Gandhi. His wife Avantika Maken Tanwar has been close to the Gandhi family ever since her parents Geetanjali and Lalit Maken were gunned down by Sikh extremists in Delhi in 1985 and the Gandhi family took care of her who was just six-year-old then.

Tanwar had earlier told The Indian Express that he was in search of good people to offer alternative politics in the state. “I am sure Haryana will give leadership not only to the state but the entire country in the coming days. There is just a need to polish such leaders. There is a need for a third alternative in Haryana. As many as 90% of the people who meet me tell me it is necessary to go on roads to raise the issues of the masses and say they have lost faith in the current leadership in the state. In these circumstances, I would work as per the sentiments of my comrades,” he said after joining TMC.

Apparently to teach a lesson to his opponents in Congress, including Hooda, Tanwar had openly supported many candidates of Jannayak Janata Party (JJP) of Dushyant Chautala in the 2019 Assembly polls. It is believed his open revolt ahead of the polls had dented the prospects of Congress in Haryana to some extent.