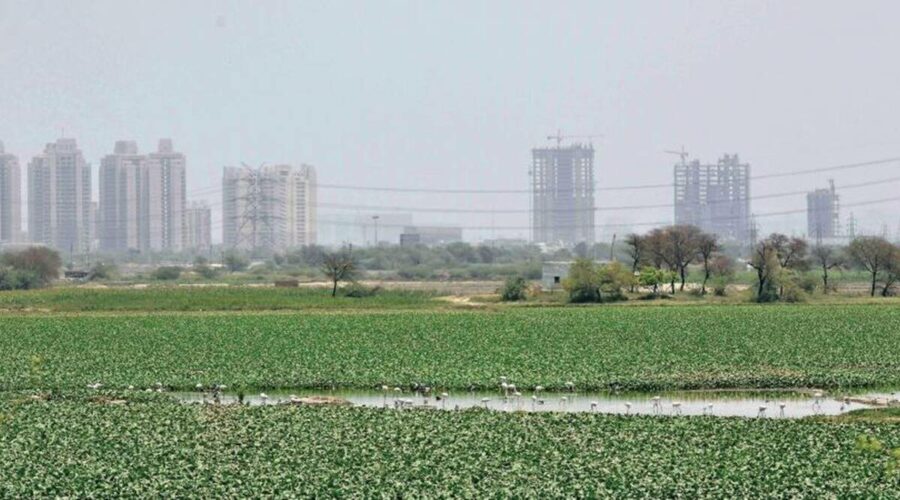 In its complaint to the chief minister and state Environment Minister Aaditya Thackeray, Vanashakti has demanded that the violators should be arrested. “In the broad daylight, firecrackers are burst regularly at the wetland to scare the birds away. Days after locals and environmentalists raised complaints about the use of firecrackers to scare birds away from the Panje area in Raigad district’s Uran, the Forest Department has put up a notice at the site cautioning the public against harming the protected birds. The official notice also warned violators of action under the Wildlife Act, 1972.

A team of officials from the Forest Department had visited the site last week and a preliminary investigation is now underway. Every year, around 1.5 lakh migratory and local birds are spotted at the wetland spread across 300 hectares.

In a video dated September 8, shared by the NGO Vanashakti in its complaint to Chief Minister Uddhav Thackeray, people are seen using firecrackers to scare birds away from the wetlands. Earlier too, several environmentalists had raised complaints with the CM’s office and the forest department regarding the issue.

In its complaint to the chief minister and state Environment Minister Aaditya Thackeray, Vanashakti has demanded that the violators should be arrested. “In the broad daylight, firecrackers are burst regularly at the wetland to scare the birds away. The migratory season will soon begin and this habitat will be lost. This is an offence under the Indian Wildlife Protection Act,” the letter stated.

With its core spread across 213 hectares and a buffer zone of 157 hectares for migratory bird roosting, Panje holds up to 1.5 lakh birds during winters. Environment groups have also been petitioning minister Aaditya Thackeray to declare Panje a bird sanctuary.

Besides, activists have alleged large-scale landfilling in the mangrove area on the western side of Panje and had raised complaints with the State Mangrove Cell against the City and Industrial Development Corporation (CIDCO) for blocking the flow of seawater to intertidal forests.

Nandakumar Pawar, of the Shri Ekvira Aai Pratishtan, has been raising complaints against the blocking of water inlets to Panje which renders the area dry and makes it uninhabitable for thousands of migratory birds.

In October 2019, following complaints submitted to the State Mangrove Cell and interventions by the Wetland Grievance Redressal Committee, CIDCO opened up the gates. The state government stated before the high court that Panje falls under CRZ-1, due to which there can be no construction without the approval of the Maharashtra Coastal Zone Management Authority (MCZMA).

In April this year, the National Green Tribunal instructed CIDCO to ensure that all tidal water inlets to its 289-hectare property in Uran are opened immediately to ensure the flow of seawater to the wetland and its mangrove forests.