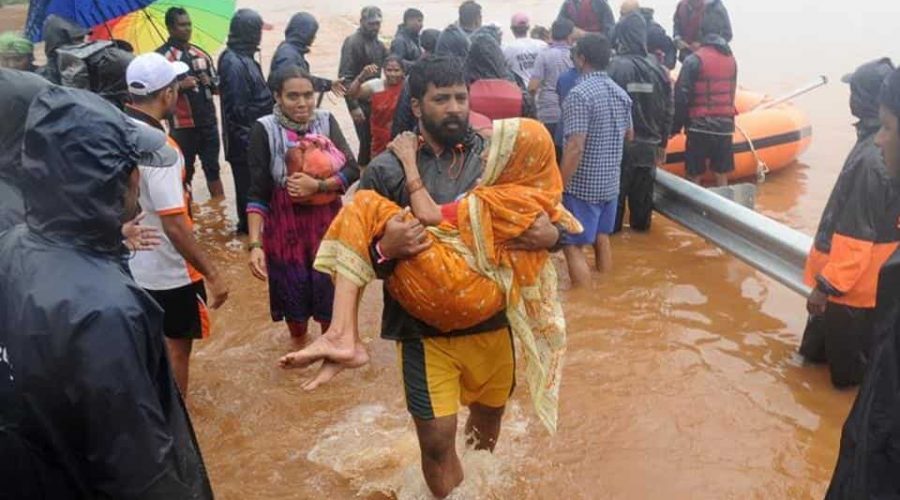 Heavy rains and floods have claimed at least 47 lives in Maharashtra’s Pune, Aurangabad and Konkan divisions in the last three days while crops on lakhs of hectares were damaged extensively, officials said on Friday.

Twenty-eight persons have died in rain-related incidents in western Maharashtra which comes under Pune division, sixteen in central Maharashtra’s Aurangabad division and three in coastal Konkan, they said.

Over 2,300 houses were damaged in heavy rains and floods in Western Maharashtra where more than 21,000 people were moved to safer places, as per the Pune Divisional Commissioner’s office.

Crops such as sugarcane, soybean, vegetables, rice, pomegranate and cotton, spread over 57,000 hectares in Pune, Solapur, Satara and Sangli districts, have suffered damage.

513 livestock perished in the region. 2,319 houses were damaged in the four districts.

The death toll was 16 in Aurangabad division and three in Konkan division.

“Thirteen tehsils in Aurangabad division had heavy rainfall, that is, more than 65 mm in 24 hours, which caused flooding and damaged houses as well as crops over 4,99,648 hectares,” an official said.

Crops over 1,36,176 hectares were damaged in Osmanabad district and 1,10,685 hectares in Nanded district between October 12 and 15, the official said.

In Konkan division, 326 houses were damaged in Sindhudurg and Ratnagiri districts while five cattle died.

Raigad, Ratnagiri and Sindhudurg districts have reported one death each in rain-related incidents.

The tehsils of Vaibhavwadi in Sindhudurg and Karjat, Khalapur, Murud, Pen and Alibaug in Raigad received more than 100 mm of rainfall in last couple of days, the official said.

Relief and Rehabilitation Minister Vijay Wadettiwar said farmers, mostly in Pune division, have suffered huge crop damage and he would “ask the Union government to provide some compensation to farmers who have lost their livelihood”.