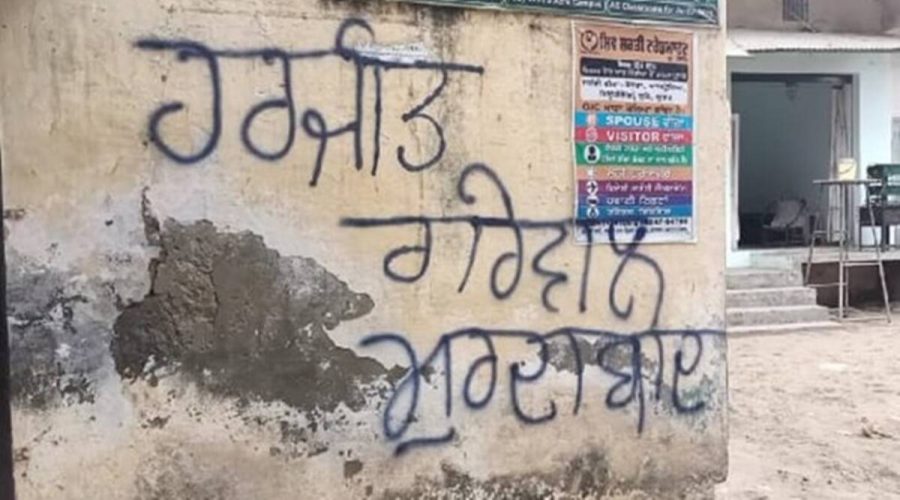 Accused Jaspreet Singh had already been arrested in this case on January 2. In addition to this, Station House Officer (SHO) Dhanaula Kuldeep Singh was also transferred out. DSP Lakhbir Singh said now no new arrest will be made in this case till the inquiry is complete.

Meanwhile on Thursday, farmer unions BKU Ugrahan, BKU Dakaunda and BKU Sidhupur gheraoed Dhanaula police station and didn’t allow anyone to move out of it all day. They had been demanding quashing of the FIR from day one. DSP R S Deol had to visit the spot to address the angry villagers and announced that an inquiry had been marked in the case while the SHO had been transferred.

Mohinder Singh, one of the protestors said, “They lodged FIR against our village boys because they protested against Grewal…”