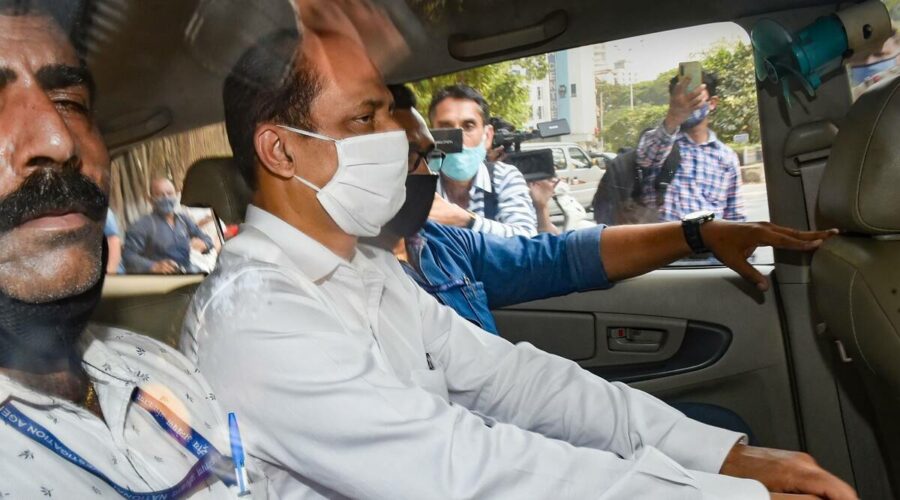 Advocate Sudeep Pasbola appearing for Waze told Bombay HC that his client has been discharged from the private hospital and transferred to Taloja Hospital, which is not well-equipped to treat his medical condition. The Bombay High Court on Wednesday directed the National Investigation Agency (NIA) to file an affidavit in reply to a plea by dismissed Mumbai Police officer Sachin Waze, seeking that he be shifted to temporary house custody for post-surgery care.

A division bench of Justice Nitin M Jamdar and Justice Sarang V Kotwal was hearing Waze’s plea which was moved after the special NIA court rejected his prayer of house custody for three months for post-surgery care.

Waze, arrested in the Ambani terror scare case, was admitted at a private hospital in Mumbai after he underwent a bypass surgery last month. The NIA had opposed Waze’s plea before special court stating that if he is sent to house custody, he may abscond.

The agency had also said that the hospitals attached to Taloja Central Jail, where Waze was lodged before his surgery, are competent enough to treat him.

The special court, while rejecting Waze’s plea, had directed jail authorities to keep him in the jail’s hospital ward for the next month and shift him to state-run JJ Hospital if required.

Advocate Sudeep Pasbola appearing for Waze told the HC that his client has been discharged from the private hospital and transferred to Taloja Hospital, which is not well-equipped to treat his medical condition.

The bench then granted a week’s time to NIA to file its response and adjourned the hearing.