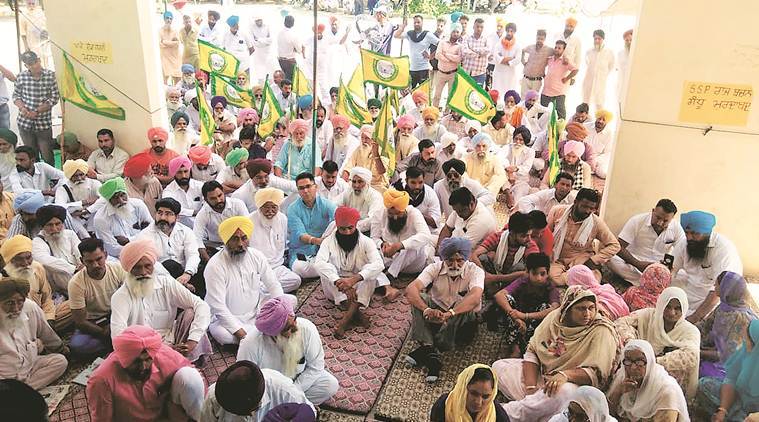 The custodial death of 22-year-old Jaspal Singh has taken a political turn with the Sangrash Committee spearheading the protest blaming the ruling Congress government for not acting quickly in this case. The Jaspal Singh Katal Kand Sangrash Committee has planned a mega protest rally on May 29 in Faridkot. It has also alleged that local Congress MLA Khushaldeep Singh Kiki Dhillon is stopping several village panchayats from taking part in the dharna.

Rajinder Singh Azad, from the Kirti Kisan Union, said, “We suspect both as murders and some political influence is behind this incident as stories are not convincing, moreover police has not been able to arrest Ranvir Singh — the guy who had called at PCR to get Jaspal arrested. Now, the area MLA Kiki Dhillon is asking village panchayats not to be part of dharna on May 29 as he is threatening them to stop their development works.”

Kiki Dhillon when asked about the allegations, said, “People from different panchayats come on daily basis and sit in this dharna and I never stop anyone. Most of the people are my supporters. Ask them if I have ever stopped them….Opposition parties are trying to politicise an issue where I have nothing to do as police is doing its investigation. The boy is not from my area, the area from where he was arrested is also not in my constituency….I have assured the family that they will get justice.”

On Monday, AAP leaders Harpal Singh Cheema and Aman Arora also visited the family at the dharna site. The sit-in protest has been on since May 21 outside SSP’s office in Faridkot.

Jaspal hailed from Panjawa village of Lambi constituency and on Monday, even former CM Parkash Singh Badal visited his house to express solidarity with the family. Former SAD MLA Mantar Singh Brar and party leader Bunty Romana hae been attending the dharna on a daily basis.

Jaspal’s body, which police claim was disposed off in Rajasthan feeder, has not been located as yet.