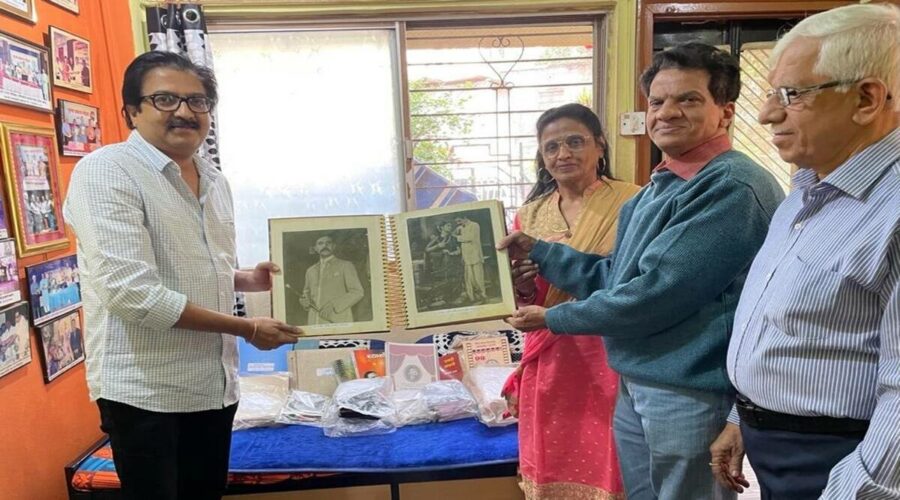 A personal collection of actor-director Jaishankar Danve has been deposited for safekeeping with the National Film Archive of India (NFAI) by the late actor’s family.

A celebrated Marathi and Hindi artist, Danve was a film/stage actor and an acclaimed theatre director. Born in Pune, Jaishankar Danve started as a stage artist in Marathi and Urdu Theatre and then worked as an assistant director with Bhalji Pendharkar in Jayprabha Studios, Kolhapur in the 1930s. Danve worked in a significant number of films and plays during his illustrious career of more than five decades.

His family handed over the valuable collection to Prakash Magdum, Director NFAI at their home in Kolhapur.

Some of his memorable films are Baburao Painter’s iconic social drama Savkari Pash (1936 ), Bhalji Pendharkar’s celebrated features Sasurvas (1946), Meeth Bhakar (1949), Mohityanchi Manjula (1963) and Maratha Tituka Melavava (1964), and the main antagonist in Dada Konkde’s Andhala Marto Dola (1973). Interestingly, he made his film debut with Urdu film Asire Havis (1935), and played important parts in Hindi and Urdu cinema during the 30s and 40s in films like Sach Hai (1939), and shared the screen with legendary father-son duo Prithviraj Kapoor and Raj Kapoor in Valmiki (1946). Also, as a director, he made films such as Jai Bhawani (1947), Phoolpakhru (1953) and Ishwari Nyay (1953). 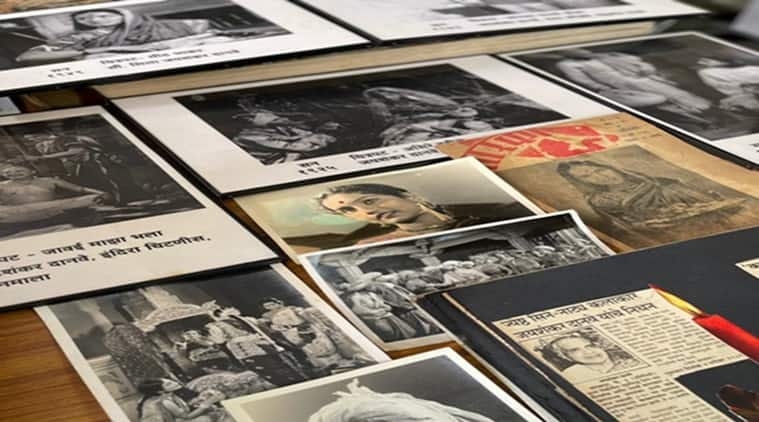 The collection consists of rare archival photographs and albums consisting of handbills, song booklets, newspaper clippings, articles, and old documents, various books, and also his handwritten plays. An interesting memorabilia of the collection are a few wigs and a moustache from his 1933’s play Hamlet. The major chunk of collection are rare black and white photo frames and photographs from his films. There are 40 frames of 15*12 size showcasing different gestures from films and theatre, an album of 250 photos featuring clicks from his films and plays and 51 rare photos of other contemporary actors. In addition to this, there are three albums containing booklets, newspaper clippings, articles, rare handbills, old documents, and publicity material from the 1930s.

The highlight of the collection remains the handwritten literary work by Jaishankar Danve which comprises fourteen novels, eight plays and five stories.

“We are delighted to receive this significant collection of an artist belonging to the early era of Indian Cinema. It is significant that the Danve family preserved his memories all these years and I thank them for this noble gesture of donating the collection to NFAI. The collection takes us back to the golden era of Marathi films and theatre though the rare photographs, documents, various handbills and other literary work. I am sure this addition would be useful to film researchers. I urge the families of veteran film artists to take inspiration from Danve family and donate such material for preservation”, said Prakash Magdum, Director, NFAI.