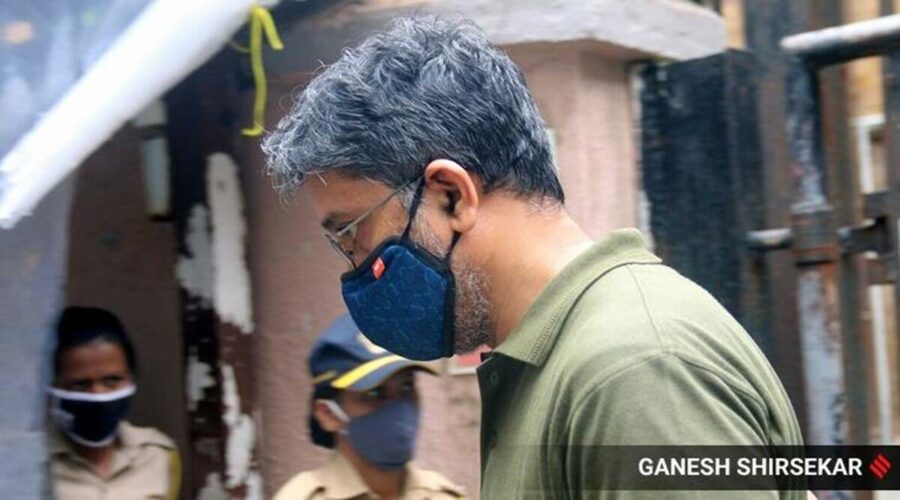 Initially, the court wanted him to be transferred to state-run JJ Hospital based on a report from Breach Candy hospital that he was ready for discharge as his condition was stable, and the NIA lawyer pressed for this. The Bombay High Court on Thursday allowed Delhi University associate professor Hany Babu, an accused in the Elgaar Parishad case, to remain in Breach Candy Hospital until June 15 as his medical report indicates a swelling in his optic nerve requiring an MRI scan and other tests.

Initially, the court wanted him to be transferred to state-run JJ Hospital based on a report from Breach Candy hospital that he was ready for discharge as his condition was stable, and the NIA lawyer pressed for this.

However, Babu’s wife’s counsel insisted the court allow him to stay in the private hospital and said the family would bear the costs for additional stay, which the court accepted. The court also allowed the petitioner wife and other family members to visit the accused as per hospital protocols. Seeking further health status report of Babu by June 14, the court posted further hearing to June 15.

A vacation bench of Justice S S Shinde and Justice Abhay Ahuja was hearing a writ plea by Babu’s wife Jenny Rowenna, seeking that he be released on bail on health grounds or shifted to a private hospital for treatment of an eye infection.

Babu (55), who was arrested by the National Investigation Agency (NIA) last July, had tested positive for Covid-19. He was admitted to the government-run J J hospital in the city and later moved to GT hospital. He was then transferred to Breach Candy Hospital as per the High Court’s May 19 order, which had said that charges for treatment at a private hospital would be borne by Babu’s family.

The HC had on June 1 extended Babu’s private hospital stay to June 3.

On Thursday, the HC perused a medical report submitted by the hospital on June 1 which suggested that he was clinically stable and ready to be discharged.

Advocate Yug Mohit Chaudhry for the petitioner submitted that while Babu had just recovered from Covid and as the report also said that there was continuous inflammation of optic nerve, he should not be sent back to jail environment and instead be sent to house arrest.

Advocate Sandesh Patil, representing the NIA, objected to Chaudhry’s submissions and said the report clearly mentions that accused can be discharged from Breach Candy hospital and therefore he can be sent to J J Hospital for further care.

“We are of the view that this matter would require further consideration and also further examination by specialists as to whether the petitioner’s husband could be taken care of during this period of convalescence. We accordingly request the private hospital to examine him and submit a further report by June 14. In the meanwhile, ad-interim order passed by this court to continue till next date,” the HC noted in the order.

The bench extended his stay at Breach Candy Hospital till June 15 and allowed Babu’s lawyer to inform the hospital not to discharge him till the next hearing on June 15.

Meanwhile, the court pointed out that an associate of the lawyer appearing in the present matter had written an article in a newspaper — — the reference was to lawyer Payoshi Roy’s oped in The Indian Express — pertaining to the incarceration of another Elgaar Parishad case accused Father Stan Swamy. However, Chaudhry said that he did not represent Swamy in the case before the HC.

Justice Shinde said, “When you are appearing in a group of matters or identical matters, that is not acceptable. It could be a way of pressurising the court. You are an officer of the court and if you do not have faith in the system and the court, who will assist us? We never said that you should not write but faith is important. Fair criticism is necessary, we are the last to say there should be restrictions on freedom of expression. Please keep faith in us and we will give justice as per law.”