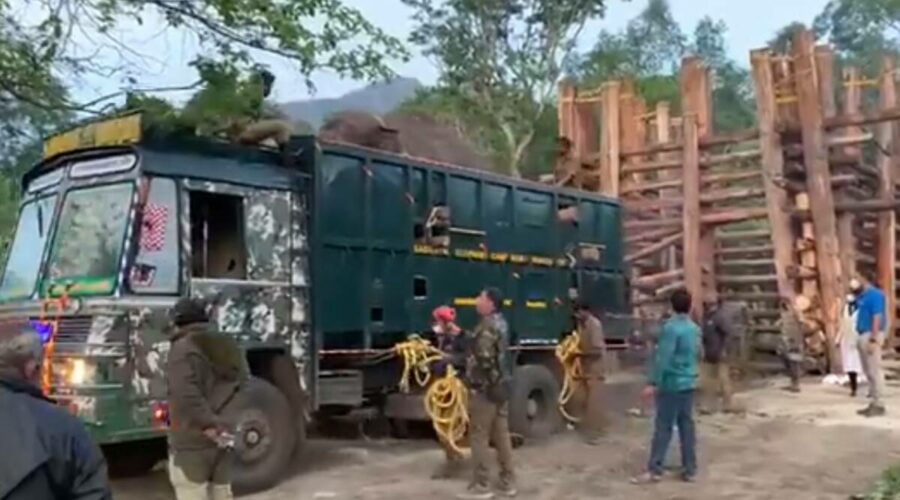 The counter was filed in response to a PIL from S Muralidharan, founder trustee of Indian Centre for Animal Rights and Education, who alleged Rivaldo has come back to Vazhaithotttam. Rivaldo, an elephant which was left in the forest about 10 days ago, did not come back and it is still in the wild in a healthier and happier mood, the Principal Chief Conservator of Forests informed the Madras High Court on Friday.

Denying the allegation of a petitioner that the pachyderm has come back to Vazhaithottam, from where it was captured earlier, the CCF submitted in his counter-affidavit that the elephant was found healthy at the forest where it was left on August 2.

The counter was filed in response to a PIL from S Muralidharan, founder trustee of Indian Centre for Animal Rights and Education, who alleged Rivaldo has come back to Vazhaithotttam.

He sought a direction to the forest department not to capture him again and forcibly take it to the jungle. Instead, he can be taken to the M R Palayam Camp near Tiruchirappalli, where six other female pachyderms were being kept.

If Rivaldo is left in the forest again, petitioner apprehended that he may die due to road or rail accident, electrocution, food poisoning or due to poaching.

The counter stated that before being taken to the forest, a thorough medical examination was conducted and it was found Rivaldo’s blood, serological, lever, haemoglobin, kidney, heart, liver, sugar levels were normal. It was radio collared by reputed experts and the same was connected to the satellite.

Finally, Rivaldo was released in the wild in the early hours of August 2. It had started moving/walking more than 40 to 50 km a day and its foraging was observed and found good. It was also found in the company of several other tuskers and other wild elephants and the body language was judged to be very normal and reflecting completely wild, the counter said, adding the petitioner had filed the plea without the knowledge of elephant ecology or science of elephant management and it was a mere waste of the precious time of the court.

The first bench of Chief Justice Sanjib Banerjee and Justice P D Audikesavalu, before which the PIL came up again today, after going through the counter, adjourned the matter after three weeks.

In the meanwhile, the authorities should keep a watch on the animal, the bench added.