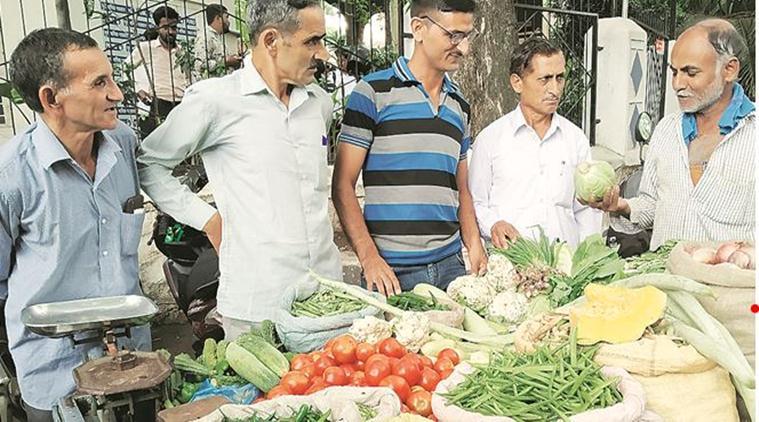 So far, the farmers have visited the College of Agriculture, Pune, Parag Dairy in Ambegaon taluka, where Govardhan Milk is manufactured, and a farmer-centric banking facility. Hind Bhushan, an apple farmer from Gajothe panchayat of Doda district in Jammu and Kashmir, was impressed by the drip irrigation and line-sowing methods used by farmers in Pune district, as well as the use of technology.

Bhushan, part of a delegation of five farmers from Doda, is on a week-long tour to
Pune district. This is the first time that farmers from J&K are visiting to learn newer farming techniques from their counterparts in Maharashtra in a trip organised by city-based NGO, Amhi Punekar.

The initiative is one of the ambitious plans of Doda district administration towards proposed development of agriculture-tourism in the area.

Doda district, which is part of Chenab valley and lies between Jammu and Kashmir, is a natural agro-climactic zone where apples are cultivated. Besides agri-tourism, the district administration also has elaborate plans of starting adventure, medical and religious tourism. They hope that these initiatives will give Doda a face-lift.

“Located along the transition zone, Doda has not received its due recognition so far. We want the farmers here to be exposed to the agriculture and agro-tourism ways of Pune and rest of Maharashtra. By doing so, the farmers will get an opportunity to learn newer techniques, which they can implement in their farming practices back home. This can be a potential way of introducing agro-tourism locally,” Dr Sagar Doifode, district collector of Doda, told The Indian Express.

According to Doifode, who is from Pune, about 90 per cent of the farming in Doda was organic, and this was achieved through the numerous agro-organic clusters dedicated towards cultivating vegetables.

So far, the farmers have visited the College of Agriculture, Pune, Parag Dairy in Ambegaon taluka, where Govardhan Milk is manufactured, and a farmer-centric banking facility. They will also meet wholesale traders at Market Yard.

As Doda is primarily a hilly terrain, transporting water to farms and agriculture produce to markets poses a serious challenge to these farmers from Jammu. “We saw the drip irrigation system in Pune, which can conserve a lot of water. It is very difficult to transport water from hills onto our farmlands and we can replicate this system in our farms,” said Bhushan, who owns a 10-acre land.

According to Om Prakash, another farmer from Dhossa panchayat, the losses incurred while transporting vegetables to markets are huge. “The markets are located 200 km away from our home at Jammu, and we have to bear the expenses of transport, and of any losses if the vegetables perish for any reason. With Article 370 gone, we hope that agro-industries will be set up in the area and they will save our produce from perishing,” said Bansi Lal, another member of the delegation.
Dinesh Singh, another farmer from the area, said, “We need agro-units that can manufacture juices from apples and other fruits. We now hope industries… from Maharashtra and other states will be set up in our locality and help us earn better returns for our produce”.

Balwant Singh from Bolian panchayat said, “Here, we saw how the urine of cow, goat and sheep are used separately in preparing manure, whereas in Doda, we use a mixture of urine from all animals.”
Doifode said he sees huge potential for products like jams and jellies, which can be manufactured from locally-grown fruits and also from dry fruits like walnut and pear.

“Currently, we do not have good agro-manufacturing units and there is huge potential for such units to be set up. We are engaging with governments at district levels as well as NGOs , which have expressed desire to work with the locals. We are also finding institutional mechanisms for this cause,” said Doifode, who is also the district development commissioner of Doda, which is the biggest producer of honey in J&K.

In yet another unique project, the district administration has provided machinery for lavender oil extraction. “This is a project that has been taken up in collaboration with the Indian Institute of Management, Ahmedabad. Besides, we have also formed farmer co-operative groups and are promoting large-scale lavender cultivation,” said Doifode.