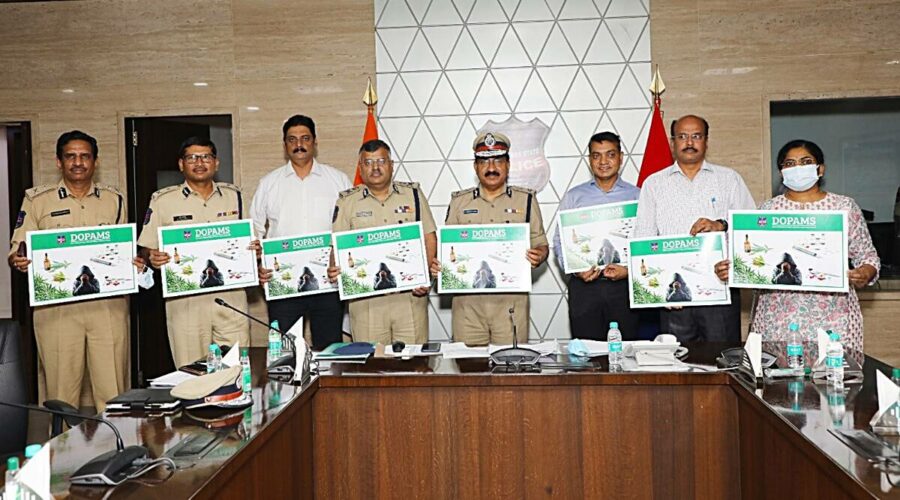 DGP M Mahendar Reddy on Tuesday launched the new platform developed by the state’s counter intelligence (CI) cell for profiling, monitoring, and analysis of cases booked under the Narcotic Drugs and Psychotropic Substances Act, 1985. The software is built on the data available on Crime and Criminal Tracking Network & Systems (CCTNS).

Chief Minister K Chandrasekhar Rao during an emergency review meeting on October 20 had declared an all-out war against marijuana abuse in the state and called for stringent measures to put a stop to transportation, peddling, and consumption of the same. Police have been cracking down on marijuana abuse and also other drugs. Hundreds of FIRs have been filed since and scores of offenders are behind bars. However, keeping track of offenders and their networks posed a major challenge to investigators.

In a statement, the DGP’s office said that the new software enables investigating officers to build, update, and search profiles of known drug offenders. One of its main features helps is to identify offenders who have been involved in multiple crimes of similar nature in the past. It also helps the investigating officer (IO) to identify offenders based on the areas of their operation and the kind of drugs they deal with. The software dedicated to crackdown on drug abuse helps the IO identify the hot spots of drug peddling, cultivation, and supply, and also keep updating the database. It involves data from all across the state and allows centralized monitoring of NDPS cases reported at police stations across the state.

Telangana Police has been facing severe criticism from various quarters over the invasive measures and technology adopted by policemen in tracking and tracing drug users. Earlier in October, videos surfaced showing policemen seemingly checking vehicles, inspecting mobile phones of commoners, and detaining a few on suspicion of being involved in anti-social activities. Activists allege that the police action is illegal, unconstitutional, and targets poor people. The police had denied forceful checking of citizens’ phones.

A Hyderabad-based independent researcher on data and privacy, Srinivas Kodali, had sent a legal notice to Hyderabad police commissioner Anjani Kumar seeking an end to “profiling a certain section of people and vexatiously searching them without following any due process.” Pointing out that Section 19 of the Hyderabad City Police Act prohibits vexatious searches and arrests by police officers and that they may be punished with imprisonment for up to six months or a fine of Rs 500 or both, Kodali had said that “If this is normalised here, it will be done elsewhere too.”

12/01/2021 Cities Comments Off on DOPAMS: New software to aid Telangana Police in war against drugs
India