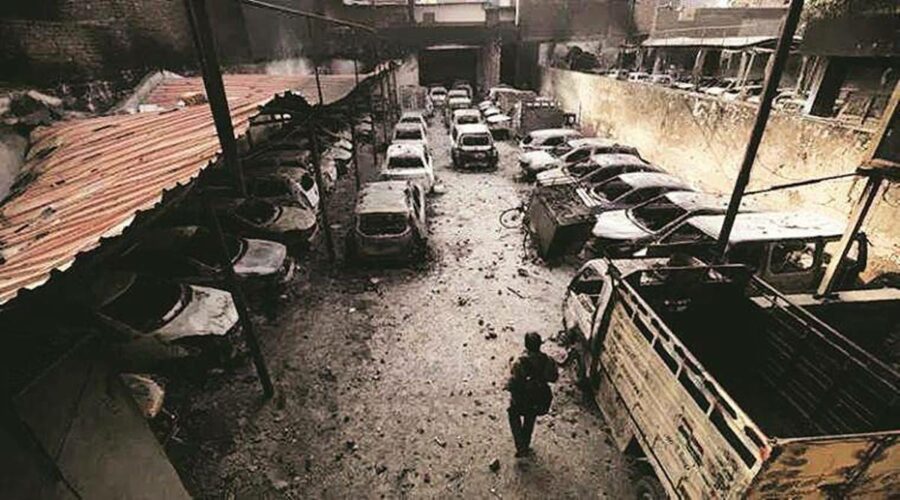 On February 25, 2020, rioters broke into the mosque in Shiv Vihar after a power cut in the area and set two LPG cylinders on fire inside, causing an explosion.

A Delhi court said that it was “pained to see the lackadaisical attitude of the police” which did not disclose before a trial court that it had registered a separate FIR into the arson which took place at Madina Masjid during the northeast Delhi riots and said it reflected the “callous attitude” adopted by the investigating agency.

The observations were made by Additional Sessions Judge Vinod Yadav who accepted the revision petition filed by the Delhi Police and sent back the record to the ACMM. The ACMM passed the order for registration of the FIR in the case to consider the entire matter in a holistic manner as these new facts like a separate FIR came to light.

“Admittedly, the fact regarding registration of FIR had not been made available to the learned ACMM (North-East) at the time of passing of impugned order. Even no mention regarding registration of case FIR was ever made by the investigating agency before the said Court. This prima facie reflects the callous attitude/negligence on the part of the investigating agency, as it was incumbent upon it to have placed complete material before the learned ACMM (North-East),” the order read.

The court said that it is “quite pained to see the lackadaisical attitude adopted by the investigating agency in the matter.”

“The police was not even aware that an FIR had already been registered at Karawal Nagar (police station) by the time respondent had approached the court of learned ACMM with his petition. The investigating agency was duty-bound to have apprised the learned ACMM of the entire facts and place complete material before it, which admittedly has not been done,” the court said.

On February 25, 2020, rioters broke into the mosque in Shiv Vihar after a power cut in the area and set two LPG cylinders on fire inside, causing an explosion. A saffron flag was later planted atop this mosque by a local, who has been named in the complaint along with two other persons. An eyewitness, Vakeel Ahmad, who tried to reason with the mob, was attacked with acid and lost his eyesight, court records stated.

On April 4, 2020, the police first arrested Hashim Ali, a Masjid Committee member, in a case of arson and loot filed by a local, Naresh Chand, whose three shops were set on fire by a mob and several items were looted on February 28, 2020. This complaint was converted into an FIR.

After being granted bail, Ali had also filed a complaint regarding the burning down of his house on March 1, 2020, which was clubbed by the police in Naresh’s complaint.

Ali had also named 15 rioters who had allegedly torched down the mosque in a separate complaint which the police claimed was clubbed with the same FIR.

On February 1, 2021, a Delhi court had ordered the police to register an FIR into the attack on the mosque in northeast Delhi by armed rioters and carry out a complete investigation following a petition filed by his lawyer MR Shamshad.

On March 17, the court had directed DCP (North­East) to file a status report with regard to the investigation carried and had observed that the police arresting the complainant, Haji Hashim Ali, was “an apparent absurdity.”

When the court questioned the police on the case diaries, witness statements, and evidence, the police took a u-turn and said that they found an FIR in which the mosque burning complaint was filed. The judge hearing the case had come down hard on the police accusing them of a “callous attitude” in the investigation, proceeding in a “hurried and unholy haste” and “probably recording the statement of witnesses” in this new FIR after the court asked it to produce the case diaries.

The police had admitted they “inadvertently” could not mention in their earlier status reports that the Madina Masjid FIR was in fact registered as a separate FIR.