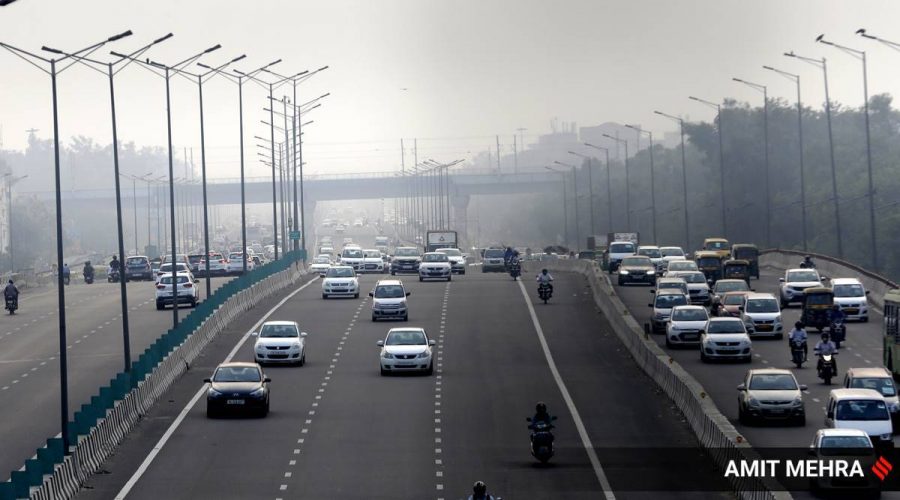 According to the Fire Department, about two lakh litres of water is being sprinkled every day by its personnel at 13 places declared as pollution hotspots by the Delhi government. Over 70 lakh litres of water was sprinkled at 13 pollution hotspots in the past 36 days by the Delhi Fire Service to hold down dust as a measure to improve the deteriorating air quality in the city, officials said on Sunday.

The drive began on October 17 following orders from the Delhi government to check the dust pollution in the national capital, they said

According to the Fire Department, about two lakh litres of water is being sprinkled every day by its personnel at 13 places declared as pollution hotspots by the Delhi government.

A total of 15 fire tenders have been pressed into service to sprinkle water at the identified hotspots and around 45 fire personnel have been deployed for the task, said Atul Garg, Director of Delhi Fire Service.

“On an average, two lakh litres of water is sprinkled every day. It has been an ongoing drive ever since the directions were issued from the Delhi government. The exercise began on October 17 and since then our personnel have sprinkled more than 70 lakh litres of water across 13 identified hotspots to curb dust pollution,” he said.

Pollutions levels breached the emergency threshold twice this month in the national capital as a grey apocalyptic smog enveloped the city for days, blotting out the sun and smudging landmarks from view.

According to the Graded Response Action Plan (GRAP), the air quality is considered in the “severe plus” or “emergency” category if PM2.5 and PM10 levels persist above 300 µg/m3 and 500 µg/m3 for more than 48 hours.
Delhi witnessed six “severe” air days on the trot from November 4 to November 9. It had recorded seven “severe” air days in November last year.

Pollution levels on Diwali this year and the day after were the maximum in the last four years.

The Delhi government had on November 5 banned the sale and use of all kinds of firecrackers in the city till November 30.

The National Green Tribunal had also imposed a total ban on sale or use of all kinds of firecrackers in the National Capital Region from November 9 midnight to November 30 midnight, saying “celebration by crackers is for happiness and not to celebrate deaths and diseases”.

This year, the Delhi government has launched a massive anti-air pollution campaign — ‘Yuddh Pradushan Ke Viruddh’ — which is being led by Chief Minister Arvind Kejriwal and Environment Minister Gopal Rai.

A ”green war room” has also been set up at the Delhi Secretariat to monitor steps being taken to bring down pollution levels in the city this winter.