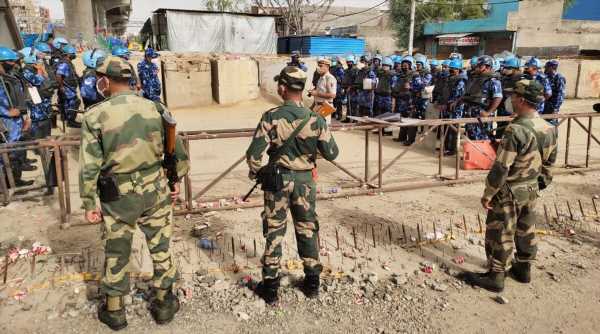 The Delhi Police have strengthened their presence at various border points in the wake of the call and all internal and outside forces have been mobilised to the maximum. The Delhi Police on Thursday stepped up security deployment at all the border points connecting the neighbouring states of Haryana and Uttar Pradesh after they received intelligence inputs that around 50,000 farmers are planning to enter the national capital. The farmer organisations, however, said there were no such plans.

A senior police officer said they received inputs that one of the farmers’ unions made a call for farmers to come from Panipat toll plaza to Singhu Border, but their posters also mentioned going to Delhi. “Our staff at all the border points, including the protest sites of Singhu, Tikri and Ghazipur, is performing its duties round the clock, but we have just strengthened our presence at various border points in the wake of the call. All internal and outside forces have been mobilised to the maximum,” an officer said.

Farmers have been protesting at Singhu, Tikri and Ghazipur borders of the national capital for over six months against the three newly enacted farm laws: Farmers’ Produce Trade and Commerce (Promotion and Facilitation) Act, 2020; the Farmers Empowerment and Protection) Agreement on Price Assurance and farm Services Act 2020 and the Essential Commodities (Amendment) Act, 2020.

Senior district DCPs reviewed all the arrangements and found that the situation remains peaceful, but they have been asked to make heavy security deployment with multi-layered barricades as a precautionary measure. “We have coordinated with them and informed them action will be taken against those who try to take the law into their hands,” the officer said.

06/10/2021 Cities Comments Off on Delhi Police increase deployment at borders after inputs that 50,000 farmers plan to enter capital
India