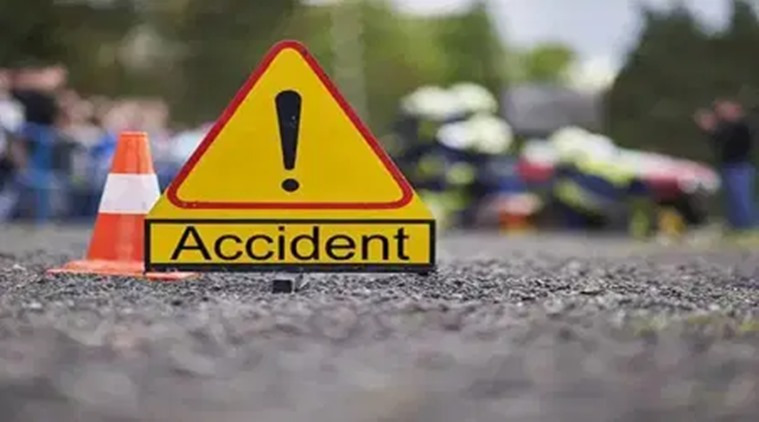 After scanning more than 40 CCTV cameras in the city and examining over 100 tempos, police found that the accused had come from Gurgaon, senior officers said. A week after a 58-year-old Assistant Commissioner of Police (ACP) was mowed down by a speeding tempo, the Delhi Police arrested the 28-year-old driver from Rangpuri Mahilpalpur in Delhi on Friday.

On July 25, ACP (traffic) Sanket Kaushik died after he was allegedly hit by the vehicle on the service lane near Rajokri flyover. Police said the deceased was managing traffic when the incident occurred.

Since there was mud on the number plate, the vehicle couldn’t be identified by eyewitnesses on the spot.

Police said the driver, Amit Pulami, hails from Nepal and had recently got his tempo repaired to mislead the cops in the investigation.

As part of the investigation, the police deployed six teams to check the CCTV footage around the area of accident and conduct a local enquiry. The clipping from a MCD toll tax booth at Delhi-Haryana border and NH-8 were recovered. More than 50 tempos were then examined by the police.

“We also checked records from a cargo of IGI Airport to check if the accused went there. We found 52 tempos in the records and examined all of them,” said the police

After scanning more than 40 CCTV cameras in the city and examining over 100 tempos, police found that the accused had come from Gurgaon, senior officers said.

“The accused was on the service lane and took a U-turn under the Rajokri flyover before going towards the spot. We followed the route of the vehicle with different CTTV footage and found that a tempo had left from a warehouse in Rangpuri and reached the Rajokri flyover,” DCP Arya said.

The investigating team confirmed the footage with the records from the warehouses and the accused was subsequently traced to Rangpuri Mahilpalpur. He was apprehended from the parking area.

Pulami told the police that he was going towards IGI from his warehouse at Rangpuri when the mishap took place. He trying to enter NH-8 through the service lane when his vehicle hit the cop. He then crossed the road and fled towards IGI and stayed there till 10 pm.

Next day, he went to a repair shop to mend the scratches and other damages on his vehicle and evade arrest.

Police said that Pulami lives with his wife and their two children. He came to Delhi from Nepal a year ago.