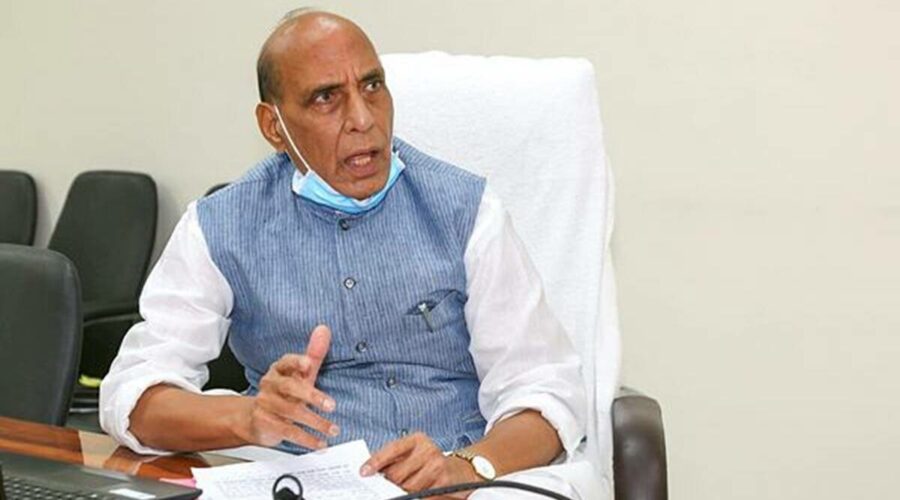 The court also pulled up Batra Hospital, where 12 people lost their lives last week on account of shortage of oxygen, for detaining a tanker of Goyal Gases on Saturday and forcing the driver to deliver more than what was allocated to it. THE DELHI High Court Monday directed the Centre to apprise it about its decision on a request sent by Delhi Deputy Chief Minister Manish Sisodia to Defence Minister Rajnath Singh to lend services of the Armed forces to set up, operationalise and run Covid-19 health facilities with about 10,000 oxygenated and 1,000 ICU beds.

Additional Solicitor General Chetan Sharma informed the court that the minister himself is looking into the matter at present, and sought time to inform court about further progress.

The division bench of Justices Vipin Sanghi and Rekha Palli said there is no doubt that a “good case” is made out for the Army’s help. “It is a national calamity, major one,” said the court.

On May 1, the court had suggested the Delhi government seek assistance from the Army to set up field hospitals.

“Army works at its own level. They have their own infrastructure and sources. You would not be then required to run here and there for oxygen. They will take that responsibility also,” it had said, adding that the government’s plan to add 12,000 beds depends on availability of oxygen.

The Delhi government, in the letter written on Sunday to the Union Defence Minister, also asked for cryogenic tankers to transport liquid medical oxygen. It further sought the ministry’s help in procuring medical oxygen cylinders and asked it to provide medical and para-medical teams to supplement the medical manpower of Delhi.

The bench on Monday also said the Centre cannot tell it that the Supreme Court has passed an order with regard to the issues and the apex court should only deal with it. “We all are duty bound,” said the court, adding that it considers its duty to ensure compliance of the directions of the Supreme Court.

It also pulled up Batra Hospital, where 12 people lost their lives last week on account of shortage of oxygen, for detaining a tanker of Goyal Gases on Saturday and forcing the driver to deliver more than what was allocated to it. The supplier told the court it was forced to deliver 4.8 MTs when it was only supposed to deliver 2.5 MTs.

“This will not do. Whatever the problem, we are trying to fix that… but that does not give you a right to forcibly detain tankers. This will not do. Otherwise, we will have to tell you to discharge your patients and fend for yourself,” said the court, adding that such “anarchic conduct” would affect other hospitals in the chain.

The hospital submitted that there has been an erratic supply of medical oxygen and apologised to the court for the incident. “Never again will this ever happen again,” Dr Sudhanshu Bankata, executive director of the hospital, told the court.

Directing hospitals and nursing homes to adhere to the allocation orders issued by the Delhi government on medical oxygen supply, the court asked them to not expect suppliers to provide them excess of what has been allocated.

The court also said allocation to the hospitals has been done on the assurance given by suppliers and it is known that there is shortage of medical oxygen. It further said due to the shortage, hospitals have reduced the number of beds to the detriment of people.

The Delhi government told the court that six plants supplying oxygen to it are about 1,500 km away, and the total quantity from them is 255 MTs. It also said the additional allocation of 100 MTs given to it is coming from Jharsuguda and Kalinagar, out of the six plants.
“For this 255 MTs to come every day, we need to find a workable mechanism,” senior advocate Rahul Mehra, representing Delhi, told the court.