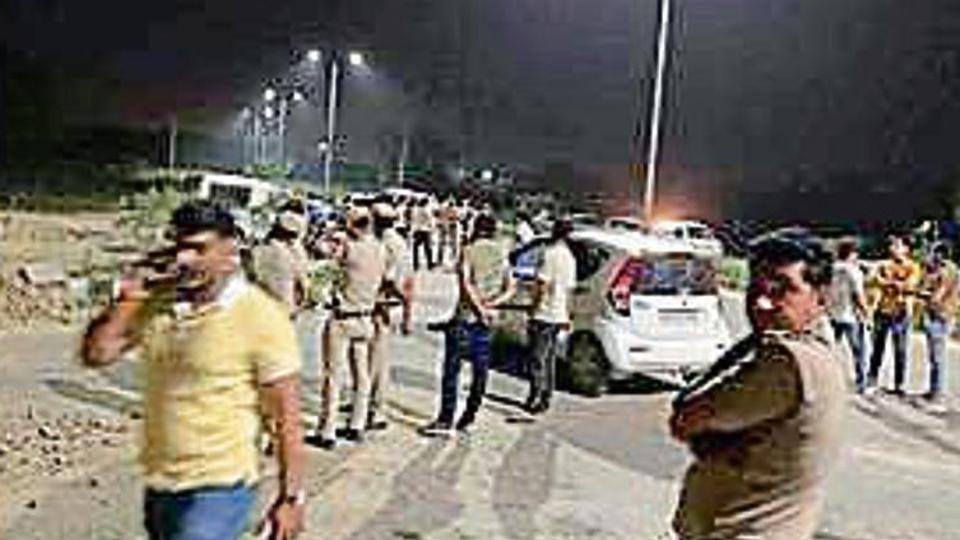 A day after a turf war between two criminal gangs spilled on the city streets, in which police shot dead one of the alleged gangsters, there was another shoot-out between police and an alleged criminal.

A 30-year-old alleged criminal was shot in his leg by the police team, after which he was arrested.

Police identified the man as Sumit alias Pinka,a resident of JJ Colony in Wazirpur, who is wanted in a case of robbery and murder at northwest Delhi’s Keshavpuram .

“Last year, Sumit and his aide had robbed an employee of a footwear company who had gone to a bank in Keshavpuram for some official work. Sumit and his friend had intercepted Kumar at an underpass on Lawrence Road and tried to rob him but he raised alarm. Listening Kumar’s cries for help, a scooter rider from Rohini, who was passing by, stopped and challenged them. In order to escape from the spot, they had shot at Garg and sped away with Kumar’s bag containing some cash, laptop and other valuable items, on their motorcycle,” Kushwah said.

The officer said that after receiving information about Sumit in Narela, police laid a trap and spotted him on a bike at 8.45pm.

DCP Kushwah said police signalled Sumit to stop, but instead he opened fire on the police team. “He fired eight rounds at our team and in retaliation four gunshots were fired by our men. One bullet fired by us hit Sumit in his leg,” Kushwah said.

The officer said, police rushed Sumit to Satyawadi Raja Harish Chandra hospital where he is being treatment.