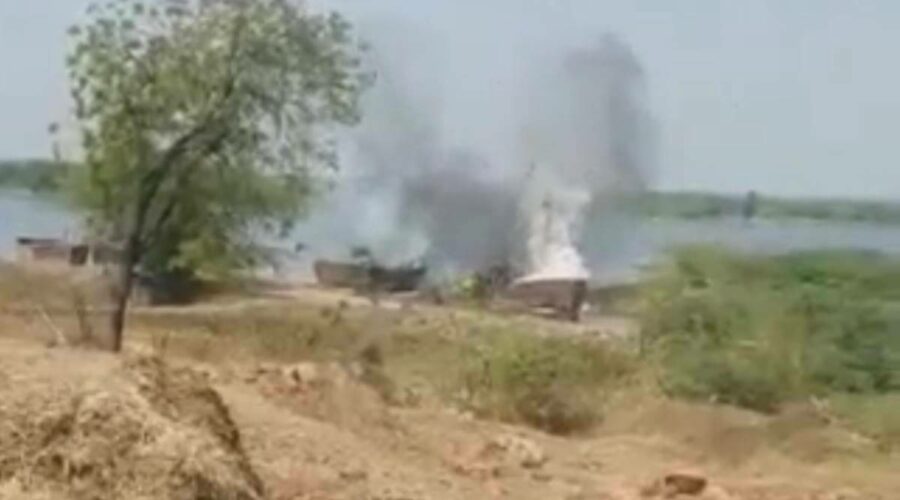 Over the last several months, the Pune District Administration, Police, Forest Department and other agencies have launched a coordinated crackdown against these gangs. Continuing their crackdown against the notorious sand mafia operating in the Bhima river basin, the Pune rural police have seized and destroyed 14 boats used for illegal sand mining and have externed two alleged sand mafia gang leaders over the last two weeks.

Daund, Shirur and Indapur talukas of Pune district have numerous illegal sand mining rackets in operation, especially in the Bhima basin riverbeds, according to police. These riverbeds are known to have good quality sand, a commodity which is always in very high demand mainly in construction — both in non-government construction projects and government-initiated infrastructure projects. Over the last several months, the Pune District Administration, Police, Forest Department and other agencies have launched a coordinated crackdown against these gangs. In October and November last year, these agencies had together seized and destroyed over 80 boats used for excavation and had made several arrests.

The Maharashtra Police Act empowers the police officer of Deputy Commissioner of Police (DCP) or Superintendent of Police (SP) rank to extern or banish a criminal from specific jurisdiction if there is a reasonable belief that the said person can pose danger to law and order based on past record. The externment orders are subject to judicial scrutiny. The said history-sheeter can be booked if found to be in the area for which the externment order has been issued.

Both Amnar and Lavangare have been externed from Daund, Shirur, Indapur and Baramati talukas of Pune and in addition from two bordering taluka of Solapur and Ahmednagar districts where they were alleged to have been operating.