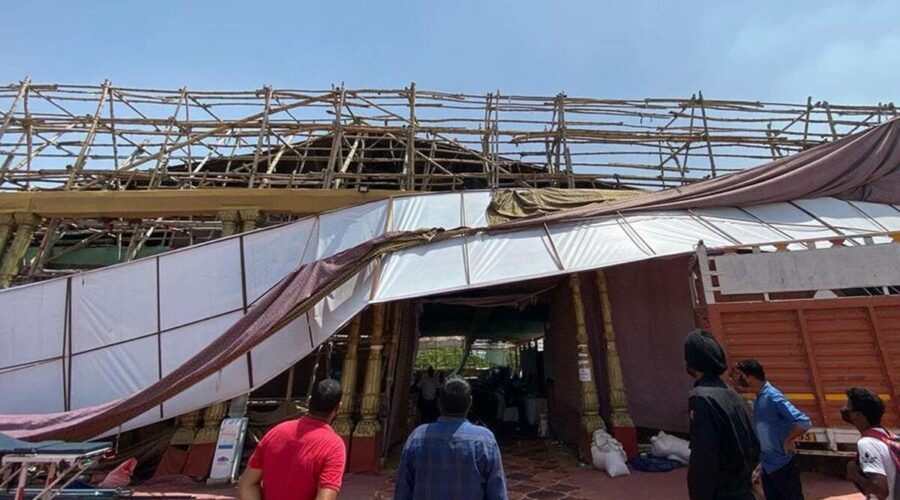 The incident took place around 8 am, when around 8-10 volunteers were at the camp. Seeing the men, they rushed to the security guard who took them outside. 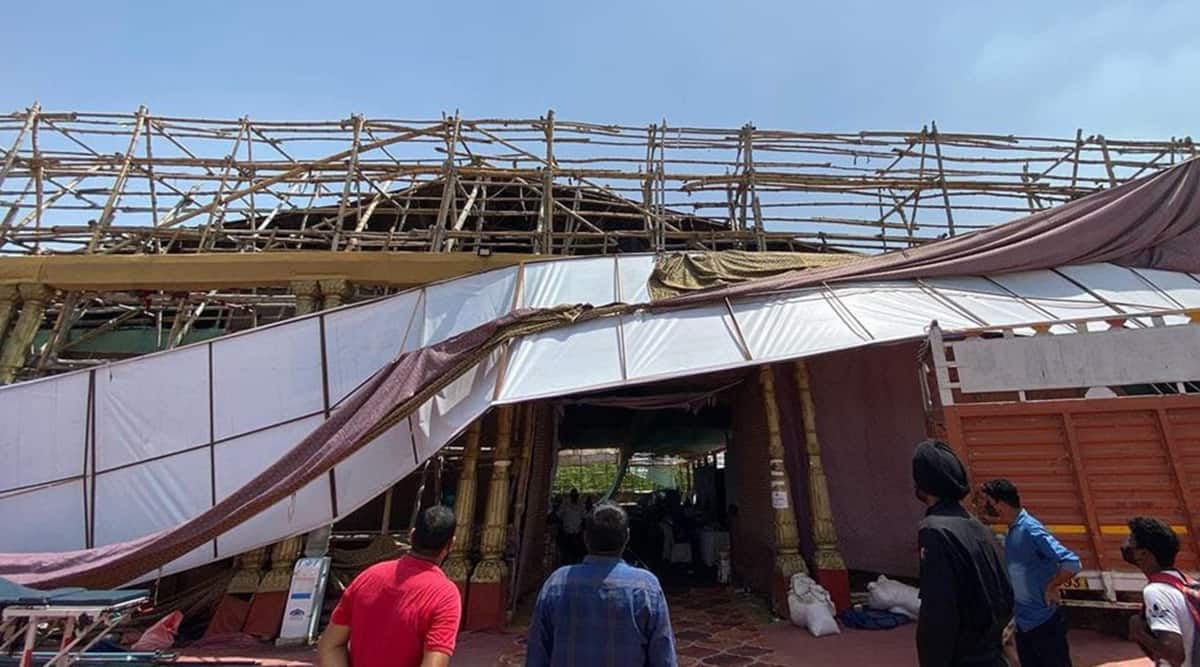 A Covid relief camp set up by the Hemkunt Foundation in Gurgaon’s Sector 61 was vandalised by a group of men on Thursday morning. Volunteers at the camp alleged that 10-20 men with sticks broke in and damaged furniture, beds and tents. No patients were admitted to the centre at the time.

The incident took place around 8 am, when around 8-10 volunteers were at the camp. Seeing the men, they rushed to the security guard who took them outside.

Harteerath Singh, community development director at Hemkunt, posted photos of damaged tents and the Covid centre after the incident. He told The Indian Express: “We can’t name the people who did this. I have been receiving death threats for days and have complained to the police. The goons entered and started destroying everything. Thankfully, our volunteers rushed to a secure place and saved themselves. We are still not entering the centre. It’s dangerous.”

Singh said the foundation has lodged a complaint in the matter. Police, who arrived along with the local administration arrived at the centre in 10-20 minutes, said the complaint has been received and an enquiry initiated. No FIR has been registered so far.

Subhash Boken, Gurgaon Police PRO said, “We will be conducting an enquiry in the matter. The organisation was in contact with a tent house company and was in possession of the land through a verbal agreement. Since there were no patients at the centre, the company asked the volunteers to vacate the place. There was a dispute over this. We have received a complaint from the volunteers and will take action.”

A volunteer, who didn’t wish to be named, said the property belongs to a local politician and alleged he sent his men to vandalise the centre. Police, however, denied this allegation and said the owner of the property wasn’t involved in the dispute. The foundation dealt with the tent company, which took the space on lease from the owner.

Deputy Commissioner of Gurgaon Yash Garg also visited the centre and told the media that they will be conducting an enquiry and the issue will be resolved soon.

Singh said, “Our banners, tents, beds and other equipment have been damaged. I saw one of the goons with a pistol… they were here to threaten us. We used the centre for patients and also for refilling oxygen cylinders. We have around 100 cylinders or more. We want to continue serving people and need access to land in Gurgaon for the same.”

06/03/2021 Cities Comments Off on Covid centre set up by Hemkunt Foundation in Gurgaon vandalised, police say inquiry on
India