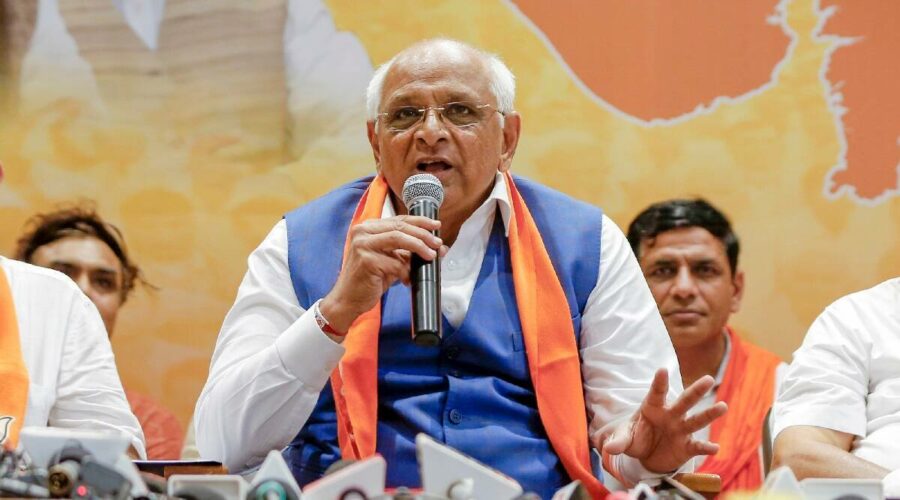 A resolution was also passed by the state’s revenue department on November 20 stating the payment of the ex gratia amount would be made from the State Disaster Relief Fund. The Gujarat government has dropped the scrutiny process for Covid-19 ex gratia compensation after the Supreme Court’s rap on the knuckle last week. It has also taken steps to include deaths by suicide within 30 days of testing positive for Covid as Covid deaths and provide compensation.

Gujarat notified the changes after the apex court last week criticised the state’s constitution of the Covid-19 Death Ascertaining Committee (CDAC) via a government resolution dated October 29. The state government amended the resolution a day ahead of the hearing scheduled for Monday.

The new resolution, issued by the Gujarat health department, mentions four circumstances under which the next of kin of those deceased need not approach CDAC for the compensation. Instead, they could “directly apply to the district disaster management authority/ district administration for access to Covid-19 death-related assistance”.

These include cases of death that occured in the hospital or outside, while testing positive for the coronavirus, either through a positive RT-PCR test, rapid antigen test (RAT) or any other molecular test or clinically determined through investigations at a hospital or in-patient facility by a treating physician.

A positive case, while admitted in the hospital/in-patient facility and who continues as the same admission beyond 30 days and dies subsequently, shall also be treated as a Covid death. If a Covid positive patient dies by “suicide within 30 days of being tested positive”, the next of kin of the deceased would be eligible for financial assistance, the notification says.

It clarifies that in the above-mentioned three scenarios, if the specified provisions and conditions are being fulfilled, it would be considered “death by Covid-19” even if the cause is not written as Covid-19 in the medical certificate.

In cases where the Medical Certification of Cause of Death (MCCD) form does not clearly state the cause of death as due to Covid-19 and fulfills the above-mentioned criteria, the Covid test report and the death certificate issued by the sub-registrar “shall have to be annexed while filing an application for assistance before the district disaster management authority/district administrative unit,” the amended resolution states.

The notification comes in the wake of the SC order, dated November 18, that took note of Gujarat’s constitution of CDACs. “It appears that an attempt has been made to overreach the directions issued by this court,” the apex court stated.

The court clarified that it had directed to constitute a grievance redressal committee in case the compensation is not paid and the family members are aggrieved and/or they are aggrieved with respect to the death certificate issued.

“There was no direction at all for the purpose of constituting a scrutiny committee for the purpose of issuing a certificate for getting the compensation. Our direction was very clear that the amount of compensation to be paid on production of RT-PCR certificate and the death certificate showing that the death has occurred within 30 days… It was made clear that even in a case where the cause is not shown as death due to Covid the death certificate but if found that the deceased was declared Covid-19 positive and he has died within 30 days, automatically, his/her family members are entitled to the compensation without any further conditions… Still, such a notification has been issued without the application of mind…,” the court said.

Following the SC’s observations, the state government modified its earlier resolution, and in an affidavit dated November 21, submitted by Additional Chief Secretary of Gujarat health department, Manoj Aggarwal before the SC, it was stated that the state did not intend to “overreach” the court’s directions. It added that the eligibility criteria for compensation have been simplified in the modified GR.

“There is no requirement of appearing before any scrutiny committee, in cases where a person has died within 30 days of being declared as Covid-positive or if the Covid patient has passed away during or within 30 days of receiving hospital treatment/facility,” it clarified.