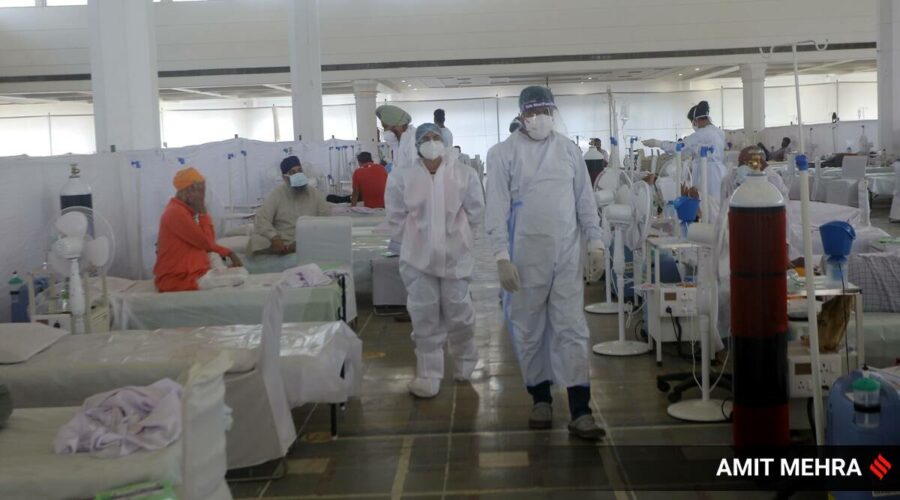 On Monday, in a slight easing of the lockdown, construction activity resumed and factories were allowed to reopen. Covid cases in Delhi continued their descent, with 576 cases being reported on Wednesday. The positivity rate, which in April had hit a peak of 36%, also dropped to 0.78% — under 1% for the third day in a row.

According to government officials, there is a strong likelihood of markets reopening next week if cases and positivity rate continue to dip.

On Wednesday, 103 Covid deaths were reported. The number of deaths were below 80 for two days. There is usually a lag of two to three weeks between peak cases and deaths due to the progression and nature of the disease.

On Monday, in a slight easing of the lockdown, construction activity resumed and factories were allowed to reopen. Market associations and traders, however, said the decision was unfair as they have been suffering huge losses over the last two months. Market associations had earlier supported the lockdown, saying they agreed with the Delhi government’s decision keeping in view the rapidly rising cases.

Chief Minister Arvind Kejriwal had said Monday that if cases continue to dip, more activities will be allowed gradually. He had also said that if cases rise again and Covid protocol is not followed, the unlock process would have to be halted midway.

The Aam Aadmi Party had earlier alleged that while the government was in favour of allowing markets to reopen, the L-G had not given an approval. Officials in the L-G office, however, stated that reopening of only two activities – manufacturing and construction – were on agenda the day the meeting for unlocking was conducted.

Vaccination for those in the 18-44 age group, however, continued only at private centres, with 20,260 people in the category getting their first dose. Around 360 people in the age group also got their second dose. A total of over 50,000 people were given shots on Wednesday.

06/02/2021 Cities Comments Off on Covid-19: Cases dip, markets in Delhi likely to reopen next week
India