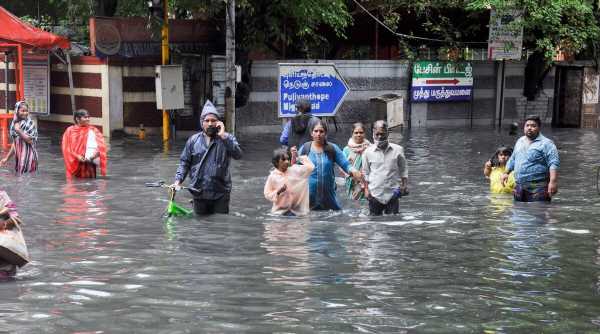 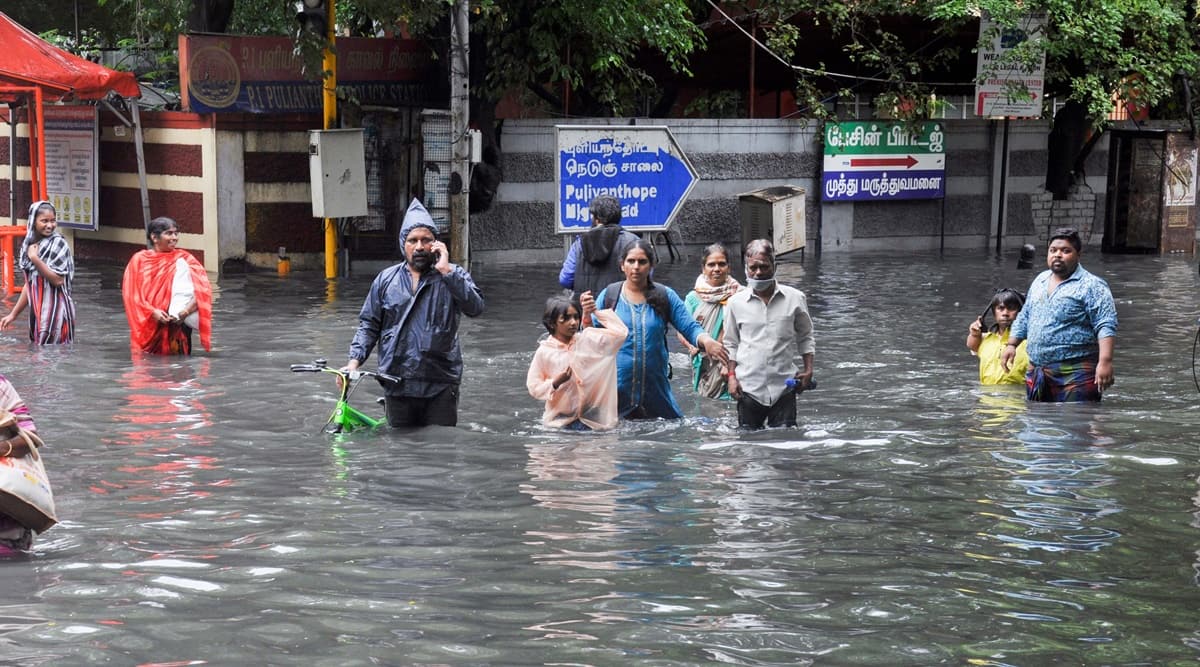 The IMD has predicted more rain in the coming days. Thunderstorm with heavy to very heavy rain is likely to occur at isolated places over Chennai, Villupuram, Cuddalore, Mayiladuthurai, Nagapattinam districts and Puducherry on Monday.

Meanwhile, Prime Minister Narendra Modi on Sunday spoke to Chief Minister MK Stalin to discuss the situation in wake of the heavy rainfall in parts of Tamil Nadu. The Prime Minister assured Stalin of all possible support from the Centre in rescue and relief work in the southern state.

The observatories at Nungambakkam in Chennai and Meenambakkam in the suburbs recorded 21.5 cm and 11.3 cm of rain respectively, as of 8.30 am Sunday — making it the heaviest rain that the region has reported since 2015.

The Chennai Metro Rail on Monday announced that the metro trains will function on the Sunday timetable on account of the holiday declared by the state government, with extended service hours from 5:30 am to 11:00 pm. The services will run with a 10-min headway.

Meanwhile, the Southern Railways announced that all suburban trains will run normally as the waterlogging issues have been resolved. At Korukkupet station, trains will run slowly and some marginal delay is likely to be caused, the DRM Chennai tweeted.

According to the IMD’s bulletin, under the influence of the cyclonic circulation over Southeast Bay of Bengal, a low pressure area is very likely to form over the region and neighbourhood during next 24 hours. It is likely to become more marked over the same region during the subsequent 24 hours and move west–northwestwards and reach near north Tamil Nadu on November 11.

“In association with this formation, there would be a continuation of the ongoing active rain spell over Tamil Nadu during November 8-12,” the weather agency predicted.