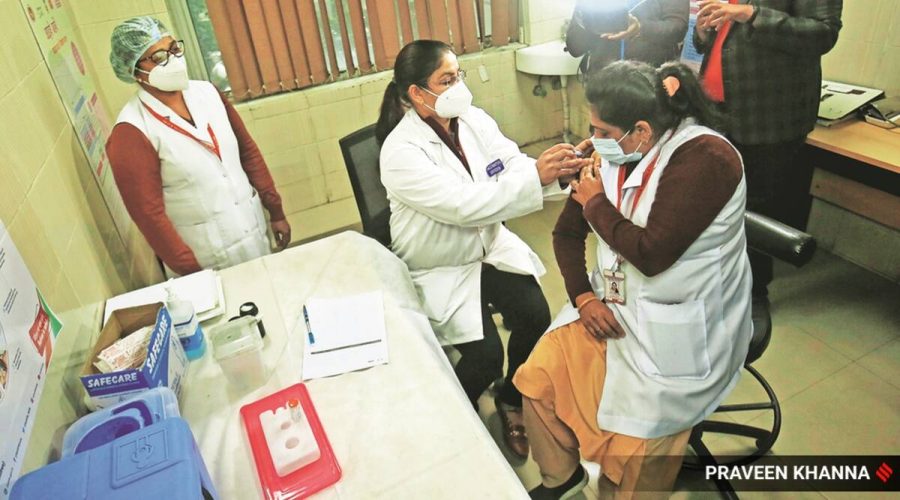 Dr Jagat Ram, Director, PGIMER, said in the meeting that there is no adverse effect of the trial of both the doses for Covishield vaccination conducted successfully on 149 volunteers. The dry run exercise "went on smoothly" in Chandigarh. 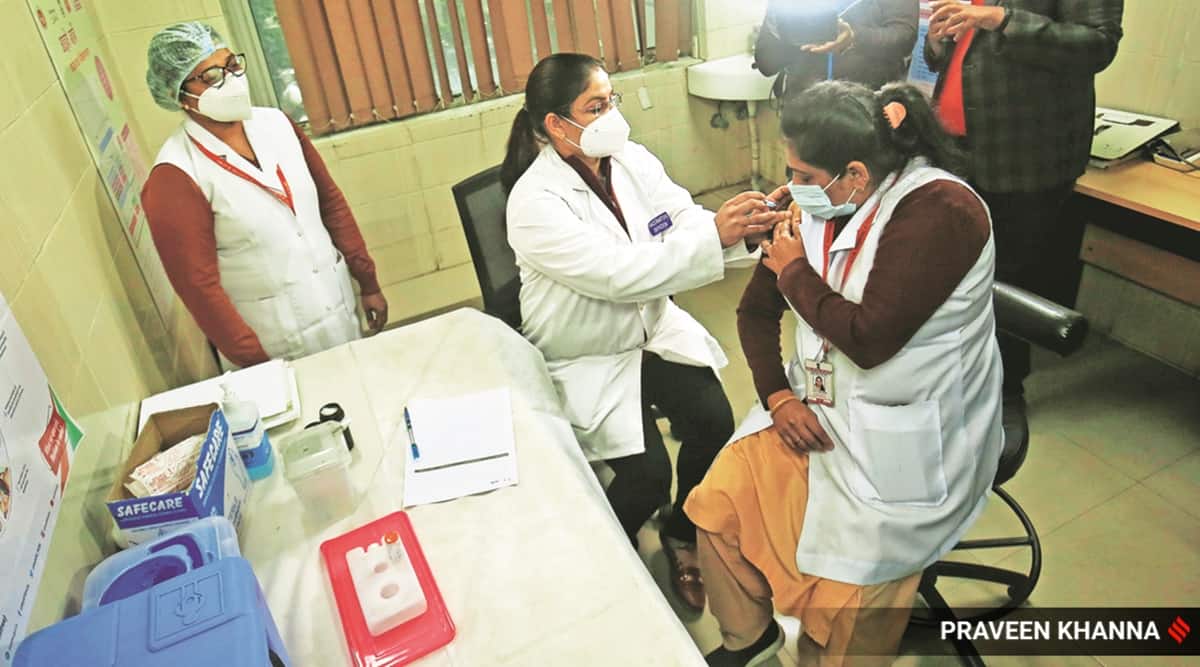 A total of 10,500 frontline workers of Chandigarh Municipal Corporation have been identified for vaccination in the second phase. This was stated by Municipal Commissioner KK Yadav in the war room meeting chaired by UT Administrator V P Singh Badnore.

The Municipal Commissioner apprised the Administrator that the data of almost 10,500 frontline workers of Municipal Corporation has also been compiled and ready to be uploaded for vaccination in the second phase.

Similarly, data for other frontline workers like police, civil defence, revenue and disaster management is also being compiled, he said.

A total of 8,830 healthcare workers, including private healthcare providers, have been registered in Chandigarh, who are to be administered vaccination in the first phase. One walk-in refrigerator has been sanctioned by Government of India for Union Territory, Chandigarh, to augment the vaccination effort.

About the dry run held, Mandip Singh Brar, Deputy Commissioner, Chandigarh, stated that he has monitored the dry run exercise thoroughly “and the exercise went on smoothly”.

He also apprised the Administrator that the staggering of healthcare workers for vaccination needs to be done to ensure better-coordinated effort and Government of India has already been requested to make requisite amendment in the portal.

To sensitise the private healthcare providers about vaccination protocol, a webinar was also held on December 29 by the health department.

Post-Covid Care Clinics are also operating in GMCH-32 and GMSH-16 and about 20 such patients are being monitored daily. Badnore appealed to all the recovered Covid patients to avail the facility of Post-Covid Care Clinic, so that any unexpected health issue can be addressed timely by professionals.

Dr Jagat Ram, Director, PGIMER, said in the meeting that there is no adverse effect of the trial of both the doses for Covishield vaccination conducted successfully on 149 volunteers.

Dr Amandeep Kang, DHS, GMSH-16, added that a total of 12,223 Covid samples have been tested in the last 12 days, out of which 617 have been found positive with 5% positivity rate.

No dengue case has been detected yesterday and a total of 265 dengue cases have been detected, as against 286 in the corresponding period last year. She also stated that the dry run of vaccination has successfully been conducted at three sites in GMSH-16, Civil Hospital, Manimajra, and Sector 22 Hospital to check end-to-end testing of CoWin portal.

The director said that they have 63 Covid patients in Nehru Hospital Extension, out of whom 20 belong to Chandigarh, 26 to Punjab, eight to Haryana, five to Himachal Pradesh and the remaining to other states.

Director Principal, GMCH-32, Dr Jasbinder Kaur in the meeting stated that OPDs of ENT, Neonatology, Pain Clinic and Pre-Anesthetic Check-ups (PAC) have been started today and, hence, all OPDs have been made functional. It was also stated that all 34 samples of UK-returned travellers have been found to be negative.

Administrator, UT, Chandigarh complimented the Civil Administration, especially police for excellent work done on the New Year Eve for controlling the congregation of people without imposition of additional restrictions like night curfew etc. It was said that he was glad to note that there was no untoward incident reported, which marred the occasion.

He also congratulated the entire Chandigarh Administration for getting Best Governed Union Territory Award from Public Affairs Centre, Bengaluru, which is based on Public Affair Index, 2020. 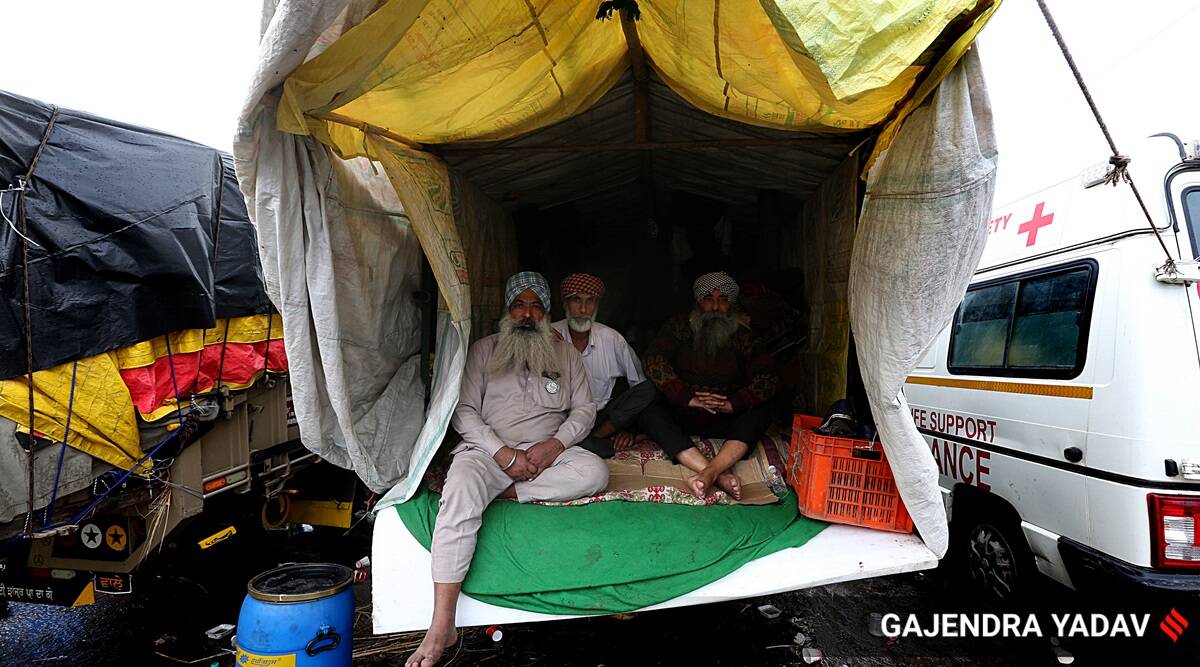 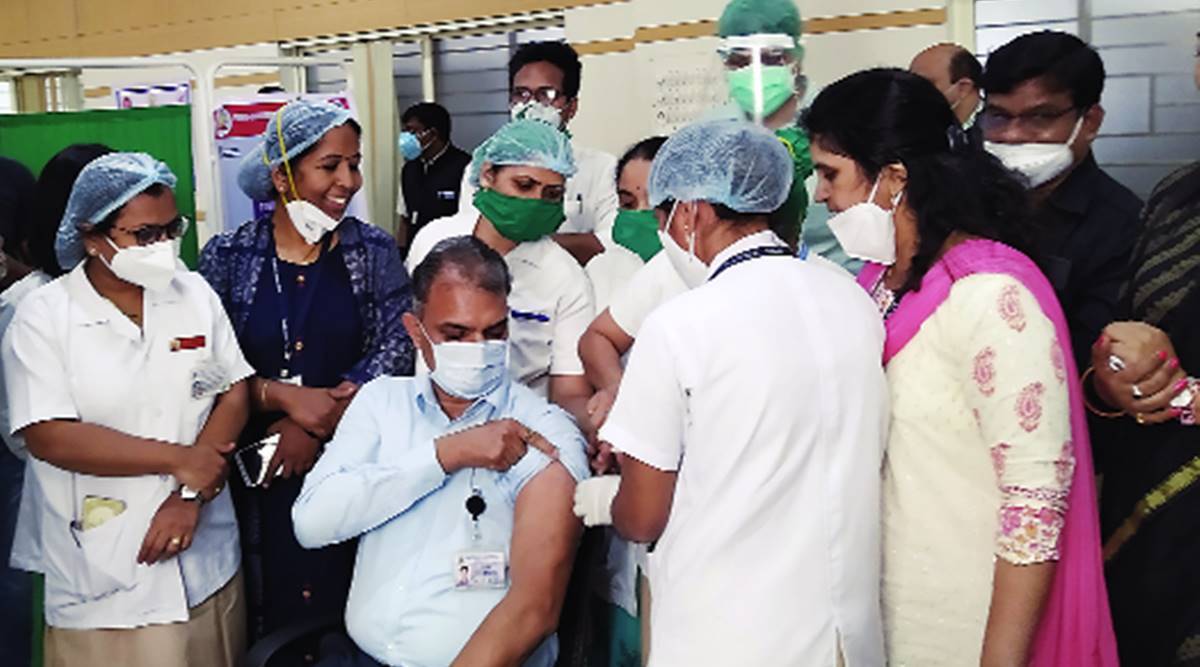