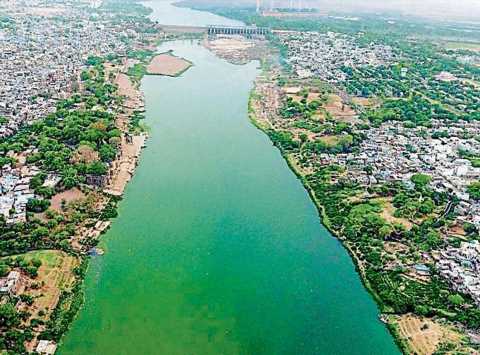 The Rajasthan government is planning to develop a riverfront along the Chambal in Kota city to promote ecotourism.

Urban development and housing minister Shanti Dhariwal said instructions have been given to the Urban Improvement Trust of Kota for preparation of a detailed report of the project, conceived on the lines of riverfronts along the Sabarmati in Gujarat and Gomati in Lucknow (Uttar Pradesh).

“The idea is to develop a riverfront either in the upstream or downstream but chances of developing it downstream are more,” he said.

Dhariwal said the purpose of the riverfront development is promotion of ecotourism along the Chambal, the only perennial river of the state.

A consultant firm of New Delhi is preparing the DPR that will be given to the UIT, Kota within a month’s time, he said, adding that the project will also check river pollution.

“The riverfront has been planned to capitalise on the natural beauty of the Chambal and its banks which are rich in biodiversity,” Dhariwal said.

Nikhilesh Sethi, convener of the Kota chapter of the Indian National Trust for Art and Culture, said the Chambal riverfront will certainly boost ecotourism in Kota but the government should first check pollution in the Chambal. “If the river remains polluted, then there will be no point in developing the riverfront.” Sethi said opinion of naturalists should also be taken along with that of civil engineers while developing riverfront in Kota.

Dhariwal has carried out development works in Kota and other parts of the state during his previous tenures in the ministry. He has constructed the Seven Wonders Park in Kota, which has replicas of seven wonders of the world.

He developed Chaupati Bazar along Kishore Sagar lake of Kota in his last tenure as UDH minister from 2008 to 2013.