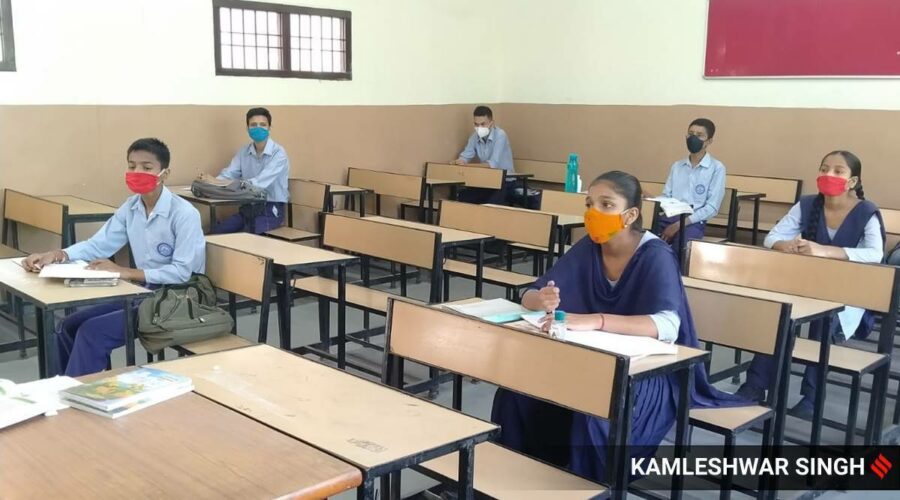 The Cabinet also gave a go ahead to introduce this Bill in the current session of Punjab Vidhan Sabha. In a bid to strictly enforce the implementation of Punjabi as compulsory subject for class 1 to 10 across the state, the Punjab Cabinet Sunday approved amendment in the Punjab Learning of Punjabi and Other Languages Act, 2008 to enhance the penalties from Rs 25,000, Rs 50,000 and Rs 1 lakh to Rs 50,000, Rs 1 lakh and Rs 2 lakh respectively, for violating the provisions of the said Act.

The Cabinet also gave a go ahead to introduce this Bill in the current session of Punjab Vidhan Sabha.

Sub Section (1A) under Section 8 of the Act has been inserted, where the State Government is of the opinion that it is necessary or expedient to do so, for reasons to be recorded in writing, it may, suitably enhance or reduce any of the penalty as specified in sub section 1 of Section 8 of this Act by publishing a notification in the official gazette.

Notably, the Punjab Learning of Punjabi and Other Languages Act, 2008 was enacted by the State Government with the objective to provide for learning of Punjabi as compulsory subject by all students studying in 1st to 10th Class and for learning of other languages also and for the matters connected therewith or incidental thereto. Sub-section 1 of Section 8 of the said Act relates to imposition of penalties upon Schools that violate the provisions of the said Act.

It may also be mentioned that in pursuance of the aforesaid definition, the State Government vide notification dated 22 March 2010 has already notified that Central Schools, Navodya Schools and all Schools affiliated with the Central Board of Education and Indian Council of Secondary Education situated in the State of Punjab to be the Schools for the purposes of the said Act.

With the passage of time, it is felt that the aforesaid penalties are on the lower side. Therefore, in order to achieve the objectives for which the Act in question was enacted by the State Government and also for more effective implementation of the said Act, a need has arisen to enhance the said penalties as specified in sub section 1 of Section 8 of the Act.

The Cabinet also approved amendment in the Official Language Act, 1967 by including Section 8 (3) under Section 8 (d) of the Punjab State Language (Amendment) Act, 2008 according to which in addition to punishment the provision of penalty against officers/officials who do not conduct official business in Punjabi language has been made. Accordingly, the provision has been made against the officer or official for violating the provisions of Punjab State Language Act, 1967 and Amendment Act, 2008 and various notifications made there under.