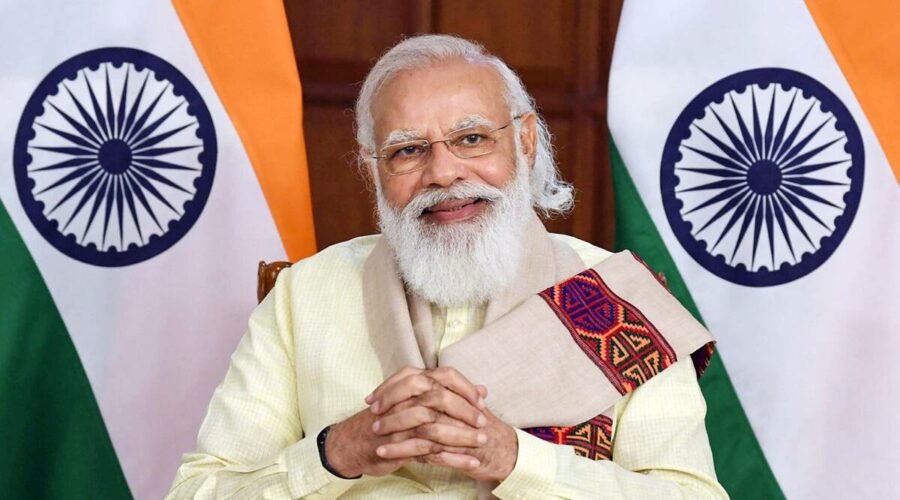 On the eve of Modi’s 71st birthday, Goa Governor announced financial aid to 71 institutions including orphanages and old-age homes Governor of Goa PS Sreedharan Pillai on Thursday praised Prime Minister Narendra Modi for his “brilliant management of the Covid-19 pandemic and for his ideas for a fully-developed India, i.e. ‘Atma Nirbhar Bharat’.”

“The country is blessed to have such a visionary leader devoted to the service of the nation and welfare of the people,” Pillai said in a statement issued by the Goa Raj Bhavan in connection with the Prime Minister’s birthday.

On the eve of Modi’s 71st birthday, the Governor announced financial aid to 71 institutions including orphanages and old-age homes, and declared that 71 persons would receive financial assistance to undergo dialysis treatment from the Raj Bhavan. The financial aid would be provided on a first-cum-first-serve basis through the Governor’s discretionary fund. The Raj Bhavan called for applications for the dialysis treatment by September 30.

Meanwhile, Goa BJP President Sadanand Tanavade on Thursday announced that the party will start the ‘Seva aur Samarpan Abhiyan’ from Modi’s birthday on Friday to October 7. He said that they had planned to send upto 40,000 postcards complimenting the work done by the Prime Minister to the Prime Minister’s Office. About 5 crore such postcards were to be sent from all over the country, Tanavade said.

“In his 20 years in electoral politics, Narendra Modi ji has taken very good decisions for the country. Whether it is the issue of removal of section 370 in J&K and making it a union territory, issues like Ram Mandir, triple talaq, Citizenship Amendment Act and many other issues, he has led the country through them very well. Many have had direct experiences. Now the respect we receive as Indians in foreign countries was not there before. Not just BJP but even common citizens should express these feelings to celebrate this between September 17 to October 7,” he said.

“On the occasion of the (PM’s) birthday, we will distribute fruits among the poor, RT-PCR aids for persons with disabilities and distribution of ration among the poor will also be carried out,” Tanavade added.

Legislative assembly polls are expected to be held in Goa in February-March 2022. Tanavade, however, said that these activities are not part of the party’s election campaign.

Cleaning of ponds, removal of plastic from ponds, tree plantation of 100 plants in every constituency, distribution of rations to the poor, blood donation camps are among the activities the party will carry out as a part of this drive, he said.

09/19/2021 Cities Comments Off on “Blessed to have such a visionary leader”: Goa governor marks Narendra Modi’s birthday
India