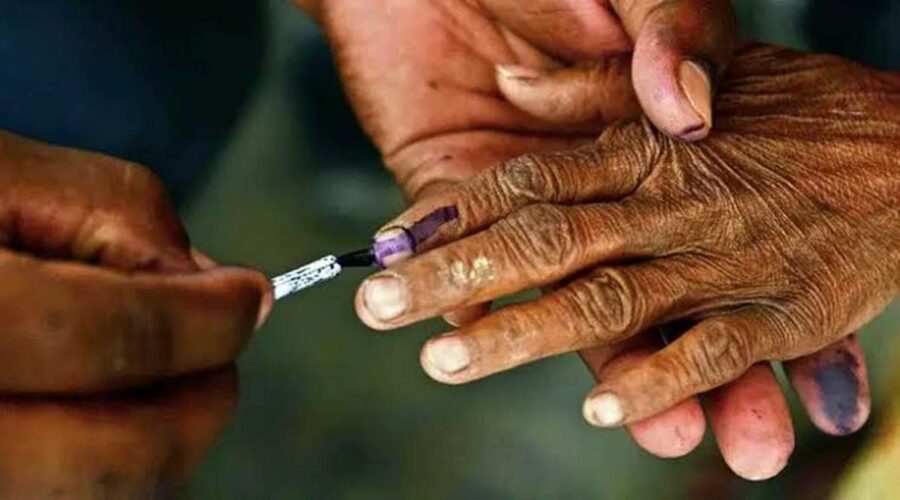 Terming the results as a victory of Maha Vikas Aghadi (MVA) government, Congress claimed that BJP suffered a blow due to its double standards on Maratha and OBC reservation issues. In a setback to the BJP, its tally fell from 31 to 22 seats in the Zilla Parishad bypolls held in six rural districts, though it still won the most number of seats among the four main parties. In the Panchayat Samiti bypolls, the Congress emerged as the single largest party winning 36 seats, followed by the BJP that won 33 seats.

Terming the results as a victory of Maha Vikas Aghadi (MVA) government, Congress claimed that BJP suffered a blow due to its double standards on Maratha and OBC reservation issues.

The elections to 85 seats in six Zilla Parishads of Dhule, Nandurbar, Akola, Washim, Nagpur and Palghar as well as 144 seats in the 37 Panchayat Samitis in these six districts was held on Tuesday.

The bypolls were necessitated after the Supreme Court struck down OBC reservation in local bodies for want of empirical data. These seats were converted into general category seats for the bypolls.

Following the Supreme Court order, the BJP had to vacate 31 seats, Congress 13, NCP 15 and Shiv Sena nine seats. The remaining seats that had gone to smaller parties and independents were also vacated.

In the bypolls, of the 85 Zilla Parishad seats, BJP won 22, Congress 19, NCP 15 and Shiv Sena 12. The remaining seats were won by the smaller parties and independents.

The Congress and Shiv Sena appear to be the main beneficiaries of the decline in BJP’s tally.

While BJP on Wednesday claimed that it has emerged as the single largest party, the Congress termed the outcome as a victory of the MVA government. “Congress’ 13 seats were vacated but it has won 19 seats. The party has bettered its performance. At the same time, 31 seats of BJP were vacated but it has managed to win only 22 seats. It is a huge setback to the BJP as voters have expressed their displeasure over its double standards on Maratha and OBC reservation issues,” said senior Congress Minister Ashok Chavan.

Despite losing nine of the 31 seats where it had won earlier, the BJP put on a brave face.

“If we take Zilla Parishad and Panchayat Samiti results together, 25 per cent of the seats were won by BJP. Independents and smaller parties have bagged 25 per cent of the seats. The remaining 50 per cent went to three ruling parties – Congress, NCP and Shiv Sena. The outcome shows how Shiv Sena’s political strength has declined,” said former chief minister Devendra Fadnavis. He added despite its “isolation”, BJP has emerged stronger in the bypolls.

State BJP president Chandrakant Patil said the MVA government had misused the administration and power to exercise influence in the bypolls.

Of the 144 seats in the Panchayat Samiti, Congress won 36 seats, BJP 33, Shiv Sena 23 and NCP 18. The remaining seats went to smaller parties and independents.

Irrigation Minister and NCP’s state president Jayant Patil said the results show that the people have rejected the BJP. “The MVA government has proved that it is with the people with its development agenda. Even in the next elections, the people will vote for MVA,” he added.