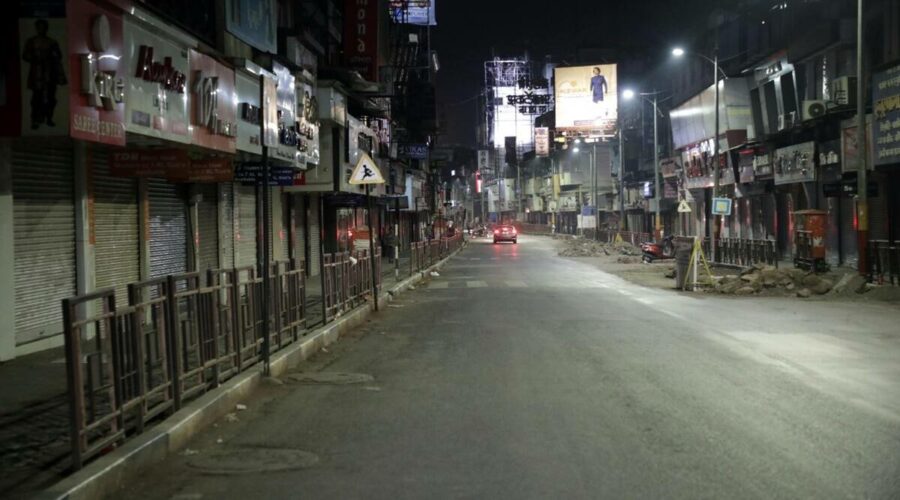 BJP MP Girish Bapat asked the state government to give free ration or financial assistance to the needy. The BJP on Friday slammed the Pune administration’s decision of imposing restrictions like shutting down of malls, restaurants and eateries for seven days and making PMPML bus service available only for essential workers.

The restrictions have been imposed following a recent surge in Covid-19 cases in the district. On Wednesday, the city recorded the highest-ever new Covid-19 infections — 8,593.

Saying that the move will affect needy citizens, BJP MP Girish Bapat said, “We don’t want the normal life of citizens to get affected due to the new restrictions. The BJP will be opposing the complete closure of PMPML bus service and the shutting down of eateries.”

He added that if the PMPML bus service is shut, it would add to the problems of senior citizens, patients and workers as they will not be able to commute. “Not everyone has their own vehicle. The PMPML service should continue, restricting seating capacity to 40 per cent,” Bapat said.

The authorities have declared that the manufacturing unit and private offices will run as per earlier norms, he said, adding, “It would be difficult for company workers to travel to workplaces if buses do not run. The administration should either provide special bus service for all workers.”

Speaking about closure of eateries, the BJP leader said, “There are many who rely on these eateries for food. I can understand citizens do spend a lot of time in restaurants but this can be checked if these are allowed to serve food to citizens who would stand and eat in the premises. Moreover, overcrowding can be checked if only five people are allowed at a time. This will discourage citizens from spending more time in restaurants or tea stalls,” he said.

Bapat added, “There are many eating joints that have closed down or suffered financially during the pandemic. They will collapse if the dine-in facility is not allowed.”

Asking the state government to take steps to ensure that people do not face any hardships, Bapat said the needy should be given free ration of financial assistance. “The focus should be to ensure the normal life of citizens is not affected while strictly enforcing discipline to contain the spread of Covid-19,” he added.

The BJP MP also opposed extension of timing of night curfew. “We had said that the night curfew should be from 8 pm to 6 am but the administration has increased the timing from 6 pm to 6 am,” he said, adding that the police should take the help of NGOs, NCC cadets and other social organisations to enforce Covid-19 rules.