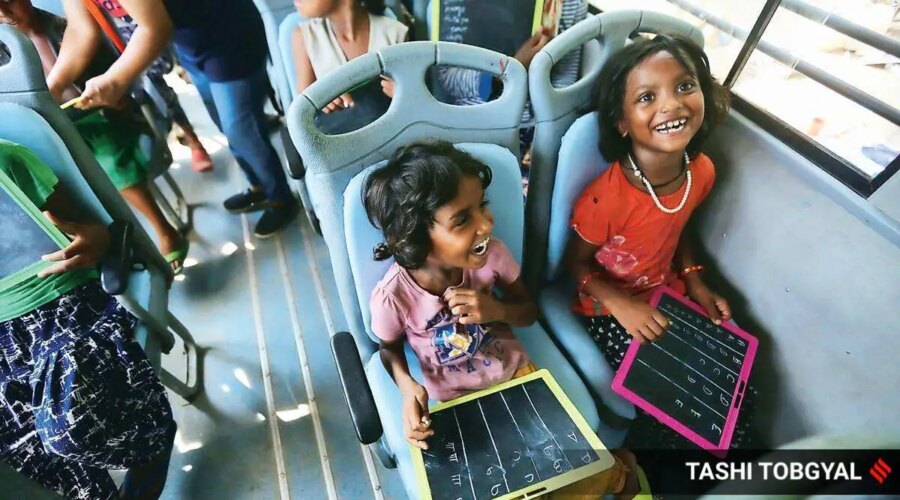 Designed to educate out-of-school children in refurbished Bangalore Metropolitan Transport Corporation (BMTC) buses, the scheme was taken up by the civic body spending Rs 4 lakh each to modify interiors of old BMTC buses. Initially scheduled to be launched in February this year, the school-on-wheels scheme of the Bruhat Bengaluru Mahanagara Palike (BBMP) in Bengaluru is expected to be rolled out after Dasara, officials claim.

“While all checks on the prototype of buses that have been readied for the scheme are complete, teachers and other staff will be assigned for each bus assisted by a representative of an NGO to help impart education in Montessori style,” the official said.

Meanwhile, Umesha B S, assistant commissioner (education), BBMP, said that a survey covering 30 lakh families was held across all eight zones to identify the education status of children. “Wards in which the implementation of the scheme will be initially launched will be identified based on this survey,” he clarified.

Earlier, a door-to-door survey was taken up with a focus on slums and areas with migrant workers’ settlements. The survey was conducted after the High Court of Karnataka had directed the state government to design a scheme to identify out-of-school children to ensure they are extended with the benefits of the Juvenile Justice (Care and Protection of Children) Act, 2015.

The school-on-wheels scheme was then taken up by the civic body spending Rs 4 lakh each to modify interiors of old BMTC buses to resemble them with Anganwadi classrooms.

10/10/2021 Cities Comments Off on Bengaluru: Delayed by 8 months, BBMP’s school-on-wheels scheme to begin after Dasara
India