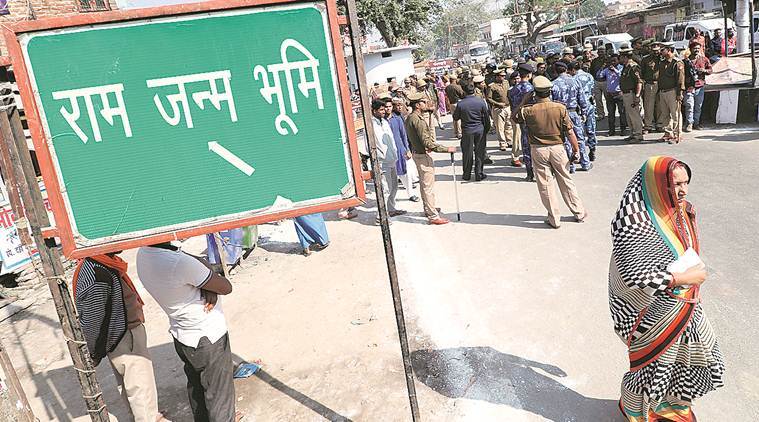 “Thousands and lakhs of people participate in the procession and if something goes wrong or some notorious elements create mischief, then it would damage the peaceful atmosphere,” Surat city Sirat-un-Nabi committee president Siraj Saiyed said. The annual procession during Eid-e-Milad, falling on November 10 this year, has been cancelled in Ahmedabad, Surat and Vadodara by members of the Sirat-un-Nabi committees of the respective cities Saturday afternoon. The decision was taken as a precautionary measure in view of the Ayodhya verdict given by the Supreme Court.

The birth anniversary of Prophet Muhammad is celebrated as Eid-e-Milad or Milad-un-Nabi by Muslims across the country, and usually a procession is held to mark the occasion.

The Eid-e-Milad committees had obtained permission from the police about 15 days ago to hold the procession and preparations had begun a week ago. However, on Saturday afternoon, the Supreme Court pronounced the title suit of the land in Ayodhya, where the 500-year old Babri mosque was destroyed in 1992, in favour of the deity of Ram Lalla. This made the committee members rethink the Eid-e-Milad celebrations and the procession planned for Sunday.

“Thousands and lakhs of people participate in the procession and if something goes wrong or some notorious elements create mischief, then it would damage the peaceful atmosphere,” Surat city Sirat-un-Nabi committee president Siraj Saiyed said. The Sirat-un-Nabi committee of Surat had called a meeting of its members, and political and religious leaders of the Muslim community to discuss whether the procession should be held or not. Saiyed added, “In a collective decision, we have decided to cancel the procession this year, keeping in mind the Ayodhya Ram temple verdict and the present communal harmony and peaceful atmosphere in the society.”

In Ahmedabad, Eid-e Milad-un-Nabi Central committee president Rafik Nagri, general secretary Habib Mev and other members also held a similar meeting. The committee members then signed a letter declaring the cancellation of the procession and circulated it on various WhatsApp groups and other social media. The committee’s Joint secretary Habib Mev confirmed the decision to cancel the procession, as did Vadodara committee president Chirag Shaikh.