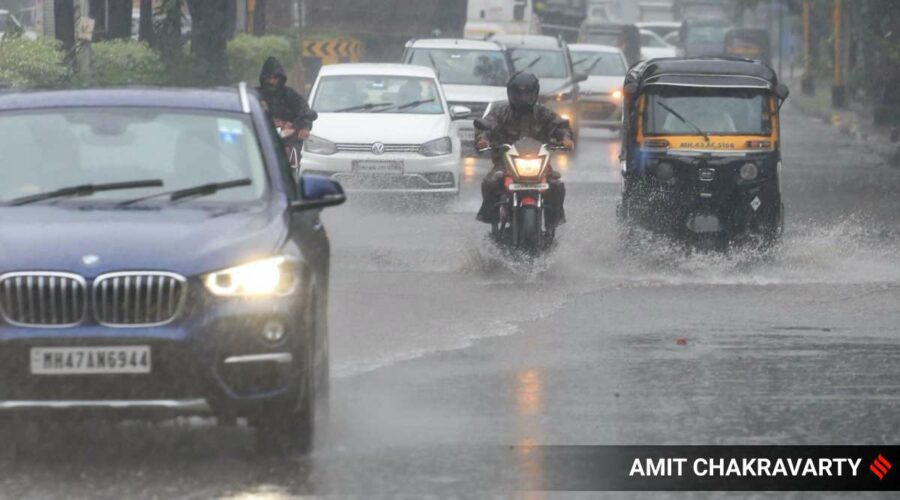 🔴 With a forecast of a partly cloudy sky with one or two spells of rain or thundershowers on Thursday, the day temperature is likely to rise to 29 degrees Celsius. Just a day earlier, the maximum temperature recorded at the Santacruz observatory was 33.3 degrees Celsius. Wednesday was the season’s coldest day so far.

With a forecast of a partly cloudy sky with one or two spells of rain or thundershowers on Thursday, the day temperature is likely to rise to 29 degrees Celsius. The rainfall intensity is likely to reduce from Thursday.

According to IMD, the lowest day temperature in December was recorded on December 6, 2017, at 23.3 degrees Celsius, when cyclone Ockhi passed by the Mumbai coast. Before Wednesday, Mumbai last year witnessed the second coldest December day since 2010 when the mercury dipped to 27.6 degrees Celsius.

The city also recorded the second highest 24-hour December rain on the first day of the month. With incessant light to moderate rain throughout the day, the Santacruz observatory recorded 28.6 mm of rainfall till 5.30 pm on Wednesday. The IMD’s Colaba observatory, in the same nine-hour period, recorded 27.6 mm of rain.

The last time Mumbai received heavy showers in December was on December 6, 2017, when 53.8 mm of rainfall was recorded in 24 hours, as Cyclone Ockhi passed by the city’s coast.

In the last decade, the city has rarely received heavy rainfall in December. On December 5, 2019, 1.2 mm rain was recorded and on December 13, 2014, 1.5 mm rainfall was recorded, which fall in the light rainfall category.

“There is rainfall owing to a cyclonic circulation over the south-east Arabian Sea and adjoining Lakshadweep, which now lies over south-east and adjoining east-central Arabian sea,” said Shubhangi Bhute, scientist at IMD Mumbai.

A fisherman warning has been issued as rain and thunderstorms are likely to continue in Palghar, Thane, Raigad and Mumbai till Thursday. “Fishermen are advised not to venture along and off the south Maharashtra-Goa coast,” said IMD.